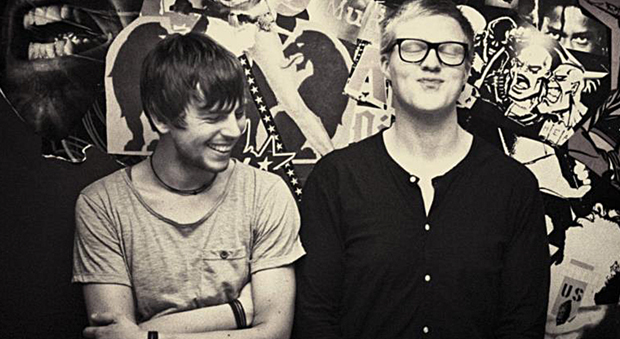 Andreas and Daniel have been DJs since the mid-90’s and producers since ’06. The two have released a catalogue of quality techno on labels like Fina Records, Freude am Tanzen and Milnor Modern; their 2011 tune “G.samsa” was included on Acid Pauli’s Get Lost V mix for Crosstown Rebels.

Taron-Trekka’s minimalistic and groovy style is what attracted us to them. We hope you enjoy the grooves too.

How did you first get introduced to underground dance music? How did Taron-Trekka come about?
We met up in the late 90’s and became friends. We often visited clubs like Distillery in Leipzig, Kassablanca in Jena or Muna, also a club in our living-area where we had really good input by artists like Jeff Mills, Theo Parrish, Ricardo Villalobos and some of the great locals which where really deep into house, jazz and techno. We also started djing at this time as D.M.S. and Crisder and some years later we also started producing our own tracks. At one point we decided making music together. Our first releases were on Freude am Tanzen and Brut/Blues.

Where is your home base? If someone were visiting there for the first time, what clubs and/or parties and/or restaurants would they want to check out?
We’re living in Jena. Our recommendations when you´re in the area: Buying Vinyl: Fatplastics Records; Food: Grünowski; Party: Schöne Freiheit at Kassablanca.

What advice would you give to an aspiring producer?
Only using equipment and sounds which are really needed.

What’s on the horizon for Taron-Trekka in 2016 and beyond?
We will Re-release some Brut/Blues “Classics” from Taron-Trekka on Freude am Tanzen and after finishing up our purple/yellow/black magic series on FAT we’re working on some new stuff.

Do you have any hobbies outside of music?
Traveling and sports.

What are some touristy things you guys do while playing in a foreign city?
Checking good foods, and when there’s enough time we also shop for some vinyl.

Name one of your go-to tracks…
Gemini – In my head