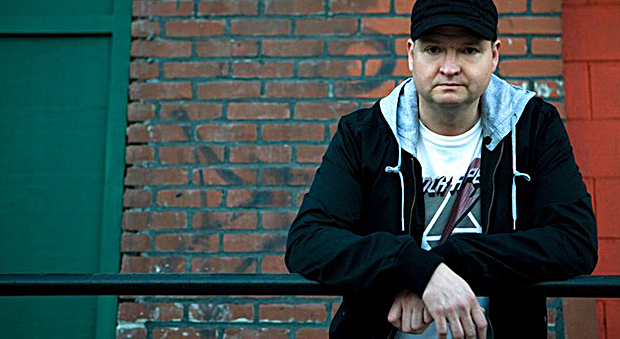 A staple in the LA underground since the early 90’s, Dan has had a tremendous influence on the world of house music. He’s played alongside elites like Carl Cox and John Digweed; produced and remixed innumerable tracks for labels such as Toolroom and Guesthouse Music; his record label, InStereo Recordings, has released music from many talented and well-respected artists, like Classixx, Sonny Fodera, DJ PP, Charles Feelgood, and of course DJ Dan himself.

A true legend all around, DJ Dan has a knack for fusing many different genres into his sets. We are ecstatic to have DJ Dan join the Lovecast ranks.

Check out his mix that is full with housey goodness with a dash of disco. Learn more about DJ Dan in the interview below

How did you get into this world of electronic music?
I’ve always been into music growing up. My family started buying me records when I was a kid….(many of these records I still have and have even sampled in my current productions). In high school I started going to clubs and became obsessed with the art of mixing and taught myself to mix records and make mix tapes as a side hobby. Back then, I never imagined being able to support myself through music so I decided to go college for fashion design (which was my second love) but I continued to go to clubs, buy records, and make mixes for friends.  Overall I used music as therapy and stress relief. After graduation, I moved to LA to look for a job in the design industry but I did not find any positions that I found interesting or inspiring. Meanwhile, I started going to underground events here in Los Angeles and one night I went out to hear Frankie Bones and met a promoter that really took an interest in me right away. I gave him some mixes and he asked me to play his party called “Altered States”. This was a 3 day event with Ron D Core, Barry Weaver and Doc Martin in a break in warehouse downtown LA. Something clicked and I knew I wanted to do this more than just a hobby. Ron D Core and I really hit it off and became great friends and started doing doing mix tapes together called DX2. We gave them out everywhere and put them in all the record stores on consignment. In turn, we were able to use the sales of the tapes for store credit so we could afford to buy our records which was amazing because I had a serious record addiction. At this time it was very common to run into promoters and other Dj’s at the record stores that would tell you about upcoming events and hire you for parties right there on the spot. The record store was our social gathering place and where we conducted business back in the day. Within 6 months of living in LA, Ron and I were playing every single weekend, sometimes 3 gigs a night up and down the coast from San Diego to LA. We also did a very successful after-hours party called No-Doz which is still legendary to this day. I eventually moved to San Francisco to start working with the Funky Tekno Tribe crew and started working in the studio. This is when I met Jim Hopkins and made “Loose Caboose” and then things really blew up for me. I was traveling to Berlin, Australia, Canada, London and all over America. This was the start of things and I am very blessed to be still playing out regularly today.

Who are some of your biggest influences growing up?
I was always drawn to Funk and Disco artists James Brown, Chic, Foxxy, Parliament, and The Gap Band and of course dance groups like Kraftwerk, New Order. Depeche Mode, Blondie and The Talking Heads. During high school I also became very influenced by bands like Ministry, Nitzer Ebb, Front 242 as well as many other New Wave bands like Duran Duran, The Cure, Tears For Fears, The B-52’s, The Smiths, Nina Hagen, The Police and many more.

Tell us about your label…
I started my label almost 15 years ago with the intention of signing artists that I believed in developing over the years as well as a home for my own music. My goal has always been to sign tracks that I would play in my own sets as well as signing artists I felt like had a bigger vision of the music going forward. I’ve signed many artists in the early days of their career such as Classixx, TJR, Wolfgang Gartner, Sonny Fodera, Mike Balance and more. For the last 2 years InStereo has been in the Top 10 highest selling house labels on Beatport and continues to lead the way with quality music whether it’ house, tech house, techno, breaks, disco house, nu-disco….whatever. As long as it’s quality I will get behind it 100%.

What are your impressions of the culture of House music today?
I think that what is happening in the House community today is really inspiring. There are so many labels doing their own events to push their artists and sound through underground events, that it is starting an underground revolution again. This is why I’ve been doing InStereo events in cities like LA, San Francisco and New York and am planning more as we speak. Having a team and crew of like minded artists for one goal is the way forward.

What do you have planned for the rest of 2016?
At the moment I am working on releasing singles off my latest album “Dj Dan & Friends” which will have remixes from many of my favorite artists. I am also working on a Tech-House album with a friend and it is going to be released as an alias. My name will not be on it but I’m sure you will know I’m involved based on the sound. I’ve already played many of the tracks out and am getting a great reaction. I will also be continuing more 2X4 dates with Donald Glaude as well as more InStereo dates to be announced soon.

Most memorable gig and favorite collab?
I think my most memorable gig was the first time I played at Burning Man. It really reinforced how music really is the the most beautiful thing that bonds us through emotion, energy and dancing. To lose yourself on the dance floor with friends (new and old) is the most freeing thing in the world. My favorite collaboration to this day still has to be “Loose Caboose” with Jim Hopkins. Our friendship really came through on this track and it really was the catalyst that pushed my career into the stratosphere. Because artists like Sasha, Lee Burridge, John Digweed, Craig Richards Carl Cox and Pete Tong supported this track, I became known in parts of the world I would have never been exposed to.

Can you tell us about this mix?
I was really inspired by many of the outdoor day parties I’ve played at this summer so I wanted to put together a mix that had an old school disco flavor mixed with a classic west coast hip hop vibe. I pulled out many older tracks for this one and it’s one of my favorite mixes I’ve put together in a while.

Favorite Drink?
Mojito’s of all flavors!