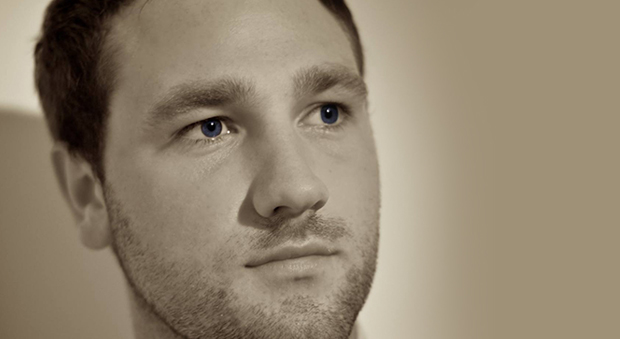 With previous releases on Hot Waves, Toolroom, Jeudi and Nervous, Lee is known for his driving house music that can rock many a party.

The experience of this promoter turned DJ turned producer runs deep, from producing large scale events to playing tunes for the dance floor at Space in Ibiza, Lee M Kelsall has done it all.

Happy days ahead for Lee and the Altus team, which consists of Tony Edit of Thee Cool Cats and MI4L long-time friend, Sean Roman. The first few releases the label has seen Vanilla Ace and Jey Kurmis come to the table. Many more great tunes on the way we’re sure of it!

In the meantime, check this mix from Lee M Kelsall recorded live in Mexico City; and learn more about Lee’s story in the interview below.

How did you first get introduced to underground dance music? What inspired you to turn an obsession into a profession?
I fell into the music scene by accident; I was first a club promoter while I was at Uni to pay me through that. Then came DJing at my own events originally to keep costs down, over time I grew as a promoter working with the likes of Maya Jane Coles, Derrick Carter, Damien Lazurus etc, and from there because I liked what these guys were doing I asked a friend from Uni to show me how to produce and my first track was signed with Jamie Jones and Lee Foss.

What has been the most exciting turning point of your career so far?
It’s all been amazing putting on Faithless to 2800 people at an event I was promotion manager on was cool, playing at Hideout Festival in Croatia was mega and Space in Ibiza was surreal to have come as a clubber then to be playing in this amazing venue – I will be sad to see it go.

I’ve enjoyed every part of the dance industry whether it be an up or a down. Watching people like Solomun, Jamie Jones and Maya Jane Coles playing my music is just unreal also!

What city do you call home? If we were visiting your hometown, what clubs and/or parties would we want to check out? What about restaurants?
I move around a lot 4 countries in the last 10 years. I’m currently in Mexico City, which is coo, there are some great artists in the city like Louie Fresco and Climbers.

If you came to México tomorrow you should check out Casa Morelos in Monterrey – This is an amazing venue it was an art gallery then at night becomes a club with an amazing roof. There has been some cool artists play there, I think this week is Pezzner.

For restaurants you gotta check out Fishers at 10 am on a Sunday Morning, after a party it is the only place you can go and continue to eat and drink. Mimosas in the sunshine!

What advice would you give to an aspiring producer trying to make their mark on the world? How much of it is being at the right place at the right time?
I’d say the market is saturated so networking is key as well as the music, you can have the best track in the world but unless bigger artists get hold of it and get playing it, it’s a difficult industry. Fortunately for me the networking as a promoter meant I have good relationships with bigger artists before they were big. Remember most big artists were warm up DJs at some point.

When I signed “On The Road” to Jamie Jones and Lee Foss that was about the timing. I sent Lee a message and 30 seconds later he replied asking if he could sign it. Other times I’ve message him and its been weeks on a reply because he is now touring all the time.

I’ve seen some negative comments recently about big labels never listening to tracks. When you think Jamie Jones for example, gigs over 250 times a year when he is not playing he is sleeping so it’s obvious that he will listen to people he knows before random people.

What’s on the horizon for Lee Kelsall and Altus Project in 2016 and beyond?
I took a few months off producing after having 4 releases with Toolroom. I am now going back into the studio and I’ve found a vocalist with a Frank Sinatra sounding voice who I want to try and use in my production to give them something special. Altus Project had a good few first releases with Vanilla Ace, Jey Kurmis, Thee Cool Cats and Newbie Nerdz.

In August, Tony from Thee Cool Cats is going to take an A&R role along with Sean Roman on the label so expect some fresh new sounds coming out of the label.

Dream gig…
I don’t want to say an obvious one but surely everyone’s dream gig is DC10.

Dream collab…
I´m a massive fan of Jonas Rathsman so Id love to spend a weekend in the studio with him.

Dream label…
It has to be Black Butter Records – Consistently amazing!

Hobbies outside of music…
Interesting fact – I’m now an author and currently writing an academic book for the International Baccalaureate in Business & Management. (Not just a pretty face)

What touristy activities do you like doing when visiting a foreign city?
I do the Top 10 on TripAdvisor every country I go. It’s great because I’ve seen so much in the last 4 years it’s been mega!!

Name one track that has been lighting up dance floors for you…
The first track on my mix …Cera Alba ’89 – I’ve known Liam for nearly 10 years he used to work in a shop in Leeds, UK. He has had an amazing 3-4 years with the production side so it’s always cool to someone grow and follow his journey. This track 89 on the breakdown is going to do some damage in the Summer. I think it is released in a month or so on MadTech.

Tell us about your mix…
Recorded live in Mexico City, I tried to keep it housey something that will get you groovin’, there are some cool tracks from Juliet Sikora on Kittball and Solardo on Roush. I hope you enjoy it!

Drink of choice…
I drink tequila!