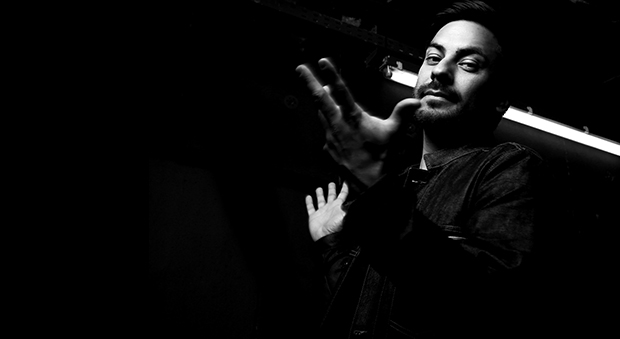 A catalogue staple on the pristine French label Circus Company, Dave’s far out productions have also been released by Hypercolour; Pets Recordings; and most recently, Delusions Of Grandeur and Music For Freaks.

Dave Aju’s avant-garde flavor exudes the California vibes he grew up with–a quality that strikes our hearts dearly. We’ve been a big fan of Dave’s for quite some time so it’s an honor to feature him. Having just reached 3,000,000 plays on SoundCloud, this mix is the icing on the cake for the milestone moment.

Learn more about Dave Aju in the interview below…

Thanks so much for taking the time out of your busy schedule to make a mix and chat with us. Big fans!
Cheers, my pleasure guys

How did you first get introduced to house music? What is the most challenging aspect of being a full-time musician?
I first started hearing house music at some of the youth nights at clubs in the South Bay I’d go to with friends and our dance crews around the early to mid 90s. My brother used to spin some early house cuts in some of his more eclectic sets too, and there was also a late-night show on SF radio station KMEL called Ya Mama’s House that always had the underground house jams.

Hmm, I’d say maybe time-management and finding the right balance between socializing and solitude are the most challenging parts of full-time artistry for me.

How did you link up Luke Solomon and Justin Harris for your Freee Lover EP on Music For Freaks?
We’d been fans of each other’s work for a while. We finally got together last year in collaboration by trading remixes for our respective albums on Circus Company and Rebirth. Moving on to releasing some original works together seemed like the next logical step, and having an EP on MFF now after digging their output for so many years is a true blessing!

What city do you call home? If we were visiting your hometown, what clubs and/or parties and/or restaurants would we want to check out?
I’m currently working out of Berlin, but I was born in the Bay and spent so many of my years in San Francisco, so that will always be considered home in a way. With that in mind I would recommend some of the spots I always make the rounds and hit when I return a few times a year like Yank Sing for shanghai dumplings, Señor Sisig for crazy Filipino food truck goodness, Hog Island for Kumamoto oysters, a bunch of solid taquerias for proper burritos like Guadaljara or El Farolito. For clubs and parties, there are some classic events still going strong like Sunset’s boat parties or the annual epic Campout, the Wednesday weekly fam jam at Houspitality, and some pretty great lineups at As You Like It events, along with some staple nights like Werd and We Are Monsters at clubs like Monarch, and the boogie/modern soul Sunday weekly Sweaterfunk which has been holding it down for years now.

Any interesting studio rituals when producing music or prepping for a session?
I gotta have room to bounce around and fully vibe out when needed.. in between and on breaks I like to listen to totally different styles of music to refresh the ears, but during a session and especially when wrapping things up, it’s gotta pass my floor test – does it make you wanna leap into a cypher and cut up some rug? I obviously love deeper and headier stuff too, but the dancer roots in me usually take over in the end. Closing your eyes from time to time while working can really help make sense of things too.

What’s on the horizon for Dave Aju in 2016 and beyond?
Aside from the Freee Lover EP for Music For Freaks, there’s also a remix for Thatmanmonks just out on Jimpster’s Delusions Of Grandeur label that is getting some good feedback right now, as well as an upcoming EP on Black Catalogue in Detroit, and a new one for Musik Krause in Jena. I’m also wrapping up some new material for Circus Company and Thema, and have an EP for Matthew Herbert’s Accidental label including a remix of his own which should be out by the fall looks like.

Dream gig…
Opening for my father’s band Chamberpot in the 70s.

Dream collab…
There also are a ton of fantasy and now-deceased collabs I can dream of too, but one possibly realistic one I have would be with Shock G from Digital Underground.. an exceptionally underrated producer. I think our jazz, funk, and Bay roots would flow well together, let’s see.

Name one track that is currently in all your sets…
There’s a yet to be released track by my homies Cristobal Urbina and Colin aka The Mole called “UFOs” that is just ridiculous, kind of a bleepy space funk jam, seems to always fit into my sets these days.

Tell us about your mix…
It’s a Spring Mix so goes a into a bit deeper, warm-weather territory. I also just had an expansive music session with some friends recently which opened me up to some more ambient and textural stuff, so this mix has that influence too, a little more relaxed and trippy than I would drop in a straight-up club set for example.

Drink of choice…
I’ve always been an orange soda and variations thereof junkie, so the current preferred grown folk version be like an Americano or Campari and soda with an orange slice, bring on the Summertime!