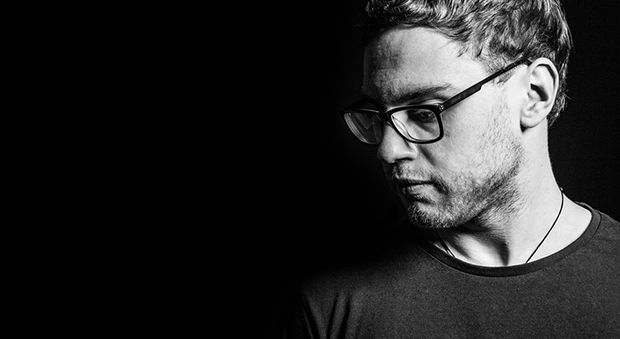 Josh Butler has been making music in the UK the majority of his life. As a young lad Josh fiddled with sequencers to create jams for his friends; nowadays you can find Josh Butler producing house music for people like Cajmere, Noir and Kerri Chandler. His award-winning work ethic and dance music ethos has led Josh into a plethora of top-notch gigs around Europe; including Ministry of Sound, Do Not Sleep, and a 13-week residency for Tribal Sessions at Sankeys Ibiza.

Josh Butler’s jams are bouncy and fun. We’re ecstatic to add him to our Lovecast roster.

Read the interview below to learn more about Josh Butler…

How did you first get introduced to dance music? What inspired you to turn your obsession into a profession?
I was introduced to it through radio at a pretty young age via Radio 1 and local dance music shows. My Mum’s always been into house music and bought me some compilation CDs like Pasha and MOS.

My Dad’s friend lent me a Playstation game called ‘Music’, which was a basic sequencer with pre-made loops and stuff. I loved it and started to make songs. I remember recording them to tape and taking them to my friend’s birthday parties, pestering the DJ to play them haha… I must have only been 10 years old or something. As I became older my interest just grew and I started to use more advanced software. That’s not far off 20 years ago now and I’m still hooked!

What has been the most exciting turning point of your career so far?
It has to be playing out in Ibiza. I first went when I was 18 and fell in love with the island. This will be my 4th season of DJing out there now and it’s a dream come true.

What city do you call home? What’s the scene like there? If we were visiting your hometown, what clubs and/or parties would we want to check out?
The closest city to where I live is Manchester, which has a lot of musical history…Factory records, Joy Division, New Order, The Haçienda, The Stone Roses etc. I think that creative feeling is still very much alive in the city! Sankeys is a must visit weekend spot too. Also my friends run a cool club night called Selective Hearing. They find unconventional spaces in the city for their parties. Then Sunday afternoons are Zutekh, which brings some of the finest techno names around!

What inspired your 3-part vinyl series, KAHU?
KAHU is a little side project I started that allowed me to experiment with some slightly different genres but it’s still music that I can play in my DJ sets at the right time. The style is more tribal and techno influenced than my usual releases. In Maori mythology it was a symbol of good luck if a KAHU flew over your camp during a tribal meeting.

New Zealand has also played a big part in my life as I spent most of my teenage years living in the North Island. It made sense to me with the way the track style evolved and let me reflect back on some great memories.

How did you score a 13-week Tribal Sessions residency at Sankeys Ibiza?
I’ve been playing for Sankeys Ibiza for 3 years now and each year doing more dates with them. This year they asked me to play every second Saturday for Tribal Sessions. We kick off on the 7th May! I’m so excited!

What advice would you give to an aspiring producer trying to make their mark on the world?
First of all, spend time learning your craft and don’t try to do anything by halves. Go and meet people with similar interests and collaborate with them. Be humble, treat everyone well and make friends.

What’s on the horizon for Josh Butler in 2016 and beyond?
Music wise I’m working with Joris Voorn and his Rejected label, my first EP there is due out early June. Then over summer I have a release on Kerri Chandler’s Kaoz Theory along with some remixes for Gruuv and Ralph Lawson.

Dream collab…
One of them has just happened, but I can’t say who with just yet… more info soon…

Tell us about your mix…
I did this mix with Sankeys Basement in mind. Warming myself up for Tribal Sessions.