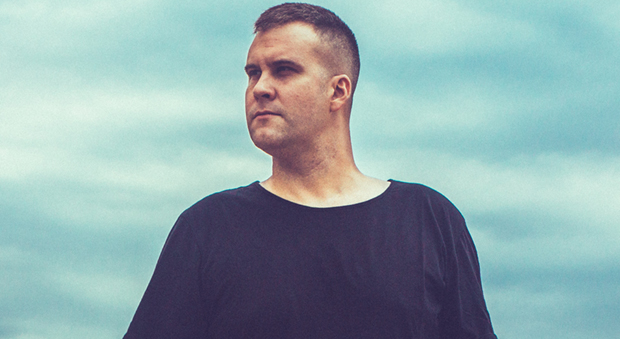 Spanish producer and Sincopat label boss, AFFKT, has been gracing our souls with his melodic techno since 2008. He’s released original music on a grip of prominent record labels; such as Suara, Noir, Kling Klong, and of course Sincopat.

AFFKT is gearing up for his second full-length album that he’s promising will be delivered by the end of 2016. In the spirit of this monumental album, AFFKT has released the third advanced EP containing two singles: “San Diego” and “Oxi”, which just came out on March 21st.

This producer, touring DJ, studio engineer, and label owner is as ambitious and he is talented. We’re very pleased to add AFFKT to our ever-growing Lovecast roster.

Where are you currently based? How important is location to have a successful career in this industry?

I am living in a little sea village near to Valencia city in Spain, July and August is totally packed of people with a holiday mood but the rest of the year is super relaxed and the winters are normally soft so is great place to live and is quite chill over here. Plus the studio is just 10 km from my place, so far enough to be sure that I will disconnect when I am at home.

I guess is easy to travel in other places, also being surrounded by other producers is always interesting but think is something definitive, most important is to have something special to say wherever you are.

When did music production become a serious part of your life? When did you know that you were going to continue doing this professionally?

Sometimes I think about this, but I am not sure when it was, I always had clear I wanted to do something artistically, as music was in my life since I was a child all just arrive in a natural way.

Music and production as been something essential since I was 12 or 13 but it was gradual.

What has been on highlight moment of your career up until now?

I had some musical highlights in my career but personally I am really proud in the point I am right now, I have the feeling I am able to convert in sounds all the craziness is inside my head. Also prove myself I can be with my artist career, plus Sincopat and Pobla is without any doubt my highlight till now.

Do you produce music on the road?

Yes, I totally believe in how being in different places makes you feel different, so if you are able to translate this in sounds just do it! Most of the times are just some beats or a rough idea of a melody that perhaps will become a track.

What advice would you give to an aspiring producer?

Try to learn a bit every day, be focus and have clear what are you looking for with your music. And be honest to your values!

Theres so much but today I have in mind this one:

It is a Drum & Bass anthem and influence me a lot back in the days… And still sounding timeless.

Is there anything special coming up in the near future that people should know about?

Yes, there are coming some new releases for Suara, NM2, Exploited, … And  my second album will be release after summer.

All what is coming is a new step in my sound so really excited to feel the people reaction, for now my first EPs this year, the Kling Klong EP along Thomas Gandey and my last Sincopat EP worked fantastic.

Anywhere I could have good friends around… and a good sound system always helps.

This one is easy… Sincopat

Also so many to choose one, nowadays if I say just one would be Patrice Bäumel.

Mix was recorded with 2 CDJs and A&H92 mixer in the Sincopat offices miniclub. Includes music I love at the moment also some pieces of my next album like ‘San Diego’ and not much more to say that I hope people enjoy listening.