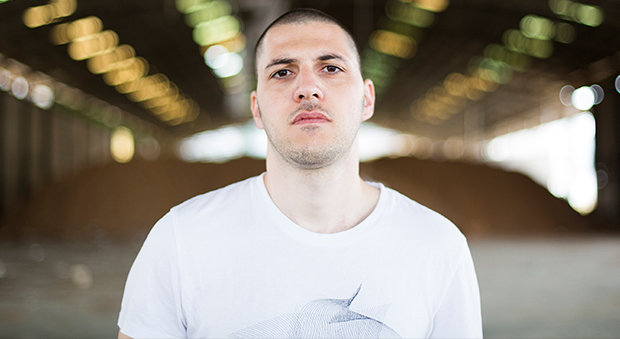 Ran Salman started his career as a musician years ago and in 2008 released his first album ‘Lucid Dreaming’. Producing under the alias ‘Eastern Spirit‘ he was originally creating world/chill out style music and as one half of a duo, received much support in this genre. After this phase in his career, Ran evolved and opted for a solo career as a DJ and producer.

His sound was influenced by a broad range of electronic music styles which included house, deep house, techno and disco. Pretty soon, Ran found himself expressing his thoughts and emotions through instruments such as analog synthesizers, drum machines, bass guitar and even his own voice. Ran’s music spectrum is very broad. It can span from emotionally deep spacey melodies, (the kind that make you want to close your eyes and fly on the dance floor), to a more techy, edgier sounding vibe.

Over the years, Ran has gained huge support from the likes of Agents of Time,Fur Coat, Marc Romboy, Stephan Bodzin, Chris Liebing, Sébastien Léger, Hernan Cattaneo,Nick Warren and more. In 2014 Ran officaily joined to the successful Berlin based label Steyoyoke, with his ‘Fractured Memories’ EP. Consisting of remixes from two music maestros Patrick Podage and Soul Button, it also reveals his own wistful vocals and been releasing consistently under Steyoyoke or Steyoyoke Black labels since then.

His current focus has turned towards performing astounding live show with only his productions, combining top of the line controllers, drum machines and synthesizers, checkout the tour dates see where Ran is playing live next.

How did you get mixed up in this crazy world of electronic music?
I discovered electronic music in the 90’s, Loved the club vibes back in those days and started DJing and to produce in the late 90’s. I produced electronic, world music and chillout and sometimes deep house but most of my focus was on more chillout music and I have several releases, the most significant one was an album in 2008 called ‘Lucid Dreaming’ under the monkier Eastern Spirit.

Who were some of your biggest influences growing up?
It ranges between John Digweed, Sasha, Danny Tenaglia, Deep Dish and Pink Floyd, Steven Wilson to name a few.

Can you tell us a little about you studio set up?
Yes, I have a very nice place in Tel Aviv, I’m using External hardware such Moog Voyager, Roland Juno 106, Moog Slim Phatty, Roland T-8 and Access Virus TI Polar all connected to my Motu Firewire audio device.  My DAW is Ableton Live 9.5.

How did you get involved with the Steyoyoke crew?
It’s a funny story, I sent Steyoyoke demos via email but didn’t get a reply and about a month later Soul Button the owner of Steyoyoke sent me a message on Facebook saying he saw a Live set video of mine and he loved the music, after a few months I released my first EP on Steyoyoke called ‘Fractured Memories’.

Some of your favorite records at the moment?
Fur Coat, Agents of Time, Alex Niggemann, Hunter/Game, Mind Against, Tale of Us, Stephan Bodzin and my friends at Steyoyoke.

Dream artists to have remix one of your tunes?
Mind Against, Tale of Us, Maceo Plex.

When not listening to electronic music, what do you vibe on?
Nowdays I really love Steven Wilson album ‘Hand. Cannot. Erase.’ usually I always listen to electronic but some years ago I was digging Reggae, Dub and Classic Rock.

Can you tell us about this mix?
I made this mix while flying to Berlin, it has some tracks that I’m digging at the moment, some unreleased, promos and a few tracks of mine. The overall vibe of the mix is what I’m into right now.