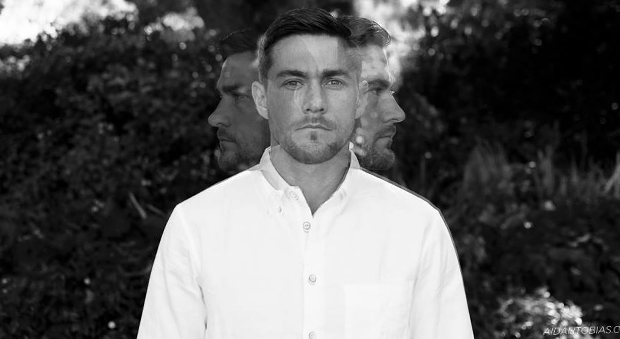 Over a decade in the electronic music world, Matt Hardinge‘s musical outlook has led him to become a successful DJ, label owner, event curator, and producer. Matt’s DJ sets emanate a deep, dark sexy vibe, and his distinctive sound comes from a fusions of deep house, tech house, and techno.

In 2009, Matt began a residency at the world famous London venue, The Ministry of Sound, this lent him valuable experience playing to huge crowds and led him to share the decks with some of the worlds best ‘big room’ DJ’s. Following this stint, Matt dug deeper into the realms of the underground and started his own record label and event series called Motek. The series began as an intimate event night hosting 200 people in London nightclubs and as momentum was built it was quickly propelled to massive 1,500+ events in the warehouses, rooftops, and abandoned railway tunnels.

How did you get mixed up in this crazy world of electronic music?
It was a chance encounter with a Sasha and Digweed show in New York as a teenager, I haven’t looked back since!

Who were some of your biggest influences growing up?
My biggest musical influences growing up weren’t actually electronic artists, in fact I used to have a much broader taste in music and was influenced by a variety of styles. Some of my favourites growing up were guys like Rage Against The Machine, Beastie Boys, Nas, Nirvana, Bob Marley and of course Depeche Mode. My first album was Michael Jackson’s Bad on cassette tape!

Can you tell us a little about your label Motek and what your plans with the label?
Since the launch of the label we’ve seen a variety of great artists release with us such as: Eric Volta, Louie Fresco, My Favorite Robot, Metrika, Balcazar & Sordo, Namito, Maher Daniel, Thermal Bear, Just Her + many many more. Despite releasing such a strong lineup of established artists, the aim of the label is not to go after the ‘big guns’ but to give a platform to the artists that need it. I’m talking about the guys that may not be the ‘trendy’ names at the moment but are still producing quality music that deserves a release. So much of this industry is based around hype and we’re not about that so we’re going to do things a little differently and give a chance to those we feel deserve it.

Any advice to artists when submitting music to a label?
We receive dozens of demos a day and to be honest, most of them barely get a look. You can tell who just copy and pasted the message, the bcc emails etc. If you’re sending a track a label, make it personal, show that you know the label you are submitting to and make sure your music fits the label’s style. If you waste and A&R’s time once, I guarantee your next demo won’t even get opened!

Some of your favorite records at the moment?
After listening to so much music day in day out it’s really hard to pick a favourite of the moment. The best tracks are those that never get old and being slightly biased Namito’s remix of my collaboration with Stevie R & Shawni ‘Measuring The Universe’ is one of those tracks that just keeps on giving.

Dream artists to have on the label?
Like I said, we aren’t after the BIG names. The guys I like are the up and coming producers that spend the time in the studio making quality music, not running around the scene ‘networking’. These are the guys that deserve the chance and they are the ones I will offer the platform to.

What do you have planned for 2016?
Label wise we have a lot of massive releases in the pipeline as well as some very exciting label showcases around the world which will be made public in the coming months.

Personally I am enjoying taking a step back from the regular touring I did over the past few years and have been working on a new top secret project. I wish I could share, but I can’t!

Can you tell us about this mix?
The mix has no set agenda, it includes some tracks that I’ve been enjoying recently, a few of my own productions and a preview of a great track we’re releasing soon on Motek.