Lovecast Episode 123 – Jelly For The Babies 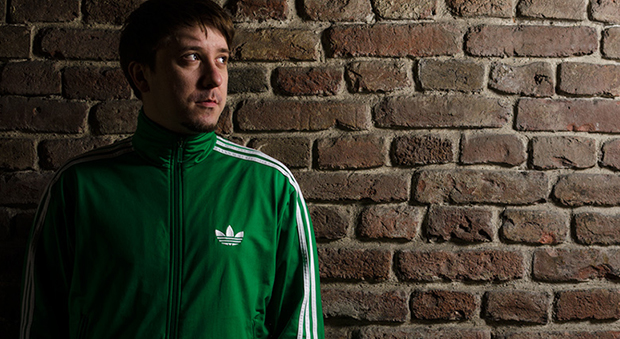 It is said that hard times can forge a hard work ethic. For Marijan Raskovic, aka Jelly For The Babies, this is certainly the case. For Marijan, music is life. His first synthesiser was a Casio SA-20, and the 100 sound banks that it came with were enough to capture his heart. Coming from the time of a severe economic crash in Pancevo, Serbia, Marijan struggled for a better life, while learning the ins and outs of music production on his home computer. Over the years, he has refined his approach, and his “Jelly For The Babies” moniker pioneers what he calls the “candy flavoured sound.”

Lovecast Episode 123 – Jelly For The Babies

How did you get mixed up in this crazy world of electronic music?
Mom and dad had some music from Jean Michel Jarre, Vangelis, Enigma, Kraftwerk plus they bought me synthesizer when I was young so it was just matter of time when will I became a musician. I studied harmonica in musical school but only for a year and a half.

Who were some of your biggest influences growing up?
Prodigy had the biggest impact in me, but also all mentioned artists above.

Many may not be familiar with the music scene is Serbia, can you tell us a little about it there and what keeps it thriving?
We are doing our best to improve the scene here in Serbia. Of course it is a battle in between underground clubs who are not so profitable as commercial ones. Still we have Exit festival, Love festival and couple of clubs that are bringing really strong names from electronic music scene.

We love your label, The Purr Music, can you tell us a little about your label and what your objective is with it?
With great help from my friend Milos, label manager of Balkan Connection, one of the best progressive house labels on the world, Milos Miladinovic, and Filip Fisher, who is helping me out with the releases, we united our ideas and created The Purr, label that is focused mostly on deep electronic music. We want to represent and support all artists that have quality, from known deep house artists to those who are rookies but have quality. I am also starting a new imprint, titled as One Of A Kind, with my friend Bonaca, but for now I don’t want to discover so much…it will be a good one!

You release so much music, what is your secret to putting out so much music of quality all the time?
When I have inspiration I am in studio 24/7 till I finish what I have started. I firstly do raw sketch of my idea and than day by day I shape it up.

Favorite piece of gear in the studio?
Monitors

When not listening to electronic music, what do you vibe on?
Old skool hip-hop, chill out, lounge…

Who are some of you favorite producers who you would love to have on The Purr?
Pablo Bolivar, Bedouin, Oliver Schories…For a good names you need funds, and it’s hard when you live and work in Serbia…But if you want to succeed you need to invest, time and money. I have time for now hahaha

What can we expect from you and The Purr 2016?
Lots of new artists and great music! Some label gigs in Serbia as well!

Can you tell us about this mix?
This mix is fully describes my feelings these days