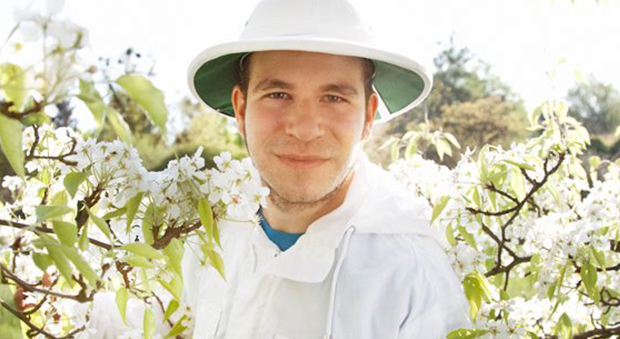 Shir Khan is without a doubt one of the unsung heroes among the underground music community. The man behind mega Berlin label, Exploited Records, Shir Khan is not only a selfless leader, he has a knack for discovering raw talent and nurturing it to the surface for the whole world to see.

His influence is evident–having developed and pushed the careers of such superstars as Claptone, Adana Twins, Doctor Dru, Homework, and most recently Joyce Muniz. What started out as a mix CD, Exploited has grown beyond Shir Khan’s imagination and has claimed Beatport’s Top 10 on five different occasions.

Label owner, producer, remixer, promoter, radio host, and world renowned DJ, Shir Khan is thee definition of a “jack-of-all-trades;” and it doesn’t happen by accident–it’s the product of hard work day in and day out, maintaining a clear vision, and practicing profound leadership to bring the right people together.

We’re super proud to feature such an influential character on the Lovecast series. We hope you enjoy the mixture of music he’s provided and his story in the interview below.

Thanks for taking the time to chat with us and putting together a mix for our Lovecast series. We’re proud to have you on—big Exploited fans!

How did you first get introduced to house music? What inspired you to transform an obsession into a career?
Wasn’t really into house music in the first place. When I was a Skateboarder (at the age of 10 I started) I was listening mainly to Skaterock, Punkrock, New York Hardcore – but I also loved the early wave of Hip Hop. At some point I became a Hip Hop DJ. The first House DJ I saw in my life was DJ Dixon at WMF Club in Berlin. He was also the only House DJ that I liked and I said to my friends….I don’t like house and techno music but the way he plays I like. I remember he played a Mix of French House which was popular around this time but he kept it quite deep. It took many more years though that I opened myself up for becoming a House DJ – actually I would not call myself a real House DJ – I might be still an eclectic DJ.

What motivated you to start up Exploited? What do you think is the key element to building and maintaining a successful brand?
My original motivation was to release my own mix tapes. But when I started, mixtapes were not the thing anymore – so you probably would do a Mix-CD. The first releases on Exploited were actually 2 illegal Mix-CDs of mine (released in 2006). Since I didnt clear any of the rights for the tracks on it – someone found out quickly – all CDs had to be shipped back and then destroyed:) So next thing you know – lets make another Mix-CD but this time official – this was the Myspace Times…I discovered a lot of talent via Myspace such as Duke Dumont and plenty of other hot names around this time and managed to clear all rights. So I did a double Mix-CD which was called “Maximize“ – an answer to the Blog House Phenomena and a clear NO to boring Minimal Techno which was over-present specially in Berlin around 2005/2006. That CD was quite a success and people started coming to me – offering me music and that’s how it all started.

What do you think is the most challenging part of running a label? Do you think pressing vinyl is a necessity to set yourself apart these days?
Lots of new crews here doing Vinyl Only Releases. It def sets you apart. What I don’t like about it is that it kind of excludes also a generation of mine which was totally built on Vinyl (who started with Vinyl, then played CDs and then with USB Sticks). So sometimes I think these kids just wanna be cool. However – Vinyl to me has always been the main thing for sure. I have around 10 000 Records at home. The most challenging part of running a record label is not to repeat yourself and to take risks. I have no respect for people going the safe way. Sorry.

What’s on the horizon for you and Exploited in 2016?
We have got new singles coming from a few guests such as our friend Kiki from Bpitch and Douglas Greed from Freude Am Tanzen Crew. We also have new stuff from Kyodai and Joyce Muniz and plenty of more stuff.

Dream gig…
All the crew at Warung Beach Club – it was planned already 2 years ago but still has not happened.

Dream collab…
Would be either with Matthew Dear, KINK or Matthew Herbert.

Name one track that has been lighting up the dance floors…
&Me – Woods – incredible what &Me did there. He is probably one of the best producers out there at the moment. Berlin in the house!

Tell us about your mix…
I am currently in Asia and recently played a gig in Dhaka, Bangladesh. It’s not where many DJs go or even play out – but its quite an exciting place. I found myself playing quite a lot of tunes you can hear in this set I did for you guys.

Drink of choice…
Soda Water with Cucumber or Vodka Soda