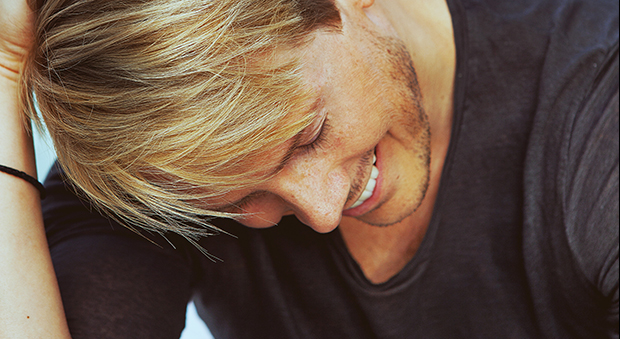 German DJ & producer Phil Fuldner is on a steady track to the top–from producing house music for some of the industry’s hottest labels, including Get Physical, Kittball, and Mother Recordings; to promoting his own party with friend Ulf Alexander called Phil’s Licks at Hotel Shangai in Essen, whose recent guests include Tube & Berger, Animal Trainer, Kruse & Nuernberg, Larse, Ian Pooley, Nora En Pure, Zombie Disco Squad, and Digitalism.

We’re excited to add such a prominent figure in the German scene to the Lovecast roster, and grateful he made time for us amongst a busy, busy schedule. Learn more about Phil in the interview below.

Thanks for taking the time to chat with us, Phil.
My pleasure!

What first inspired you to get into house music? Which came first the DJ or the producer?
I can say that I have been with House Music from the very start. I was very young when Acid House and Hip House hit Germany and I was completely into it. My elder sister used to feed me with all that late 70’s, early 80’s Funk, Disco and of course Rap and Hip Hop stuff. House Music gave me that same energy and enthusiasm so it was a natural process. I started off DJing and took some first steps into producing about two years later.

Where are you based currently? How does the local scene inspire you?
I live in the Ruhr Area, which was the industrial heart of Germany with a high-density population but also very large green areas. I really love being here but also enjoy my nice little flat in Berlin Steglitz. So I live and work here and there, especially when it comes to songwriting and producing. I love the crowd over here in Germany in general. Lots of people have real classy taste, at least some of the time.

Get Physical, Kittball, and next up Mother Recordings—how have you linked up with such hot labels? What do you think is the key element for an aspiring producer when it comes to pitching music to labels and getting noticed?
Most of the guys I have known personally for ages and some of them even became close friends. So when you have a cool tune that fits, a big release sometimes is just a phone call away. My advice for young artists: Create your own musical style, your own signature. You will always be one step ahead when you are one step beyond the beaten musical tracks. Then go to as much parties and festivals as you can to see or get in touch with DJs, promoters or bookers. Be kind and be yourself then you might become a part of the family and get the chance to play them some of your creations.

What’s on the horizon for you in 2016?
We have big Plans for 2016 with my new agency “Wilde”. I will be back on Kittball of course and will also release on Snatch! And Toolroom. You will also find me back on the Microphone. I did a collaboration with my homie Ante Perry recently which features my lyrics. This will be my first vocal appearance in years by the way. Furthermore I’ll keep pushing my own party brand: “Phil’s Licks” at famous club “Hotel Shanghai” in Essen, Germany. We will have some great guest artists this year like Mat.Joe and Loco Dice.

Name one track that has been rockin’ dance floors for you recently…
Billy Kenny “Flashin’ Lights” I love this guy’s housey uk-garage vibes. I’m sure we will hear a lot more of him in the near future!

Tell us about your mix…
I love crafty strong moog sounds as well as great vocals on cool house backings. It just has to move you with an artful twist and not be taken too serious. I hope for the mix to transport this feeling: Edutainment with a huge feel-good-factor!