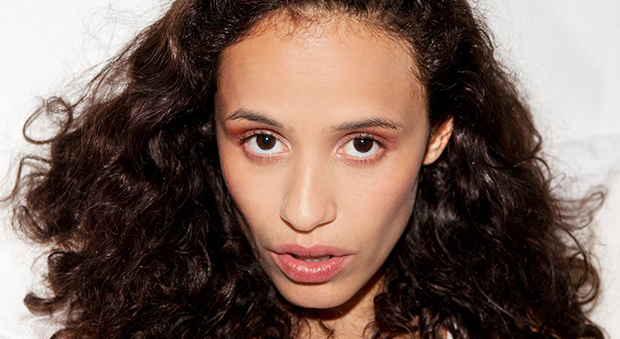 Unless you’ve been living under a rock of late, you would have definitely caught wind of the talented, sultry Joyce Muniz. The buzz around one of Vienna’s brightest exports can be felt around the globe–Joyce’s jack-of-all-trades persona is to blame.

Brought up on the ‘Sound of Vienna’ and enjoying a hugely successful partnership with GStone, her work as vocalist on her own, plus an array of industry stalwarts’ productions – including featuring on Munk’s recent album, a single for Cusmos and more – has resulted in Joyce leading the way as one of the main players of the new generation of Vienna. Her work as producer has extended past her own projects to artists such as Louie Austen; whose album she worked on extensively and still considers to be a true test of her skills as a producer. As if that wasn’t enough, Joyce prides herself on being a great performer from the moment she steps on stage, exuding an infectious energy into her audience.

It is little wonder then that, in a mere 3 and a bit years from her entry into the house scene, Berlin’s and London’s top labels Exploited & 2020 Vision would come knocking. The union would bring about Joyce’s first knock-out tune “Party Over Here”, to critical acclaim from both the industry & fans alike. A string of standout releases followed, with “Back In The Days” feat Bam from the Legendary Jungle Brothers; showcasing Joyce’s natural ability to pair the right vocalists with the right tracks, and insta-classic, groove-filled “Warriors” on Exploited and “Sleepless” on Warung Records. Remixes for the likes of Steve Bug, Munk, Shonky, Stereo MCs, on esteemed labels such as K7!, Pokerflat, Get Physical and Gomma, have served to further cement Joyce’s standing in the scene.

Simply labeling her as ‘one to watch’ doesn’t seem fitting in this instance, with industry support from heavy-weights Richie Hawtin, SKREAM and Maya Jane Coles, but you would be a fool to take your eyes and ears off the talent that is Joyce Muniz.

How did you get mixed up with the Exploited crew?
I’ve been friends with ShirKhan for a long time now. Back in the days when I switched from tropical tech to house music, he was the first one who got my promos. He immediately liked my work and I’d say the work relation came out of a friendship.

You have played all over the globe, what are some of your favorite places you have played?
There are so many good places, it’s a very difficult  question, but I would say Brazil, Colombia, Puerto Rico, Italy, and London are def under my top 5.

What is your preferred method of Production?
Most tracks I producer start out of  jam sessions. Usually I record long analog tracks and modify the sounds, then take the long recorded tracks and arrange it to a song.

Any favorite pieces of equipment that you always use?
Right now my favorite tool is the electron analog keyboard.

What do you think is the key element for an aspiring producer when it comes to pitching music to labels and getting noticed?
I think the most important thing is to create your own style, the quality of the production has be top, specially in nowadays.

Dream gig?
I really want to play in Japan, I played a few times in Asia but I’ve never been to Japan. I love the Japanese culture and the food!

Dream collab?
I would love to make a track with Björk, that would be insane!

When you are not listening to electronic music, what do you vibe on?
When I’mm at home I listen to downtempo sounds like DJ Krush, Kyoto Jazz, and some old school hip hop. Lately I have been listening to some deep electronic stuff like Flying Lotus, Jamie xx, and Vikter Duplex.

What can we expect from you to start out the new year?
I just had a remix come out on Desert Heart Records. The beginning of December I have a 4 tracks EP on 2020 Vision, and in February I have an EP coming out on Exploited. I am very excited for those releases.

Can you tell us a little about this mix?
This mix contains a lot of new music from friends, and I also included my upcoming remix for Mikey Lion & Sabo which is a tech house banger, I really like this remix!

Drink of choice?
Vodka soda with a piece of lime