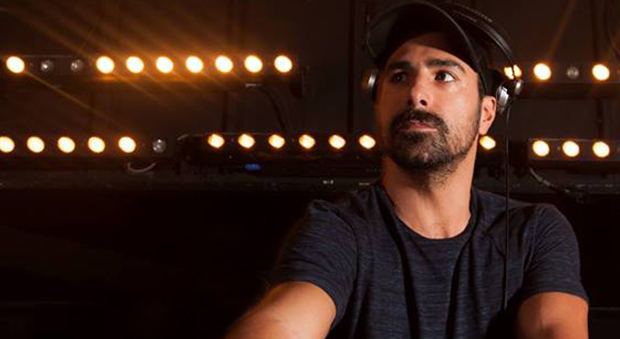 London producer Russ Yallop is the embodiment of the ever-popular idiom “living the dream.” As a budding lad running rampant with his mates on the famed Ibiza dance floors, Russ imagined himself of one day gracing the decks with his own spicy taste of house music. Today, Russ Yallop is a resident with said mates for Hot Creations’ shapely dance party every Wednesday at DC10 on the White Isle — Paradise.

Russ is the product of hard work, ambition, and tenacity; he struck gold in 2010 when his debut EP, fatefully entitled, ‘I Can’t Wait,’ was released on Crosstown Rebels. Since then, Russ has consistently put out great original music and remixes on Hot Creations, Hot Waves, VIVa, Material, and Sincopat. We became enamored by Russ Yallop in 2011 after his infectious ‘Crossroads‘ EP came out on Rebellion–still in heavy rotation by the way.

We’re very fortunate to feature Russ Yallop on MI4L and add him to the Lovecast ranks. Learn a litlle more about Russ in the interview below.

What first inspired you to get into house music and DJing?
I suppose it has to be Ibiza.  I went there as a tourist back in 1999 and it was hands down the best and most life changing week of my life.

How did you get mixed up with the Hot Creations crew?
Again- Ibiza!  After university, I did 4 seasons on the bounce from 2002-05 and became great friends with Jamie Jones, Richy Ahmed and Mark Jenkyns–all of us sharing the same commitment to die hard partying.  A weekly pilgrimage to DC10 throughout those seasons inspired all of us to do whatever it took to live the life and make the music we do now.

You’re playing for the Regenerate crew in Mumbai on Halloween this month. What are you most looking forward to on this trip to India?
I really can’t wait actually! I was speaking to Raxon who plays there frequently and has assured me the scene is as good as some of the best destinations in the world.

What do you think is the key element for an aspiring producer when it comes to pitching music to labels and getting noticed?
It’s just as simple as making an absolute monster bomb that will, by it’s own gravity, carry you forward.  That of course is extremely difficult, especially with the level of competition now. However, that is the only real way to launch your career.

What’s on the horizon for you the remainder of 2015?
I’m currently working on an album style project for Avotre.  It’s part of their House Lessons series where they showcase an artist by creating a compilation which consists of new original tracks, some new remixes, as well as remixes of the artist’s tracks by producers of their choosing.  It’s something I’m very excited about and have really enjoyed doing.  Watch out for it!!!! It will be out before Christmas.

Dream gig…
Just because Circo Loco has meant such a lot to me over the years I’d love to one day have a main set. Right now, I’m on early which is great, but nothing can compare to a peak time slot.

Dream collab…
I’d like to make a beat with DJ Premier.

Name one track that has been rockin’ dance floors for you recently…
I’ve produced a remix of Jamie Jones & Art Department – ‘Our Time In Liberty’ for the House Lessons compilation, and it’s really doing some damage.

Tell us about your mix…
The mix is an electric selection of some amazing tracks that you might not hear on most dance floors, combined with a bit of thump in the middle

Drink of choice…
Ice cold Grolsch in a frozen glass!