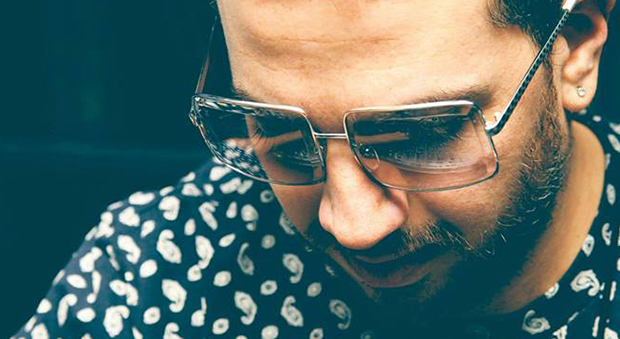 Phil Weeks is an advocate for the innumerable benefits the cannabis plant has to offer… and is not shy about it. We had the fortunate opportunity to spark up with Phil in his Ibiza hotel room back in the summer of 2013, and when the grinder card emerged from his wallet we knew we were in the right place.

Since that fateful White Isle sesh with the famed Paris-based DJ, producer and label boss we’ve maintained in contact and invited Phil Weeks to contribute to our beloved Lovecast series–he accept our invitation!

Known for his stylish Chicago-influenced taste in house music, Phil works tirelessly in the studio pumping out jam after sweet jam–original tracks and remixes alike, not only for his own prominent label — Robsoul Recordings — but many other strong house labels: Defected, Cajual, Objektivity, OFF Recordings, and Exploited to name a few.

Phil Weeks is set to release a solo LP on Robsoul later in October 2015 entitled ‘Pimpin’ Ain’t Easy;’ the first single from the album, ‘Funky Music,’ co-producer with Peven Everett, hit the digital shelves October 2–check it out!

Phil is a veteran in the game with over 20 years of producing and DJing experience under his belt. He’s rocked the house at a horde of the top clubs on Earth; including recent gigs at Pacha in Barcelona, Womb in Tokyo, Sankeys in Ibiza, and Rex Club in Paris. If you see Phil Weeks on any bill close to you–go to that shit!

Aside from music, Phil keeps it “ghetto and spontaneous” by making short videos for his YouTube channel. Forget about Netflix, check out the hilarious and highly entertaining series Underground Chronicles, (going on Season 3), where Phil constantly explores the G things in life.

Phil thrives on the underground flava and being independent; he keeps his head down, puffs spliffs and works hard–a fine recipe for success. Phil Weeks should be an inspiration to us all–he’s living the dream.

We’re honored to add this fresh exclusive mix from Phil Weeks to our Lovecast series. Enjoy!

Thanks for taking the time to chat with us. We love what you do!
Thanks mate!

How did you initially get into DJing and house music? Do you recall a specific moment of inspiration or was it an evolution?
I first started making house music pretty early, around 1995. I would spend lots of time with friends, mostly DJs, listening to records every night and getting high. I started mixing records around this time and was fully hooked by ’96.

What was your main motivation to start up Robsoul Recordings? If you could give one piece of advice to an aspirating label owner, what would it be? What Robsoul releases do we have to look forward to the remainder of 2015?
At first, I wanted to release my own music–that was the concept because back in those days to send demos to labels was not easy. It was no internet, or very slow with the phone line. You had to send CDs and communicate by phone or fax.

There are so many labels right now! The only motivation to start a label should be the love for the house music culture. You need to know whats up about this music before you even think to start a label, because an expert like me will feel you have no clue about our music.

About Robsoul, a lot of things coming out, as usual: this week we just add the new Sebo K on Robsoul 155; in October we have my new LP “Pimpin’ Ain’t Easy” with first single on October 2 (with Peven Everett); November DJ W!ld on Robsoul 156; an amazing signature on Robsoul 157 with Tommy Vicari JNR; and a new compilation by Around7, some of his reedits of the Robsoul catalog.

Phil connecting with the crowd at Womb, Tokyo.

Underground Chronicles on YouTube is amazing! What made you grab the camera and start filming these great videos? Do you write this stuff or is it mainly improvisation?
My old PR manager, Ian Straker, gave me the idea of doing videos. I didn’t like the idea at first, I was scared; but thought twice and came up with Underground Chronicles. I usually have a plan in my mind in 90% of the time, but then I usually do only one take to keep it ghetto & spontaneous.

What do you have coming up that you’re most excited about?
I love to make beats. I love to play music, even at home by myself.

What’s one track in your sets that have been making the crowds lose it recently?
Tommy Vicari JNR – Came To Say

Dream collab…
On my new single I collaborated with Peven Everett, that was a dream.

Tell us about your mix…
Live mixing, blending records for hours playing the best house music.