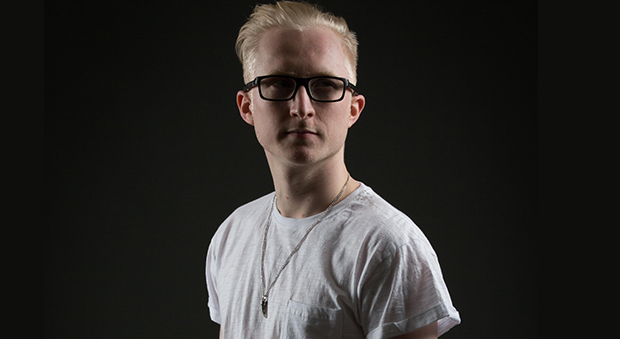 There’s a Kreature who lives among us. A merciless monster behind the decks who destroys every dance floor with an assortment of bloodthirsty tunes. This barbarian is unstoppable!

The Leeds-based producer and dj has impressively climbed the ranks since his transformation into the Kreature moniker in 2011. The initial detonation into the scene occurred when the young musician remixed Real Nice & Cubiq’s ‘Had Enough‘ for Love Not Money Records the same year. The track hit #2 on Beatport!

Since that fateful creation, Kreature has found his way into the catalogues of many hot house and techno labels, such as Nurvous; Resonance; Dear Deer; Simma Black; Dialtone; and most recently Wow! Recordings with his latest EP, ‘For the Freaks,’ released in May of this year.

This summer Kreature has been enjoying his first season in Ibiza, and taking full advantage of the experience. From throwing his own parties with his best mates, to soaking up the endless beauty the White Isle has to offer, the influx of spirituality has influenced the young man greatly.

The mix Kreature has provided us with today is an Ibiza driven medley that will no doubt provoke daydreams of the world’s most prolific getaway.

Read more about Kreature’s story in the interview below. Enjoy!

Thanks for taking the time out of your schedule for us. We appreciate everything you do!
Anytime, thanks for the invite!

How did you get into house music and djing/producing? Was it a revelation or evolution?
Well… if I started from the beginning I would be here all morning, so I’ll keep it short and sweet. It has definitely been an evolution. I picked up my first set of belt drive turntables at 15 years old, since then I’ve been on a musical journey through many different genres. Starting with Jungle and leading all the way to where I am at the moment with House & Techno. Production came along the way. I’m 27 now and I’ve been producing for about 7 or 8 years.  I literally locked myself away and taught myself how to produce! Plenty of patience, hard work and parties!

Where is home base for you? What’s the local scene like where you live?
At the minute home is the amazing White Isle of Ibiza! But I would say Leeds is my true home, I call myself an adopted Yorkshire man, as I am originally from Manchester, but I’ve spent most of my years in Leeds. We have an amazing community of friends, DJ’s and producers there. It’s like a big family! I would definitely say Leeds is in the top 3 cities in the UK for House & Techno. That place taught me everything I know!

How has your Ibiza experience been this summer? Does the island live up to the hype?
It has absolutely surpassed my expectations! It’s truly a magical and extremely spiritual place. It’s perfect for what I need at the minute. I have been running some underground parties across the island with friends, under the name “Qubika.” We’ve had the likes of Rossko, Denney, Mark Jenkyns and Jey Kurmis come and play for us. It’s a great place to network and meet people! I would suggest doing a season to anyone. I’ve also discovered that there is so much more to Ibiza than the parties and tunes! It’s a beautiful island; every day is a new adventure!

What else has Kreature been up to in the 2015? What has been a defining moment for you this year?
I’d probably say the defining, most stand out moment was a few weeks after I arrived in Ibiza I fell off a rock and broke my elbow in three places. This resulted in me doing many one-armed DJ gigs! Ha! Nah, the biggest thing for me was my last release, ‘For the Freaks‘ on Mar-T’s WOW! Recordings with my good mate Rudosa. It got really amazing support! So many videos of huge DJ’s playing it, like Richie Hawtin, Paco Osuna and Marco Carola! It’s been an eventful year. Life’s good!

Dream gig…
Music On at Amnesia, Ibiza back to back with Marco Carola… Bosh!

Name one track that gets the party crackin’…
Hmm that’s a tricky one as there are way too many at the minute, so I’m going to use this opportunity to plug my own track as I haven’t mentioned one here! It’s got to be “Transpose,” a new track from my upcoming EP on London-based You Are We Records. It’s probably my favorite track that I’ve made to date and the support has been wicked on it! It’s also in the mix!

Tell us about your mix…
It’s an Ibiza inspired hour of old and new groovy, sexy gems!