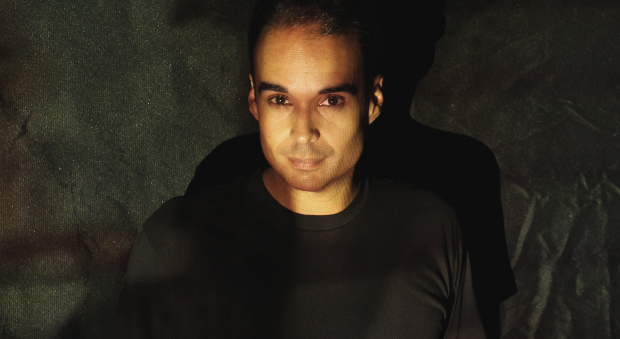 Today we celebrate the centennial milestone of our longest running mix series. We initiated the Lovecast mix and interview series in September 2011; it’s seen many phases since then–going from just a once-in-a-while podcast to a monthly mix and now a weekly offering. We’ve been working diligently to bring our Lovers quality music spanning from hot up-and-coming artists to solid legendary djs–Lovecast Episode 100 embodies the latter with a very special all vinyl mix from Los Angeles-based dj and producer John Tejada!

We are quite honored to receive this gift from John. His deep-rooted musical genetics shine through in the eloquent techno he produces and the astute selection of records he mixes on the turntables. He is all about the music and the hype that is derived is purely a corollary of his life-long passion.

John Tejada has been producing and recording music for 25 years and a label owner for 20 of those. He started up Palette Recordings in 1996 as a platform to do things his own way. Since inception the label has successfully unleashed 65 releases on the world, the majority of which are from John Tejada himself–with his latest EP on Palette ‘Dramamine‘ coming out just this past May.

John also has a handful of releases and remixes on the illustrious German label Kompakt, spanning back to 2009. His latest release on Kompakt, ‘Signs Under Test,’ is a full-length LP containing 11 original tracks, which just came out in January.

John has been traveling the world for two decades djing some of the best dance floors this industry has to offer–from Movement in Detroit to Sónar in Barcelona, fabric in London, Rex Club in Paris, and even the Walt Disney Concert Hall in his hometown of Los Angeles. The demand for John Tejada is illusively strong.

We are pleased to present Lovecast 100 to all our Lovers who have shown MI4L they’re undying loyalty and advocacy the past 4 years. Thank you and keep pressing play!

Tell us about your label, Palette Recordings. When did you start it and why did you feel you wanted to run your own outlet for music?
I started Palette in the fall of 1996. I ran a couple of short lived ideas previously but as I was getting a clearer idea of what I wanted to do and working with a few labels I thought it would be good to start Palette. Lots of EPs I was giving to labels were sort of being edited or put in an order I didn’t totally agree with so Palette was just a great outlet to let me curate the releases the way I saw fit.

As a DJ, do you think it’s necessary for the DJ world to start looking towards live performance?
I think there’s a lot of DJs that are great at being DJs and maybe playing live sets is a struggle for them and vice versa. I think it comes down to what is coming out of the speakers and if its working for people in that given venue. Its challenging to come up with a live set that also allows for a lot of freedom and improvisation. It takes a lot of time and practice to figure out so these days lots of “live” sets are a bit of Ableton on autopilot. In those cases a DJ set can sound a lot more free and spontaneous.

You’ve been making music for quite a while now, well before the advent of the home studio. What are your favorite technological advances and pieces of gear that have revolutionized the way you make music?
Well the computer has changed things in dramatic ways and perhaps nothing as much as that, but apart from that I’ve really enjoyed the growth of Eurorack modular systems and the dozens of manufacturers coming up with tons of interesting analog and digital modules and also Elektron and their line of instruments. Elektron while taking some ideas from gear that influenced us all are one of the only companies I can think of creating forward thinking hardware instead of just remaking old things like all the other companies are now finally doing. That and they are also geared towards having fun and live improvisation and quite intuitive to use.

Can you describe your live performance to us? What makes this so different than your DJ sets?
When I play live I use Elektron gear and sometimes a bit of vintage Roland without any laptop. I have sketches of things sort of planned and go from there. It’s all my own music which differs from a DJ set in that when I DJ I’m playing lots of other artist’s music new and old.

What do you think some of the most important elements are that have allowed you to make a career out of your passion for music?
It would be exactly that, “passion for music.” That’s really it and what makes me practice every day wanting to develop what I do day to day. Without that, it would be the end.

We are about to host you in San Diego as the headliner for our Lovelife after-party, can you tell us about a few tracks your are thinking about playing?
I enjoy a bit of old thrown in with the new. I’ve also begun recording exclusive songs I can play. New tracks or different versions of songs I have released, or versions from the live sets which are exclusive to my set and fun to play.

Since this after party is a Star Wars theme, which of the characters do you think would enjoy your music the most?
Probably Lando. I bet he throws some great parties in Cloud City.

Tell us a little bit about the mix you have provided us. After all, you are the 100th episode and we know it will be nothing short of excellent!
Its a vinyl only mix done in real time. Some new things I’ve picked up which have caught my ear as well as some older bits that still influence me.

Drink of choice…
Quite looking forward to visiting a tasting room or two since San Diego is really an amazing craft brew scene at the moment. My favorite’s at the moment are Belgian style sour ales.