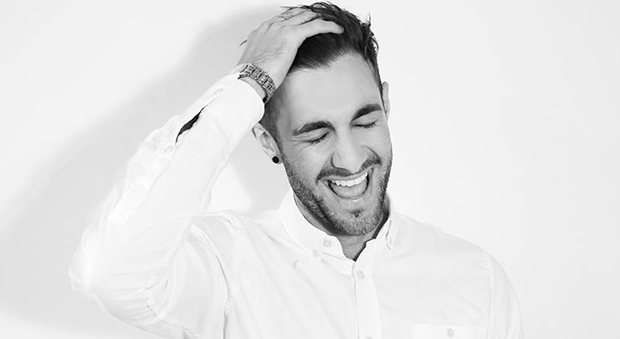 We’ve received a well-balanced mixture of jams from DeMarzo that’s full of summer fun. Check out the interview below to learn more about DeMarzo and what the eminent future holds for the lad. Happy July, Lovers!

Be on the lookout for Lovecast Episode 100 out Wednesday July 8th.

Thanks for taking the time to chat with us. We love your work!
Thanks!

Your new EP ‘Mind Games’ on 303Lovers was released this week.  Do you feel your style is constantly evolving each release? If so, how?
Yes I Do. I feel like I’m constantly finding myself in a way. I like so many styles and i find it hard to settle on something similar for all my releases. People tell me they like this as they’ll get some pretty different each time. My sounds will always contain a good groove factor in them, especially my sets. Good energy music with a wicked groove to dance is so important. That can be through Acid house styles, Underground Disco and Deep tech. I used to play some very deep music but I tend to stray away from that now. All about the vibe!

Where are you based now? How does the city where you live influence you and your music?
London. Been here for 8 months. I moved here from Leeds and I love it. Always so much going on. A lot of artists from around the world end up here so there’s a really broad option for inspiration. Huge fan of Erol Alkan, I’ve seen him a few times since I’ve been down here and recently returned from Glastonbury and his set at Beat Hotel was spot on. London is full of energy and its important i take that in when working long hours in the studio.

What exciting news is on the horizon for you the remainder of 2015?
I’m making my Ibiza debut on the 11th July! So excited for this. Always getting asked when Im playing so finally able to tell them when :D. I have my 9th tour coming in brazil in September which Im always excited for, really love heading over there. My first tour in Argentina is in the making for october I believe but this isn’t 100% yet. Fingers crossed! I’m playing High Definition Festival 6th September for the Underground Artists stage, this will be my first UK festival too. My next releases coming soon are Madtech and Viva Music.

What has been the greatest defining moment for you and your career so far?
Thats a hard one to answer really. I don’t think there has been one as such. Its been a flow of releases that have moulded my image i guess. My 2 most successful releases were my Hot Creations EP and my Material EP.

Dream gig…
Space/Amnesia, Ibiza; Glastonbury; Secret Garden Party; Burning Man; and more! Its time I head over to the States and Australia, so will see how thats progressing.

What’s the hottest jam in your crate at the moment?
This is an oldie but its an absolute banger – Chris Carrier – ‘Much Time.’

Tell us about your mix.
All my mixes move in styles and energy so for this one Iv started with a few tunes that interested me. Just because i include them in a mix doesn’t always mean its something I’d want to play out as the vibe of a club can differ dramatically to that of a mix played in your car, iPod etc. But I guess i’ve started of with something different, kind of disco styles and moved up in energy to some really nice acid house varieties.

Drink of choice…
Sangria at the moment. Always love an Aperol Spritz and BEER!