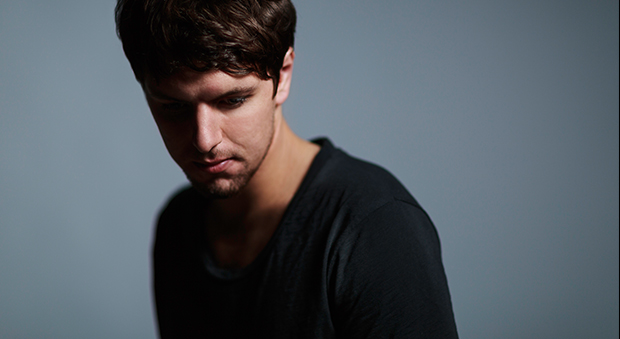 We’ve been big fans of this young German producer for quite some time now. Kevin Over has been a fixture on the Noir Music catalogue in recent years; releasing his fifth EP with the label, ‘Retrovision PT. II,’ on June 1st. We first caught wind of Kevin Over with his track ‘When Anger Grows,‘ which was featured on his debut EP on Noir Music — ‘Hood Funk.’ Kevin also has two EP’s under his belt out on the illustrious Get Physical Music; one of which was co-produced with buddy Tapesh — ‘Secret Handshake‘ EP. We’ve seen Kevin Over’s name everywhere, so naturally we pursued the young gun to join our Lovecast roster. Mission accomplished!

Interview with Kevin Over:

THANKS FOR TAKING THE TIME OUT OF YOUR BUSY SCHEDULE FOR OUR LOVECAST FEATURE. WE’RE BIG FANS!

Thanks for inviting me guys, it’s a pleasure!

WHAT CAME FIRST – THE DJ OR THE PRODUCER? HOW DID YOU GET INTO DANCE MUSIC IN THE FIRST PLACE?
Both nearly started at the same time without getting into a club before…. thinking back in time (around when I was 12). I’ve found myself sitting in front of the radio, recording live mixes on tapes, and then listening to it a hundred times — tying to imagine the vibes and feelings out on the dance floor. Later I found out that it´s even better than I ever could expect.

WHERE ARE YOU BASED NOW? WHAT’S THE SCENE LIKE THERE?
I am based in the west-part of germany, where industry culture is shaping the hood. Many big cities are linked together in this area. It´s like a melting pot of culture.

A city which should be named is Essen. You can find some great clubs and it´s the home of one of the most influential deep house labels in the past years: Mild Pitch!

YOU RELEASE A TON OF YOUR MUSIC ON NOIR. HOW DID YOU LINK UP WITH RENÉ AND THE LABEL? WHAT ARE THE BENEFITS OF WORKING SO CLOSELY WITH ONE PARTICULAR LABEL?
René just wrote me on Soundcloud asking for a demo. Everything was really growing fast from that moment on. Just a few weeks later I started to release my first stuff on Noir Music . Rene is great mentor and was giving me encouragement.

The benefits of working so close with them is that the artist is really coming to the fore. It’s not just about releasing tracks. You can benefit from a team that is building you up and giving you advice every time you need it. Thanks René, Sisse and Thomas!

WHERE DO YOU SEE YOURSELF ON YOUR 30TH BIRTHDAY IN 2021? WHAT’S ONE THING YOU COULD DO NOW TO TAKE YOUR MUSICAL CAREER TO THE NEXT LEVEL?
I hope to see myself in a place with all my friends and a humming bassdrum in the back….sun could be shining as well. That would be a proper 30th Birthday!

I always try push myself to the limits, staying self-critical as to sound different and unique. Sometimes it’s frustrating but in the long run your effort pays off.

WHAT EXCITING NEWS IS ON THE HORIZON?
The year has already been pretty exciting. I travelled a lot to new countries and got to know different cultures and scenes. There are many others ahead! Mid-July I will be releasing a new EP on Leena Music (Mobilee Records’ sister label), and there is a lot of stuff to come out this year – really excited for end of 2015.

WHAT’S THE HOTTEST TRACK IN YOUR ARSENAL AT THE MOMENT?
Recent Italojohnson #9 EP is simply amazing. Quite the right sound I love to play out this summer.

TELL US ABOUT YOU MIX.
Moody-Ass-Shaking-Grooves paired with a potion of Soul and Dirtness.

DRINK OF CHOICE…
Moscow Mule is on another level! Love It!