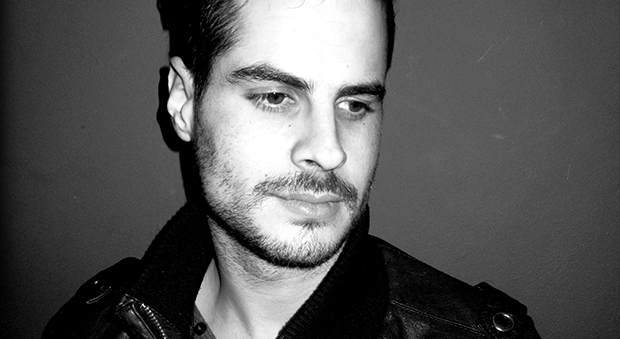 Spanish DJ/producer — Aaryon — loves his craft and dedicates his consciousness to its flow. Surrounded by the alluring scenery of Vigo, a small port town in the North West of Spain, Aaryon spends his time constructing raw and dark techno inspired music. His sound and style recently landed him under the wings of Berlin-based label Steyoyoke. Aaryon’s debut EP ‘Fairy Tales‘ was well-received by his new Steyoyoke family. We’re enthused to add this rising star to our Lovecast roster and will be watching Aaryon’s career intently.

How did you get mixed up in the world of House & Techno? What do you find most challenging about the music business?
Since I can remember, I’ve always been attracted to all kinds of music. At 14 I started playing the electric bass and ever since then, I have been really interested in music composition. I started DJing at clubs in which my home town during 2006, which was a time when the scene was huge and there were plenty of clubs and after hours. DJing became more significant to me however, when I moved to Barcelona. The larger scene and bigger clubs attracted me, as did the OFF Sonar parties. It was there I found the exact sound that I wanted to play and it gave me a direction I wanted to follow.

The most challenging thing in the music business, is to continually project and be productive in my creative flow, as well as being aware to make good decisions that will aid in enjoying a successful career.

Steyoyoke is going into their 4th year — What has it been like being apart of the Steyoyoke team? How has it transformed you personally?
Well, I started my proyect with Steyoyoke 8 months ago. From the very beginning I have been highly influenced by the labels unique sounds and the professionalism of the entire crew. I play a lot of Steyoyoke tracks in my sets purely because I love the work of my brothers and sisters. The label is like a family to me and the artists all contribute to how it works. We are always pushing and supporting each other, making collaborations and remixes together. Our roster is set, consisting of 8 good friends and label head Soul Button, who is always involving us in the decisions for the overall imprint of Steyoyoke.

These are all the qualities that make it what it is, as do the all the crew involved. My family includes Soul Button, BLANCAh, Animal Picnic, Dahu, Nick Devon, Mpathy, Ran Salman and myself, as well as the lovely Michaela Pullen and Tara Reid who do a lot of work behind the scenes and are super important for the labels operation.

Where are you based now? What’s the local scene like there? What do you find inspirational about where you’re living?
At the moment I am living in my home town of Vigo, in the North West of Spain. I have plans to move to Berlin soon though, due to the limitations of the scene here in Vigo. The new club closing times are greatly hindering, plus I find it a bit isolated and not convenient for the travel.  My inspiration is often sourced by the beautiful nature we have here in Vigo actually.

What is one thing that would make your musical career more successful? Where do you see yourself in 5 years?
Hard question. Hmmm… My first thought leads towards the importance of putting all my soul and love into the music. I also believe an artist’s own personality should shine through his work too and I always try and be unique and follow my own sound. I’m so proud when someone listens to my music and can recognize it’s an Aaryon track!

In 5 years…. well, I’m a studio guy and of course a DJ, so in 5 years I see my self working with my music and playing gigs.  This is 100% what I want for my life.  I hope everything continues to go well and i can keep doing what makes me happy.

What gig do you dream about?
I love to DJ so really enjoy all my gigs, but in this moment i would really love to play at Kater Blau in Berlin. I was there last march and it was super cool and totally underground. Such a special venue too.

Name one track in your crate that gets the dance floor moving every time.
It’s hard to name only one, but Super Flu – Jo Gurt (Stephan Bodzin Remix) is a very special track for me. i play it a million times and the crowd goes crazy every time.

Tell us about your mix.
I put this mix together using some of the tracks I am playing at the moment, plus a few new upcoming promos that I am in love with. I’ve purposely created a particular flow with the order of these tracks and the melodies inside was careful to give you guys something mixed well. The overall journey of my sets are always important too. This particular mix starts off more chilled, then progresses with it’s energy and plateaus back off smoothly, with the intent of leaving listeners with a good taste in their ears.

Drink of choice…
I normally drink rum & cola at clubs, but last friday I was playing with Thomas Schumacher who was one of my bigger supporters on this project and the following day I was also playing a gig in Vigo. By this time I really bored about cola, so I decided to mix it with orange without gas instead and I really like it. From now on, I think I have been converted to rum with orange.