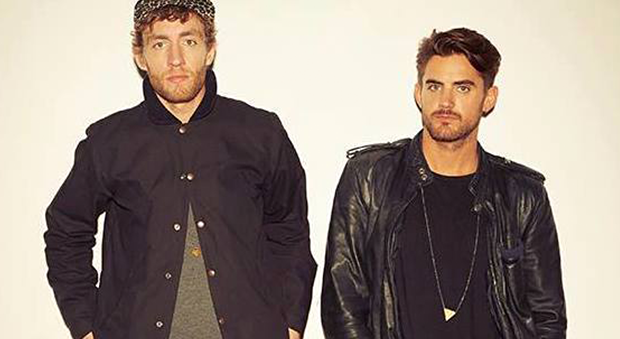 Our favorite feline friends — Wildkats — consistently create jam after jam after sweet funkin’ jam. From their early productions on Lower East and Neim in 2011; to collaborating with compadre Russ Yallop on Hot Creations; and then onto Hot Waves, Akbal Music, Om Records, Get Physical, and OFF Recordings; the Scottish duo just doesn’t let up once they sink their claws in! We like that ish!

Scott Dickie & Stuart Sandeman’s latest project, a record label with close friend Ashley Wild cleverly named You Are We, a spin off from their wild London party brand, boards original music from deep and chunky house producers like Alexis Raphael, Tboy, and Kreature. If you’re in the London area this weekend, You Are We is hosting Room 3 at fabric, featuring special guest Job Jobse. MORE INFO

Wildkats’ impeccable taste in house music — whether it be producing, DJing, or now A&Ring — has always turned our head since they blasted onto the electronic music scene four years ago. So obviously we’re super stoked to add them to the Lovecast roster. It’s been a long time coming. Roar!

How did you two guys meet? More importantly, how did the Wildkats union begin?
Scott: Stuart and I know each other from Edinburgh and lived together in London. Where Wildkats began, there used to be 3 of us and now there is 2. Myself and Stuart used to DJ as Sandeman & Dickie for a few years before Wildkats started so it works well with the 2 of us.

Give us the scoop on your new label venture with Ashley Wild — You Are We. What news can you share with us?
The label is a spin off of our London-based event brand You Are We. Our events have been super fun over the last 6 years with parties all across London, and further afield at Glasonbury, Secret Garden party and Burning Man. We have a really solid core following of party people, creative and professionals who like to get down. Musically, we take pride in keeping things fresh, catching artists on their way up and whose sound compliments our vibe. With the launch of the label last year, we wanted to capture the party’s essence and showcase our sound to the world. Our next release is a wicked 3-track EP from Kreature with Animal Trainer on remix duties, then we have a VA lined up early summer and some other bits we can’t announce quite yet. As far as events, we are back at fabric London 18th April with the awesome Job Jobse and then our London summer party season begins. We’re also looking to lock in our usual festival slots too.

You guys recently signed with JACKMODE – that’s dope! How did you hook up with the agency? What exciting things are on the horizon under this new management?
Scott: We are equally as excited! It’s a great agency with a lot of amazing talent on their books. It came about through our mutual friend Max Chapman actually. We got talking just after we left Blueprint and he put us in touch with the guys at the agency and it just went from there.

Stuart: On the music front last year we both had our hands full with separate projects, but we now back in the groove with Wildkats. Have a number of Wildkats remixes coming out, just done a collab with Waifs and Strays (not sure if that’s actually meant to me secret for now, oooops), also have an EP lined up on our You Are We label.

What do find to be the greatest challenge working as a duo? What is the greatest benefit?
Scott: At the moment our greatest challenge is being in the same city! Lol. In all honesty, there isn’t many challenges. We get on really well and have been friends for a long time so there is always a lot of compromise. You need to have that as a duo otherwise you won’t last very long if you were both stubborn! In the studio and behind the decks it’s nice to have someone to bounce off of.

Stuart: Yeah, the greatest challenge is definitely my tendency to hop round the planet. I’ve been a bit of a nomad this last year, AKA homeless! Will be back in London soon though. There are infinite benefits of working, traveling, playing, partying, sharing adventures with you best mate… love ya Scott!

Do either of you own a pet Kat?
Scott: I don’t no. Not a massive fan of them to be honest! Lol. I’m more of a dog man.

Stuart: I love cats. I love how they are on their own agenda and do as they please. My first pet was a badass cat called…. hmmm, actually I’m sure that’s a security question for my online banking.. gonna keep quiet.

Stuart: Kreature & Sizeup – Like A Jam [You Are We] … a shameless plug of our next release…. but I’m really digging it and playing it a lot.

We also recently did a ‘crate diggin’ piece for fabric London’s blog where they asked us to dig through our collection to pick our classic stand out tracks that define our sound today. On this hunt I unearthed a load of old gems that still sound super current. I actually put a couple in the Lovecast…

Stuart: I’m a Margarita man… although gotta to be clear when ordering… As I asked my mate Evans to order a Margarita once and he got me a pizza!