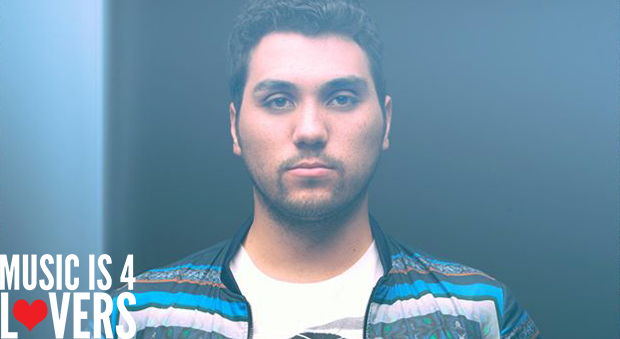 The steady climb to our 100th Lovecast continues with this week’s episode — 075. For this episode Brazil’s hottest producer on the block — HNQO — graces us with his presence with a sexclusive mix and interview.

HNQO melds all kinds of musical stylings in his productions and DJ sets — from jazz to hip hop, Henrique displays a great sense of diversity when it comes to his taste in music — a natural fit for Mi4L. He is continually pumping out tracks for a grip of top tier labels such as Hot Creations and Defected; while at the same time running a label of his own — Playperview. The hustle is strong in this one… and it shows with the many early successes of HNQO.

If you’re going to The BPM Festival you can catch HNQO at La Santanera January 16th for the Hot Creations: Modern Love Affair vs Modern Amusement party.

We’re very pleased to present this fine mixture of jams from HNQO, and be sure to read through the interview below where we chat about his hip-hop roots and b-boying.

* If you do not see the SoundCloud link click HERE.

Your bio says you were a ‘famed breakdancer’ in your youth — How did you get into b-boying? What was your sickest and most death defying move back in the day?

When I was in school, on a special day of arts/sports, this crew came down for a show. They explained us a little bit about the break dance movement followed by a battle between their b-boys. I saw them top rocks and footworks mixed with great break and funky beats rocking the floor. That instantly got me excited to learn and get involved with such movement. I started following some of their weekend battles and learning how to break dance. I did it for a little bit more than two years. My hardest moves were the windmill, boogaloo and back spins. But I’m really passionate about top rocks and foot works, where you can express yourself thru the beats, melodies and then put a cherry on top finishing with a nice freeze. I can’t do it anymore though, I’m too fat now.

We’re big fans of hip hop heads turned house producers/DJs; it’s evident in your style that hip hop is a big influence on your taste of music – How did you make the transition?

I grew up and found myself among different vibes. I’ve started going to parties and clubs playing electronic music and like when I got interested about the breakdance culture, it happened with electronic music. Experiencing the craziness of a dance floor and the effects such music could cause on people I decided to jump in this direction and learn with the movement. I was already familiar with electronic music as I have an older brother who also likes it. That’s how the transition happened. The Hip Hop part of me will never die though.

Between studio time, touring, and running your own label, Playperview – What has been the greatest challenge for you and the music business?

My career is pretty short and i think this challenge is coming slowly now. I want to create new music with a different perspective and also give the label a new face from now. Definitely touring, planning and scheduling all the tasks made my studio time flow down the drain. It also got a little bit confusing and now i’m starting to get all the pieces together with the help of my partners. There is a long way in front of us and we want to make the best out of it.

What exciting news can you share with us about 2015 for you and for Playperview?

The year starts with The BPM Festival where i’m joining the Hot Creations team for a nice party at La Santanera on January 16th. Heading for a short three gigs tour in Ecuador after Playa. I have a new track and i’m also working on some others that i think i might put on Playperview. There is a remix for Gui Boratto’s label coming late February as well.

The parties in Brazil looked unparalleled! How is the scene in Brazil special compared to the rest of the world? Who are some local DJs that you would consider “Hometown Heroes?”

The scene in Brazil is getting there and great clubs such as Club Vibe, Warung and D-Edge are teaching the new generation with good artists. My local heroes medals definitely goes to Rolldabeetz and Dake. Rolldabeetz for being responsible of showing me some serious beats back in the days and Dake for being so smart and talented as a producer. Check them out if you get a chance!

Now that deep house is getting increasingly more popular and trendy by the day – Does that have any weight on the music you play, produce, and put out?

Well, as a DJ you have to please at a certain level, so it affects a little. But the most important for me is to play and produce what i’m into, independently of what others think. The balance between all the details is a spot on that’s difficult to reach.

DC-10, Time Warp, Panorama Bar and a lot others.