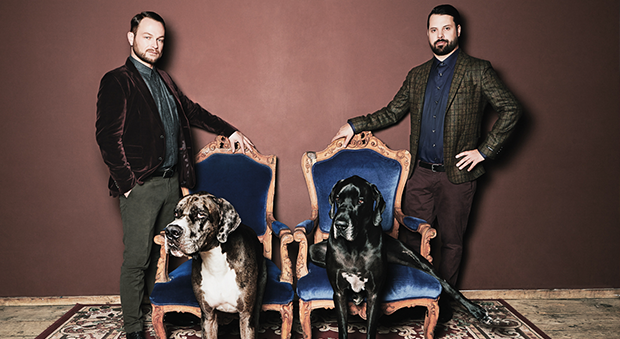 This week’s Lovecast episode comes from the feisty Swiss duo Animal Trainer. These guys made a name for themselves in their home city of Zürich, through their own Rakete parties, which took place primarily at the infamous Hive Club. At the parties, Samy and Adrian are known for being the last two on the dancefloor and they’ve translated that energy into their DJ project, making them some of the most fun DJs to see perform. Over the last several years, the duo have released music on labels like Stil Vor Talent, Poker Flat, BEEF Records, FLASH, Dantze as well as their own imprint, Hive Audio. With both of these artists being “…dedicated music lovers and passionate entertainers,” as quoted from their bio, it’s obvious that Animal Trainer belongs in our Lovecast series. “Wild animals aren’t easy to trame after all, and in Animal Trainer’s case, that’s great news!” Below, you can read the interview we conducted with the guys and make sure to press play on their exclusive Lovecast, which will undoubtedly bring out your inner wild beast. Enjoy!

What are some symptoms of ‘animal fever?’

Dancing your ass off, sleep, repeat.

How is the party scene in Zürich unique compared to other corners of the world?

We have a really good scene here, with about 5 underground clubs focussed on electronic dance music, which are all doing well in, but every club has his own style. For the small size of Zürich – 400k residents – Zürich has a crazy amount of clubs and events, some say Zürich has the highest concentration of clubs compared to it’s size in Europe. Zürich also has a strong local scene including a strong following of the local artists. Without the right local support it’s difficult to put on a successful event.

How did your own party Rakete come to life?

We both worked together in a hip hop club and after the club closed and reopened as Hive, we got the chance to have our own night there, together with our friend Luke. After soon 9 years the event established itself as one of the most successful regular events in Zürich, if not Switzerland. We always put a love of love and energy into our events and make something special out of it. Doing different theme parties, some of them already attained cult status like “Rakete In Wonderland,” “Rakete Maskedball,” or “Rakete Lights On.” During the summer we’re also doing some special day time events around the lake of Zürich or some other special places. We’re proud that we won the “Swiss Nightlife Award” for the best event series this year and hopefully next year again.

Are there any hometown heroes in Zürich that have inspired you?

A lot! Too many to name it… From the old league we there are Kalabrese, Dani Koenig, Styro2000, Bang Goes, Rozzo (Mountain People) and Manon to name a few, who inspired us many times. The current stars at the moment are Adriatique for sure. At the moment we have some really strong upcoming producers and dj’s on our label Hive Audio like Jimi Jules, Dario D’attis, Manuel Moreno, Deneha and many more. It seems like there is a lot good music coming out of Zürich in the near future.

What’s on the plate for Animal Trainer in 2015?

Our album was out last March — after that we focused mainly on remixes. At the moment, we are working on new material to be released in 2015. There’s nothing to be announced yet except our releases featuring Natasha Waters on Hive Audio out early next year. Tour-wise we will play at BPM in México, another South America tour for February, and we also have an Australia and Asia tour scheduled. We’re also working on our Visa to play in North America finally!

What has been the most pivotal milestone in your musical careers up to this point?

Phuu, again, too many, way too many! But to name a few.. Warung Beach Club in Brasil (place to visit before you die!), where we played a 5 or 6 hours set til sunrise for an enthusiastic and amazing crowd! And every gig at Hive club (our home base), our album release show at Watergate in Berlin, the huge stage at SonneMondSterne Festival, the main stage at the Street Parade festival in Zürich and on and on and on! And of course our first album WIDE, but to be honest, the biggest milestone did not yet happen

What animal is the most challenging to coerce and why?

Depends on the playtime, but it switches from vodka to champagne to the good ol beer.. and of course water! Much water, always.