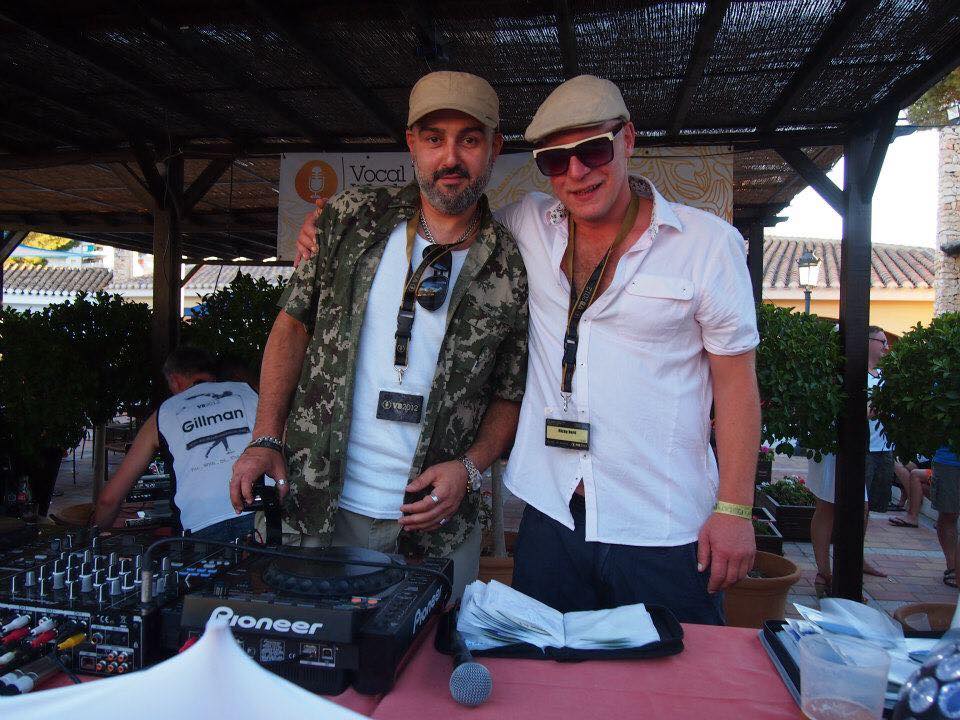 Craig Smith and Ricky Reid are Soul Renegades. Friends for years and much respected in the deep soulful house community globally. Local Talk this month release a powerful compilation remix project by Sweden’s Opolopo that includes their track ‘Speak To Me’. Ahead of the release, we catch up with these Scottish gents. 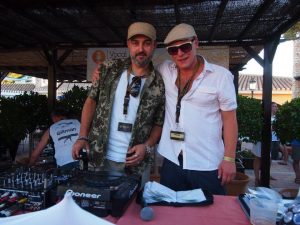 Craig – I was born in Melbourne, Australia (my Dad played football over there) but my parents who are both from Edinburgh originally brought me home before my 2nd birthday. Me and Ricky have known each other for about 15 years.

Ricky –  Yes, in Edinburgh. I would say around 15 years

How have you both coped over the 18 months with the slow down and practical stand still of our scene and profession?

Craig – Like most people I think after the initial fuss at the start, I just knuckled down and used the time to do things I was always putting off before.

Ricky – I now live in a remote part of the Scottish highlands so it’s  probably been a slightly less disruptive 18 months or so for me.

Now that the world is starting to turn, is the scene opening where you are? Have you played any gigs these last few months?

Craig –  Slowly but surely starting to get back to gigging. 1st one in 18 months was back in July at Suncebeat in Croatia

Craig – It’s a cliche but I believe if you don’t know and understand the past you can’t move forward into the future.

Ricky – I think  it’s all about sounds and choosing the right sounds to compliment the track we are working on at that given time. I think that through sounds you can be transported right back to a certain time.

When you start a new production, where do you begin? What is the process to this signature sound?

Craig – For me when it comes to working with on music there is no set formula to starting a new track. I might have a sample that has piqued my interest or start with some rhythms and basic chords / melody. We just exchanged ideas and sketches and see what we are feeling the most.

Ricky – We bring ideas to each other, and we generally know, within a couple of hours if it’s going to grow arms and legs and become something.

What separate parts do you both play in the production process?

Ricky – We have many hats we like to wear, and I think that’s the fun part. We’re both equally comfortable in and around the studio which makes for a nice flow to our time creating.

I know that Ricky is a much respected and accomplished musician as well as DJ, and a great vocalist too! Do you Ricky, do all of the keys on your productions? Are you classically trained?

Ricky – Yeah, I play all the keyboard parts on all of my productions but no I am not classically trained. I used to think because I did not sight-read sheet music or learn to read music that I was holding myself back, but I play through feeling not purity in the classical sense. But I don’t know if any of my productions would have sounded the way they do had I learned to play in a taught manner, or maybe I’m just making excuses for not wanting to learn? I’m a DIY creative type, I like things to fit my way.

Craig, you’ve been a prolific DJ, much respected by the UK and US crews. You still putting out your radio podcast ‘Find Your Rhythm’ regularly. What do you enjoy most about this podcast?

Yes, in fact this December with be the 3rd year of the show. After a 3-month break during the summer it’s back once a month on a Sunday now with an extended 4hour show which allows me to stretch out musically and challenge myself and the listener a bit more. I think too many DJ’s and punters play it safe and that’s how things stagnate. I’m treating it like a shortened version of what I would do in my ideal club if I had said 6-7 hours to myself. Old classics and rarities to unheard / unreleased music and everything in between.

If I had to describe the sound of the Soul Renegades, I would say – Classic, spiritual, Chicago-tinged house with a lashing of soul. How would you describe it?

Ricky –  A timeless sound I think

What do you think is your most successful release as Soul Renegades?

Craig – I’m not sure at all what it would be. Once the music is finished and out there, I’m thinking about the next one, so I don’t dwell on it. Maybe “Now You’re Gonna Save Me” or “I Won’t Let You Go”. Hopefully it’ll end up being “Speak To Me” but I’ll hold off buying the Yacht just yet

Ricky –  I have no idea! Maybe “Now You’re Gonna Save Me” on Restless Soul.

Your music is always filled with emotion. Would you say you are both quite emotional people?

Craig – Anyone that knows us would say yes, we are!

I guess you can’t make music that makes people move and cry ( in a good way), if you don’t feel those emotions, right?

Craig – That is the beauty of music for me.

How was it going to Tisno this year? Must have been special after the pandemic? How was it for you at Suncebeat?

Craig – Yes it was fantastic to get over there again this year. It was my 1st gigs after an 18-month hiatus, so it was special. It’s funny how you forgot how music affects you physically and emotionally when it’s loud, on a quality sound system……it hits different.

Such a special festival- have you been playing there since it started? What  is your relationship with the guys?

Craig – I missed the 1st two in the old spot at Petrcane but have done all 9 in Tisno. Yes, there have been some magical moments there for sure, it holds a special place in my heart.

You’re are good pals with Local Talk, I guess. How many releases have you had on the label? How did you first hook up with them?

Craig – I knew about Mats as DJ before Local Talk then got to know him through DJ’ing together at the same events. Always played Local Talk output from their 1st release onwards .

What do you think of what Opolopo has done to your tracks on the Local Talk comp ‘ Opolopo Tweaks’? How has he changed the original?

Craig – When you work on your own music by the time you put it out you can lose the energy for it, but this version has freshened it nicely without losing sight of the original vibe. When I was in Suncebeat DJ Rocco dropped this version a couple of times and I realized how subtle yet powerful the “tweak” was.

Why do you think Local Talk are such a special label?

Craig – The release schedule is high the quality never wanes.

Ricky – I think they have managed to keep their ear to the ground over the ever-changing musical landscape and I suppose they take the odd risk here and there. I think  always managing to remain relevant whilst producing the goods often, and don’t forget they have opened the door and brought a lot of artists through over the years.

Now that the world is spinning have you got gigs lined up. Where can we catch you soon?

Craig – To be honest I like to keep the gigs to minimum in December, it’s my least favourite time to play all year so I’m more focused on what’s coming in the new year.

Ricky – Hopefully signing off on an Album for 2022 and a heap  of new music.

Craig – Yeah, I hope to see us being a lot more prolific in 2022. We (me in particular) have always been very easy going about release schedules (making a ton of music and just letting it sit on the HD for years etc.). But stuff has happened in our personal life to make us realise life is far too short for that BS.

You’ve guys have earnt your stripes and all the props. What advice would you give to young production teams hoping to achieve longevity in music?

Craig – I would say build your craft in private not in public. Stop courting social media attention and come up with something real and tangible. Be inspired but don’t straight up bite

Ricky – Don’t get too carried away regardless of how successful one track could be for you, then do another and then another and so on. Probably the most important thing I would say is DO YOU! It will make you a lot happier and will show up in your music and make the whole creative experience a lot more enjoyable one.

Thanks for your time guys!

Local Talk released a collection of tracks from the vaults re-tweaked  by Opolopo.  Includes Soul Renegades – ‘Speak To me ( Opolopo Tweak)