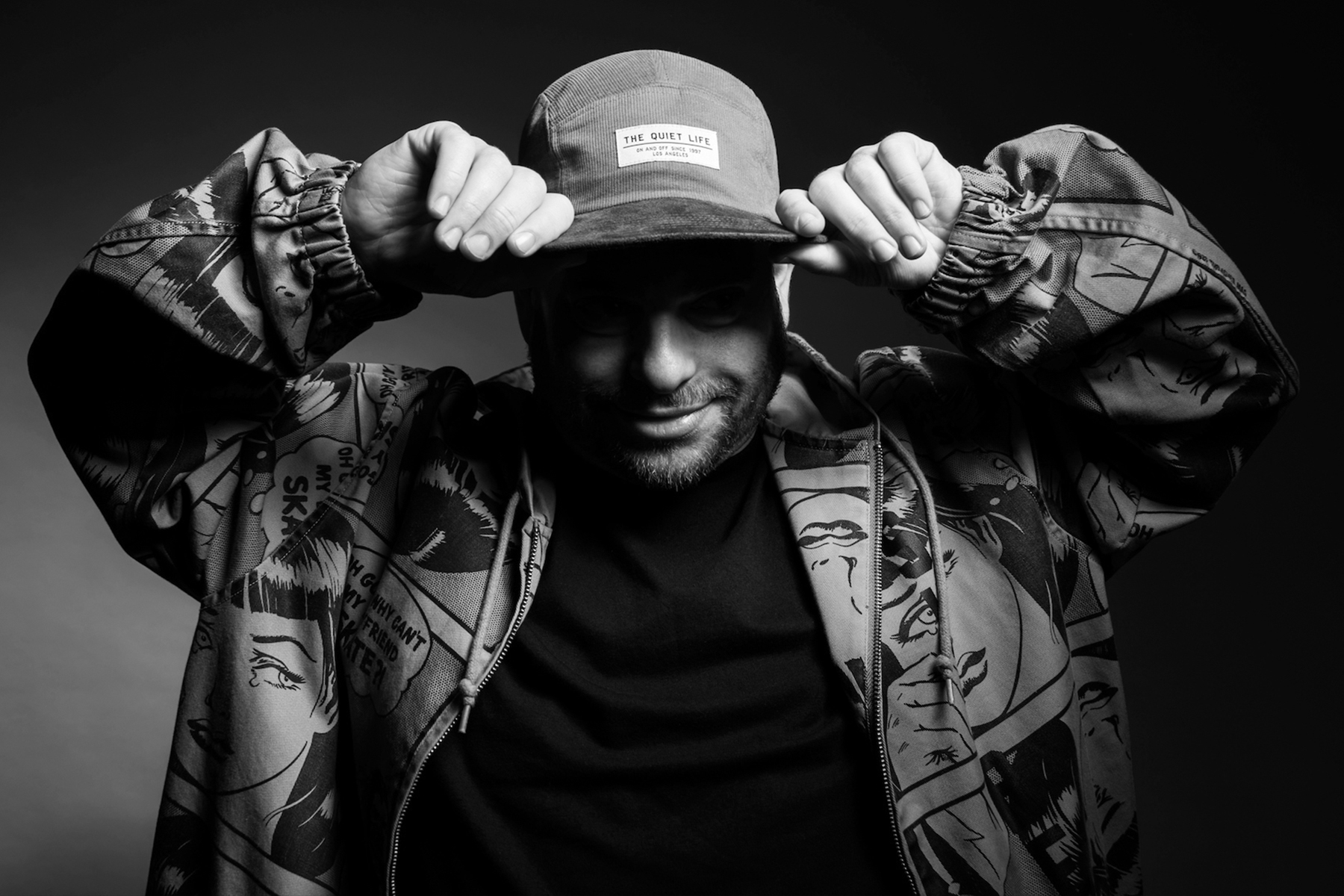 GotSome is UK producer and DJ extraordinaire Adam Gorsky, a man who has been on an upward trajectory since his arrival on the international circuit in 2014. In an amazingly short space of time, he has clocked up a series of achievements and career highlights that place him one step ahead of most of his peers and affirm his position as the leader of a new generation of talented British producers.

Adam’s skills have already spawned a slew of bass-heavy, dance floor destroyers including ‘Bassline’, championed by Radio 1’s B.Traits and Annie Mac and signed to Defected Records with a huge package of remixes from house legend Kenny Dope, Friend Within, Chus + Ceballos and Chocolate Puma.

More recently he collaborated with the ‘Godfather of grime’ Wiley to produce ‘Vibe Out’, which was signed to Chase & Status’ inimitable label MTA Records. The ‘Tell You Why’ EP came out through Monki’s label Zoo Records and his track ‘Colours’ appeared on UKF’s ‘Bass House’ compilation. He has also dropped a succession of equally lauded, bombastic productions including; ‘If You Wanna’ (with Tazer), ‘Move It Back’ (with AC Slater) and ‘Run Di Dance’, and a plethora of remixes for big-name talent including Basement Jaxx, Róisín Murphy and the likes of Craig David with many more to come.

Gig-wise, he has been inundated with requests from around the globe, keeping most of the early tours to UK and EU territories, the jewel in the crown so far being a prestigious Together residency at Amnesia in Ibiza, where he played all summer long at the club’s event. The world famous Cafe Mambos provided the setting for the warm up to these monumental shows where GotSome could be found easing the Ibiza crowds into their nights. Outside of Ibiza he has toured Asia with shows in Hong Kong, Singapore, KL, Bali & Bangkok. He also appeared at Glastonbury and Bestival (UK), SW4 and Fabric (London), Warehouse Project (Manchester), Arcadia and Motion (Bristol), Hideout (Croatia), Snowbombing (Austria), AMP Lost and Found (Malta), Superheroes (Dubai) and many more.

Adam’s early diet of of pirate radio and sneaking into raves before he was the right age set him on the pathway to his current success and birthed GotSome’s unique mixture of old- school elements and modern production. Names like Basement Jaxx, The Prodigy, J Dilla, Switch, Bugz In The Attic, Roni Size, MJ Cole and DJ Die have inspired the sound that emanates from GotSome’s Bristol studio.

Whether it’s throwing down dynamic sets at the world’s best clubs and festivals, or spending hours on end tweaking his unstoppable bass-heavy creations in the studio, GotSome is a force to be reckoned with whose sharp rise shows no signs of letting up… 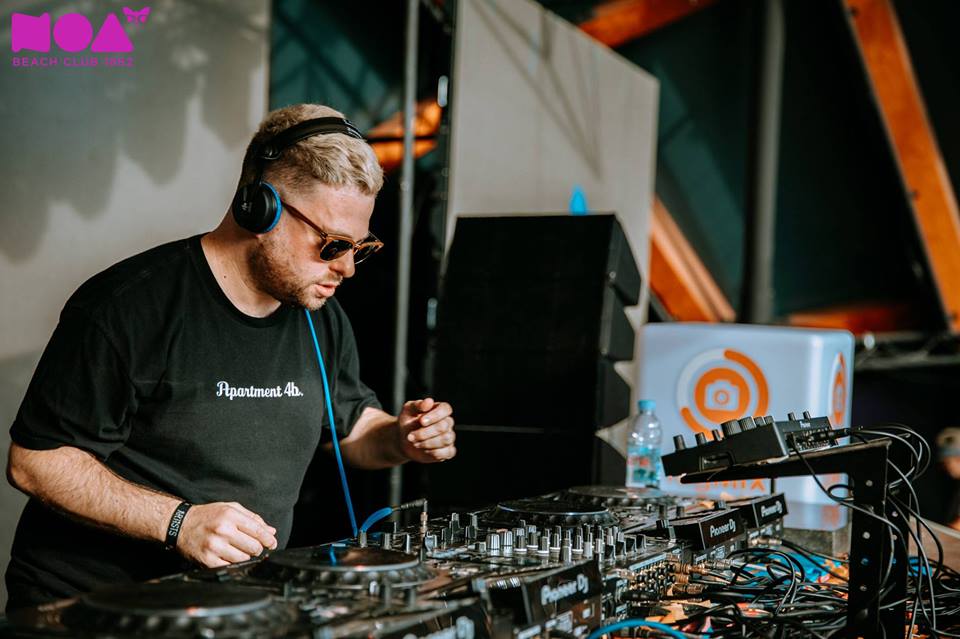 How did you first get introduced to underground dance music? What is the most challenging part of becoming a full-time producer and touring artist?
Definitely holding down normal things, like having relationships with people, being healthy, and getting a decent amount of sleep.

What has been the most exciting turning point of your career so far?
Obviously Bassline was great as it was probably the record that put me on people’s radar outside of Bristol, but honestly I’m really excited about the music I’m making now. I’m being totally honest with myself and going back to house which I’ve always loved, so I feel as good as I have done in my career.

Where is your home base? If someone were visiting there for the first time, what clubs and/or parties and/or restaurants would they want to check out?
Bristol is my home base. Anyone visiting is spoilt for choice in terms of culture: there’s so much going on here. Clubs, galleries, record shops etc, but also there’s a great culture around food in Bristol. There’s a chef called Josh Eggleton who’s got a pub called the Pony & Trap which is just amazing

What’s on the horizon for you in 2018?
As I said I’m really focused on cementing myself back within the house scene. I’ve just released a big single called Everybody Know Now on Armada Deep that’s doing really well and getting some good attention.  I’ve got a release out on Nervous next month that’s a bit of a tribute to Larry Levan, followed by an EP on Sweat It Out, then I have this record ‘Gurlz & Boyz’ which Annie Mac premiered at the start of the year. I sampled a couple of big records so had to get some stuff cleared and resampled. That could be a big one, got crossover potential I think.  Then there will be an EP on King Street Sounds, kinda tribally, funky, garagey. I love producers like Karizma, so you can definitely hear some of that influence in there.

Do you have any hobbies outside of music?
I’m pretty active, got really into yoga, go swimming a lot, go to the gym. I like keeping fairly fit and busy

What are some touristy things you do while playing in a foreign city?
I always ask the promoter to take me to a good restaurant, one where they would go to themselves. That’s pretty much all I have time for when I’m touring.

Dream gig…
I really like the look of Shamabala in Canada, and Northern Lights festival in New Zealand. I played Burning Man a few times: that was a dream gig. I’ve actually done quite a lot of my dream gigs, so now it’s about looking out for new ones.

Name one of your go-to tracks…
When I was putting the mix together I was finding loads of older tunes, especially Moodymann ones that I’ve known and have been playing a lot.  But one that stands out now is Harry Romero, ‘Selector’ – been playing that a lot. Absolute G.

Drink of choice…
Vodka or good tequila. Tequila is great as you can mix it if you want a more relaxed drink, or shot it if you need to party. It’s versatile! 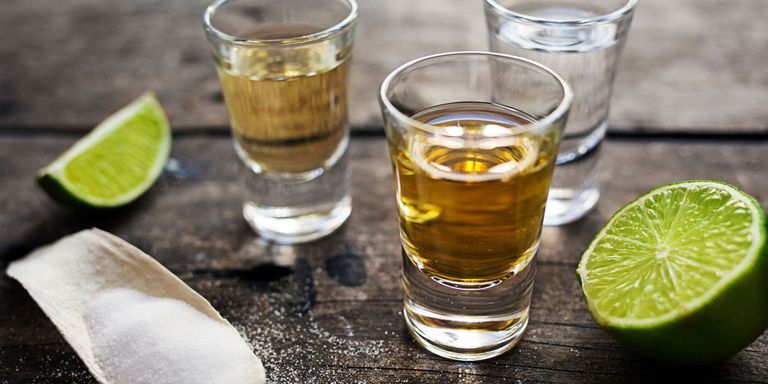