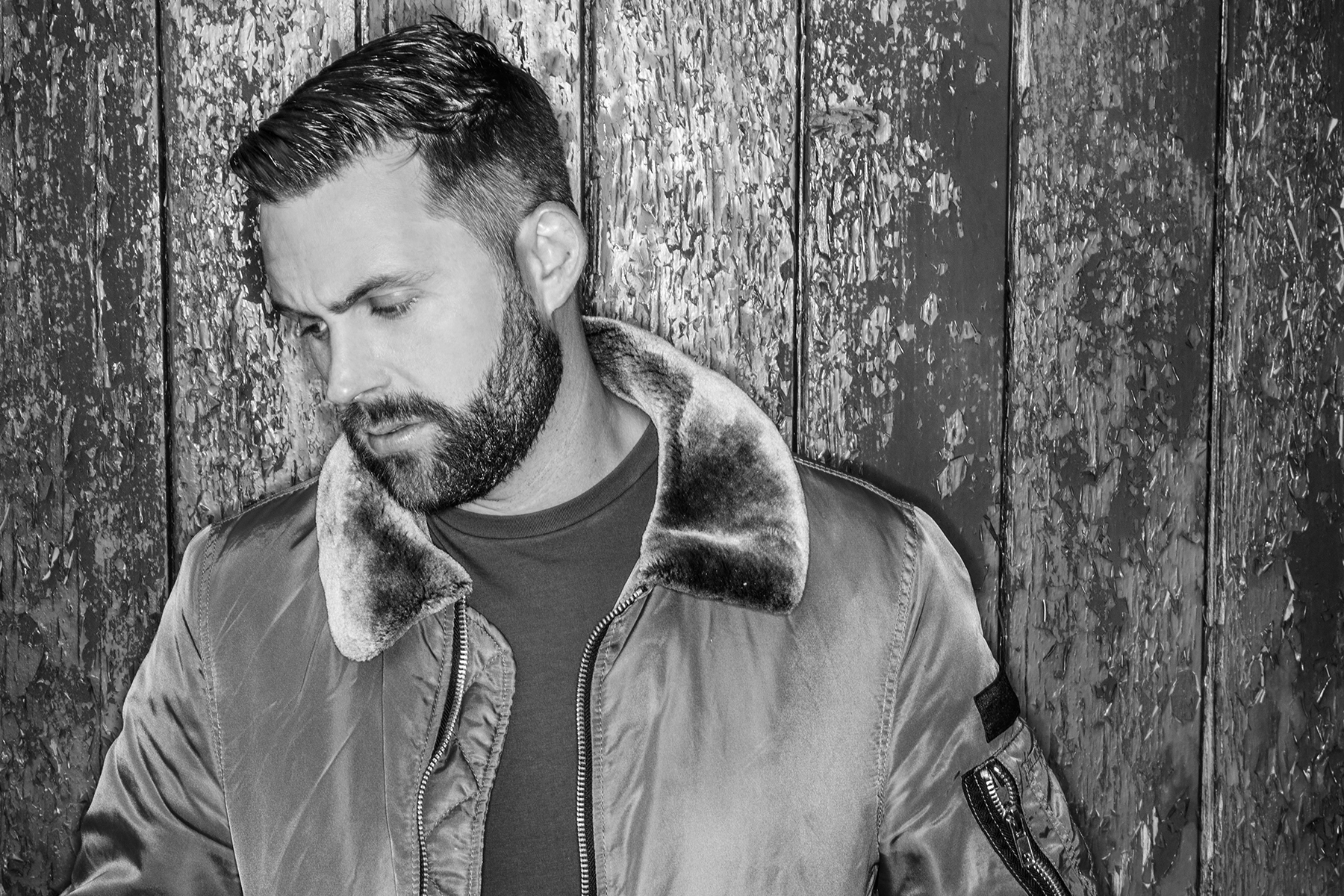 Southhampton producer, Ronnie Spiteri, is steadily on the rise with a smorgasbord of tunes released on Knee Deep In Sound, Mobilee, Underground Audio, and Truesoul; and soon to be on Alan Fitzpatrick’s We Are The Brave. Along with top notch productions, Ronnie is also a resident at mega club Amnesia Ibiza for Do Not Sleep’s weekly Thursday night romp, and has been dubbed “Future Star of 2018” by Pete Tong.

Ronnie Spiteri is def a name to keep your eyes and ears on as he releases his fierce blend of house and techno for our 224th Lovecast episode. Enjoy! 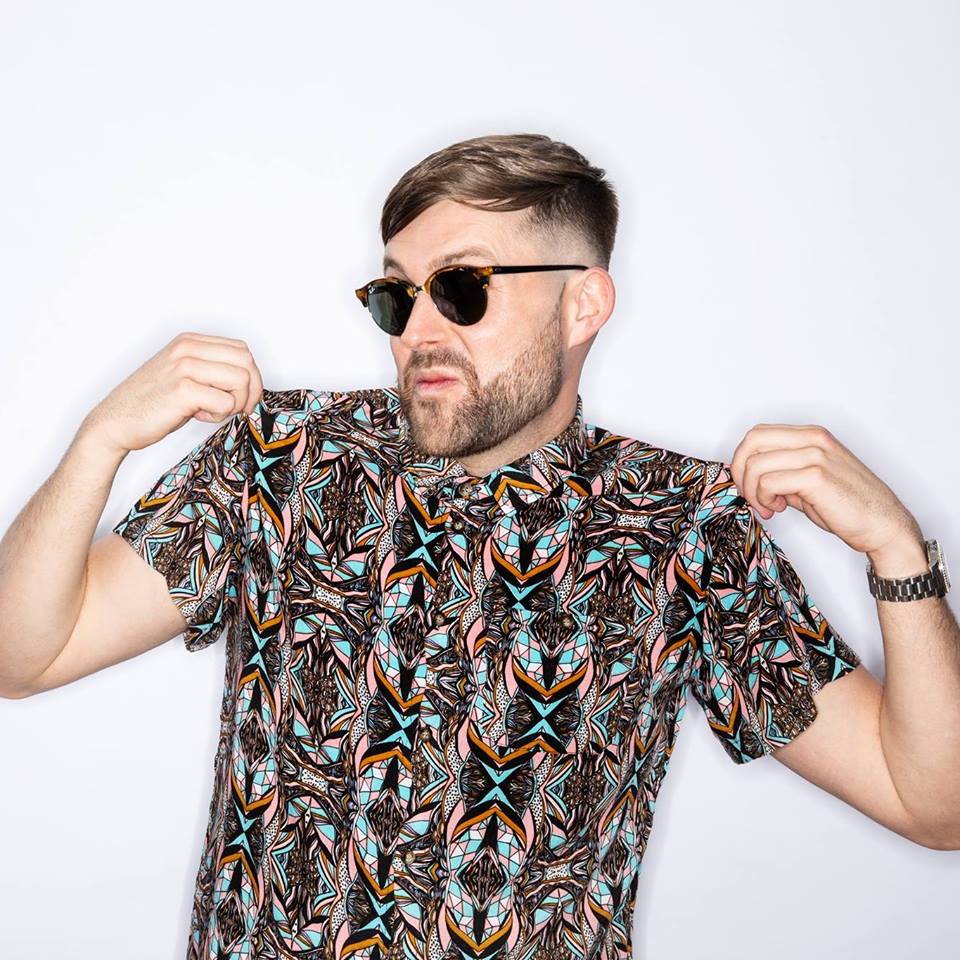 How did you first get introduced to underground dance music? What is the most challenging part of becoming a full-time producer and touring artist?
My dad was into partying (and then promoting), when I was about 7 years old, him and his mates took me to a street parade style rave party… it was epic, I’ll never forget it!

I fell in love with it so much because I could see how everyone was unified together and the connection everyone had with the DJ, and the music was a feeling I had never felt before.

The most challenging thing can be keeping in a healthy state of mind and maintaining a balanced work and family lifestyle. Mental health awareness thankfully is now being discussed more openly in our scene and it’s something that needs addressing properly.

What has been the most exciting turning point of your career so far?
Thankfully there has been a succession of highlights this past year or so in my career, most notably: My Amnesia Ibiza residency for Do Not Sleep, Pete Tong giving me the #EssentialNewTune tag for my ‘Multiply’ track on Hot Since 82’s ’Knee Deep In Sound’ during ADE music conference 2017, then following up with ‘Pete Tong’s Future star of 2018’ accolade, signing tracks to Alan Fitzpatrick’s ‘We Are The Brave’ Adam Beyer’s ‘Truesoul’, signed to NGE bookings (ROW) and David Lewis Underground division (Americas) for DJ bookings.

Safe to say none of this would have been possible without my mgmt. team @ Electric Ibiza, so signing with them has been the most exciting turning point and it’s only the beginning too, there’s much more to come. 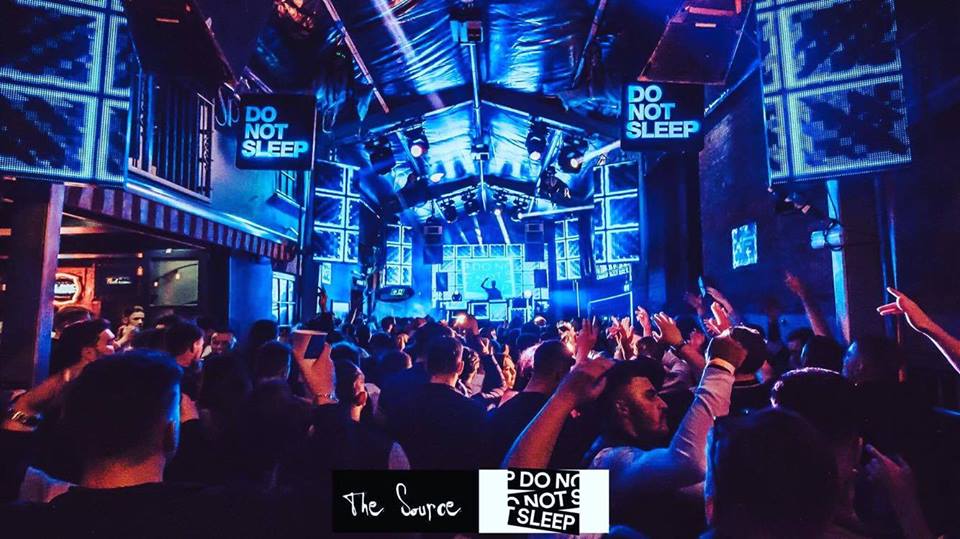 Where is your home base? If someone were visiting there for the first time, what clubs and/or parties and/or restaurants would they want to check out?
I’m from Southampton it’s an amazing city and I’m proud to be born and bred here! Ryan Keary & Switch team have the city on lock down and are putting so much love into the scene down here!

Restaurant wise I would have to say a place called Lakaz Maman, the lady the owns it won Master chef and creates the best dishes! I took Josh Butler there a while back and he was well impressed with it and wanted to get straight back there when he’s next in Southampton!

What advice would you give to an aspiring producer?
Take your time, to actually learn your craft and never be afraid to seek help or even better actually have tuition so you can fully understand and be knowledgeable on creating your own ideas from scratch to developing them into full music productions.

Even after years of being in the studio, most guys I know (including myself) are still learning more everyday that we go in the lab. 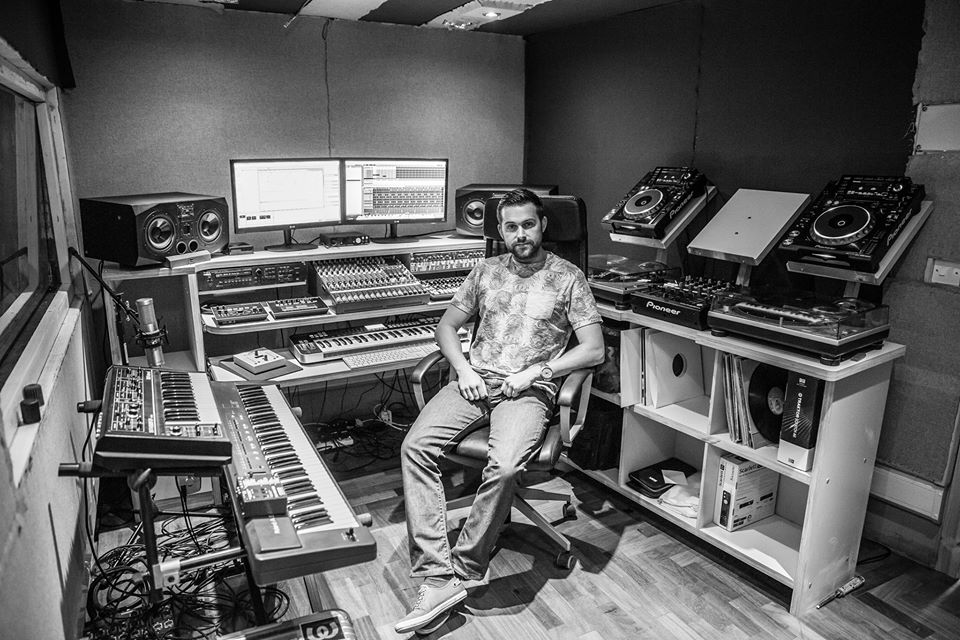 What’s on the horizon for you in 2018?
I touched on a couple in a previous question there… I’m really happy to be emerging as part of my bro Alan Fitzpatrick’s ‘We Are The Brave’ family, with not one but two new EP’s already signed for release this year, there’s gonna be a collab coming through too. After a year’s hiatus I am returning to my own label Kenja for a very special release project featuring a collection of Battle Weapons with some surprise collabs and remixes thrown in! I’m well excited for these to drop, they have been working really well in my sets recently. My Amnesia Ibiza residency, Do Not Sleep arena @ Su Casa Festival, UK club shows with Ants & El Row @ Switch, back for another South America tour in Q4 and once my USA visa is approved I’ll be off to the States end of the year too. 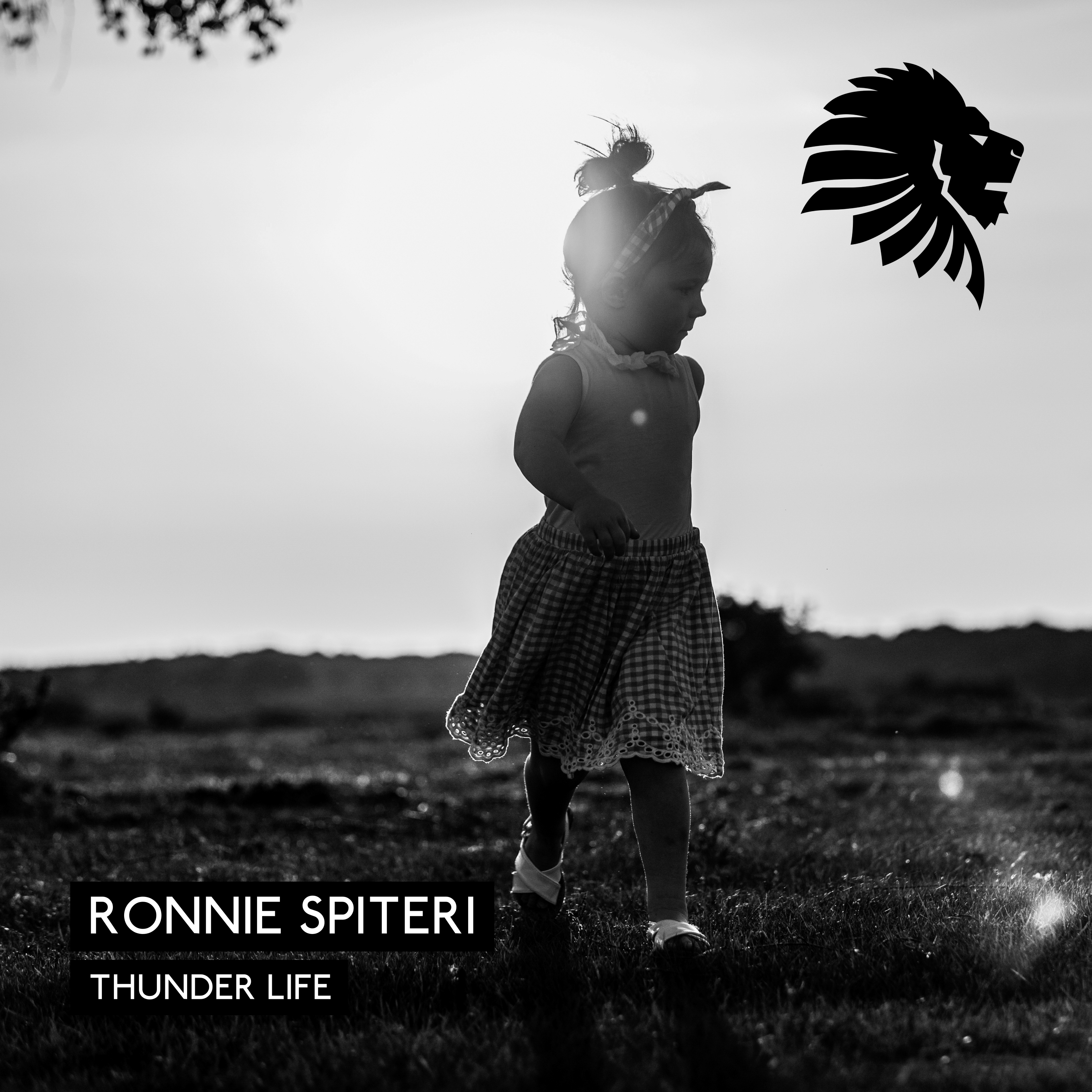 Do you have any hobbies outside of music?
I am a massive football fan and still play mid week 7side with Alan and a few more local lads! I also play some Golf in the summer when I have a free day me and my mates head out, we love an early tee off with a coffee and bacon roll! I’m also a qualified scuba Diver and love scuba diving whenever I’m away on my family holidays.

What are some touristy things you do while playing in a foreign city?
If my schedule permits while I’m away on tour, it’s great to spend some time actually chilling, checking out the tourist attractions and the local cuisine in the cafes and restaurants that the cities are famous for. I love trying out the local wines too, I’m becoming a bit of a connoisseur these days.

Dream gig…
I would have to say playing Amnesia, I think it’s easily one of, if not THE best club in the world and I’m lucky enough to have a residency playing there this summer for Do Not Sleep…I can’t wait to get it started June 28th.

Tell us about your mix…
The mix is a really nice stripped back blend of House through to Techno featuring some of my own tracks in there, I think it builds nicely, but let me know your thoughts? J

Drink of choice…
Depends what time in the day or night! Starting off with beer then as the night goes on moving onto Vodka Lemonade then if your still alive….. cocktail time! Ha ha 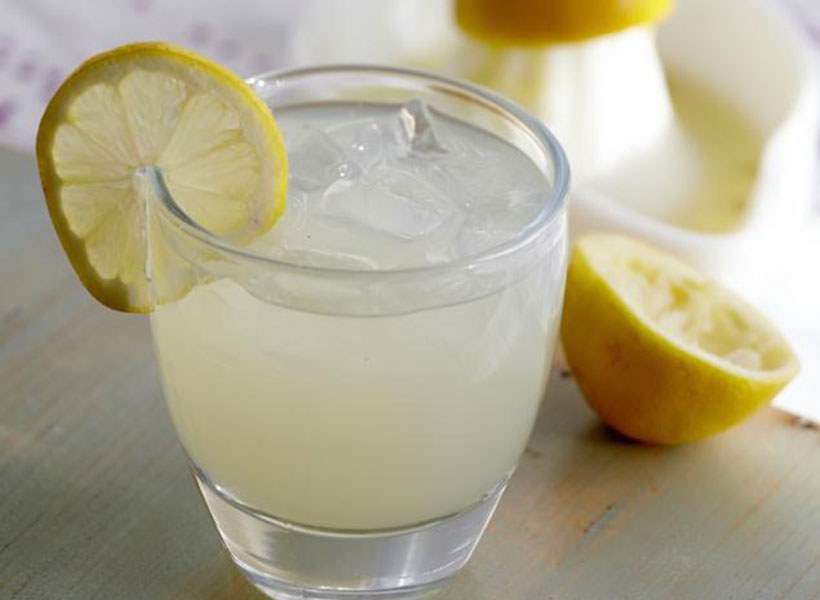