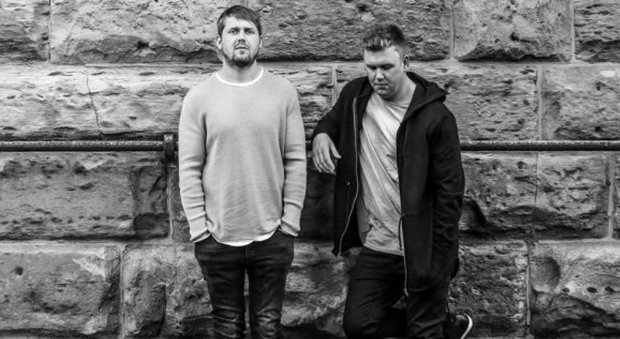 Born and bred in the heart of Lancashire, North West double-act Vibe Killers have formed a formidable bond together consisting of 20 years worth of blood, sweat, tears and straight up House music.

Brothers springing straight out of the streets of Burnley, both Mark and Mickey Horsey have turned heads throughout the electronic musical realm since their rebirth under a new banner back in 2014. Such drive and determination have seen them gain support from big names including Hot Since 82, Loco Dice, Richy Ahmed, Jamie Jones, wAFF and more.

Having accomplished releases on such respected labels as Knee Deep In Sound, Hottrax, Elrow, Solâ, Material and much more, the stock of this sibling pairing is one that continues to bubble over the surface much to everyone’s delight.

Their much anticipated Violator EP on Hottrax dropped on November 24th, and it’s been crushing dance floor’s worldwide, while receiving support from some of the scene’s most prolific taste makers.

How did you first get introduced to underground dance music? What is the most challenging part of becoming a full-time producer and touring artist?
Must have been around 1992 and a cassette called Hit The Decks, all the old school rave stuff. Then onto hardcore, hard-house, (cringe) before listening to Seb Fontaine and Pete Tong on Radio 1 which was really a turning point for us. Challenging parts are constant hangovers and leaving the wife and kid to go touring.

What has been the most exciting turning point of your career so far?
Playing Abode last year at Studio 338 was so sick and got us exposed to the London crowds for the first time. But, I think the release on Jamie Jones’ Hottrax this month is going to be a big turning point for us. The support on it has been unreal.

Where is your home base? If someone were visiting there for the first time, what clubs and/or parties and/or restaurants would they want to check out?
We’re from Burnley and there’s not much of a house scene here so the closest place is Manchester. Obviously, Warehouse Project is massive here, Kaluki put some unreal parties on in the city which we’ve been lucky enough to play at. And if you’re hungry it’s got to be San Carlos.

What advice would you give to an aspiring producer?
Keep it simple, don’t pester people too much and don’t take yourself too seriously.

What’s on the horizon for Vibe Killers for 2018?
Music coming up on Sola and Rawthentic Music, and were buzzing to launch our new label Star Cycling Club in January.

Do you both have any hobbies outside of music?
Eating at San Carlos while high ha ha.

Explain the name Vibe Killers…
It’s just a complete piss take really but seems to work for us ha ha! We get a lot of people saying they love the name.

Tell us a bit about your mix…
We’ve included a lot of our new bits in this mix and just a few other bits we’ve been playing in our shows recently.