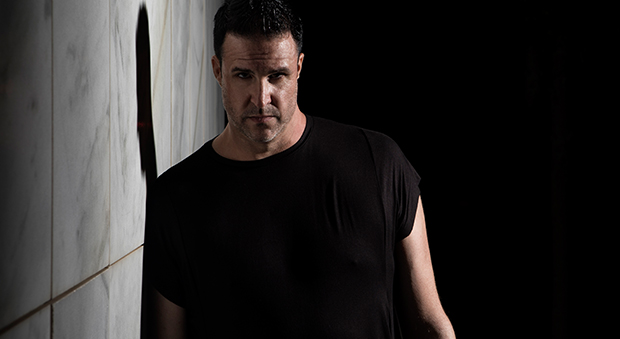 As 10-year resident at famed club Barraca in Valencia, SILES has shared the booth with many top tier artists. Leading to releasing his productions on labels like Get Physical, Deeperfect, and of course his latest on SCI+TEC.

How did you first get introduced to underground dance music? What is the most challenging part of becoming a full-time producer and touring artist?
My first contact with dance music dates back to the age of 12, listening to countless cassettes that an uncle of mine produced. His car had a powerful sound system and every time he picked me up from school I remember it was an incredible trip. On the other hand, it was in Valencia when I discovered underground music. The first artists I listened to were Angel Molina, Oscar Mulero or Danny Fiddo playing techno at Barraca, and believe it or not, I thought it was horrific. Regarding to the second question, producing music is a pleasure for me. Nevertheless, it is vital to have a proactive and energetic mindset, as it is very difficult to create outstanding music when returning from a long journey and you´ve had few hours of sleep.

What has been the most exciting turning point of your career so far?
I believe that my career has been built over consistency, and there hasn’t been a particular gig or production that radically changed the way I approached techno. During the last decade, I´ve fulfilled a long, but raising path. Obviously, publishing for Sci+Tec is an important step forward in my career, and in fact, when I started producing I thought I would never make it. Nowadays, I strongly believe that I have the tools, knowledge and experience to publish for any label in the world. I need to continue working as I´ve done; only time will tell.

Where is your home base? If someone were visiting there for the first time, what clubs and/or parties and/or restaurants would they want to check out?
I was born and raised in Valencia, and it still remains my place of residence. It is an incredible city, soaked under a Mediterranean spirit and with an enviable weather. If seeking a club in Valencia, without doubt the answer is Barraca, where I´ve been resident DJ over the last 13 years. You can feel the essence of this historical club (52 years) amongst each of its walls, and it holds one of the most remarkable sound systems I’ve ever heard, which is enjoyed by the best DJs in the world. Besides, if you want to taste an authentic paella my recommendation is Casa Carmina (El Saler).

What advice would you give to an aspiring producer?
Music knowledge, IT, and accomplish as many music production courses you can. Try to make music with experienced people so you can make the most of it, and most importantly, tons of patience and commitment. The vast majority that fall by the wayside relates to discouragement, not because of insufficient skills. This is a long-distance race and you need to be constant with your work. I’ve been publishing music since 2008 but I am continuously learning new capabilities with the goal of enhancing the quality of my music.

What’s on the horizon for SILES the remainder of 2017?
Speaking of productions, my most recent release was on the 11th of September for Justin James’s label, Refused. And, at the end of month I will publish for the first time in Oneself, the newest label of The Deals which has already counted with great artists and that I personally love the way each reference is worked. Speaking of gigs, I will continue working with Barraca and hope to close as many dates as possible until the end of the year.

Do you have any hobbies outside of music?
I am a passionate for cinema, and a big football and basketball fan. I also enjoy going out for dinner every night I can. But, as you can imagine, my biggest interest is music and everything that goes around it.

What are some touristy things you do while playing in a foreign city?
Unfortunately, I don’t tourist that much when playing in other cities, as usually we only spend a few hours until we move to another place.

Dream gig…
My biggest motivation is always the next gig and making people enjoy when I play music. Sometimes expectations don’t get fulfilled when playing in big clubs, whereas you might visit a smaller one that turns into the gig of the year. Or vice versa, of course! But, if I was to mention one country that I would love to play is Argentina. People love the electronic music events in a different way, their passion really calls my attention. Ever since the legendary sessions of Sasha & John Digweed, it has always been a remained dream for me.

Name one of your go-to tracks…
We are living great times in the music industry, with increasingly solid productions, but at the same time focused on the dance floor. I do not classify myself as a pure techno DJ, but this style has gained more weight in my sets. Labels such as Off Recordings or Hotflush are amongst my favourites. Likewise, artists like Juxta Position, Wigbert, Rosper, Etapp Kyle or Blondes are a constant in my sessions.

Tell us about your mix…
The set I´m featuring was recorded live at the end of August during a warm up to Fabio Florido. Besides the yelling of the crowd, it perfectly reflects my music style, with Techno, Tech-House and a variety of tracks from some of my favourite producers: Wigbert, Raxon or Patrice Baumel.

Drink of choice…
Tequila, or water and blueberry juice by day.