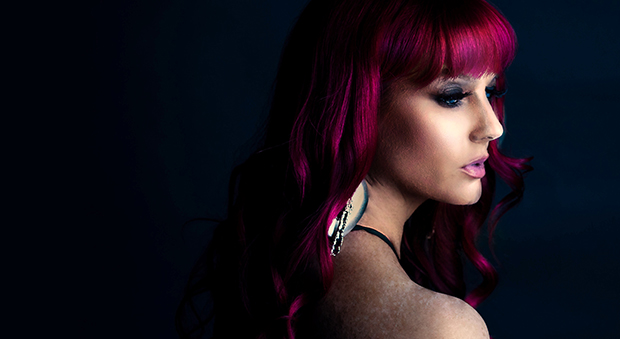 Toronto artist, Sydney Blu, has established herself as one of the top female producers and DJs in the world.

You can find her tunes on such excellent labels as Knee Deep In Sound; VIVa Music; Toolroom; Gene Farris’ Farris Wheel Recordings; Playmobil; Hotfingers; her own label, Blu Music; and her latest release, You Don’t Understand EP, on SOUP.

Sydney Blu is teasing with legendary status in the realm of electronic music. We’re happy to feature Sydney for our 204th Lovecast episode. Enjoy!

How did you first get introduced to underground dance music? What is the most challenging part of becoming a full-time producer and touring artist?
In the late 90’s I discovered House music at an underground club in Ottawa Canada called ‘Atomic’. That’s where I got into dance music and the underground House movement. I spent 2 years being schooled in this music and when I moved to Toronto in 2000, I started my Dj career. The most challenging? It’s all challenging. You have to be completely dedicated and devote yourself to it full-time if you want to make it in this business. Everyone wants to become a Dj these days. You have to be unique and you need to be relentless with your work.

What has been the most exciting turning point of your career so far?
I’d say getting signed to Knee Deep in Sound this year has been pretty big. My first release comes out with them next month for ADE. Hot Since 82 is my favorite current artist, DJ and Producer. It’s a real honor to be working with him. Also moving back to Toronto in 2015 really jump started things again for me. Being in this city makes me feel alive as an artist.

Where is your home base? If someone were visiting there for the first time, what clubs and/or parties and/or restaurants would they want to check out?
Toronto ! I am a Toronto girl through and through. Even when I lived in the US in Miami and LA I still always said I was from Toronto. Eventually I just came back because I missed it so much. I would take a person visiting Toronto for the first time to Coda Nightclub or the incredible Electric Island Festival we have all summer long on our beautiful Toronto Island with some of the best underground talent you’ve ever heard of. Foodwise, I love a place called People’s Eatery and 416 Snack Bar. ..Toronto bar/food staples.

What advice would you give to an aspiring producer?
Don’t be lazy, don’t complain, just work day and night until you achieve your goals. It’s not easy and there will always be barriers, do what you can to break them down or find your own path.

What’s on the horizon for Sydney Blu the remainder of 2017?
As I mentioned, I have a release on Knee Deep in Sound coming up next month as well as Joeski’s Maya Recordings. We also have a wonderful new Ep on Blu Music coming Sept 29 by New York based producers Espinal & Nova. I also have a ton of Blu Parties coming up in New York, Chicago, Toronto and Los Angeles finishing off the Year. I will also be playing a SOUP party coming up in New York very soon (I just released a wicked Ep with that NYC based label called ‘You Don’t Understand’. I will also be playing at Amsterdam Dance Event at several showcases this October.

Do you have any hobbies outside of music?
Dogs and Yoga pretty much. That’s me in a nutshell…Techno, Yoga, Dog lover.

What are some touristy things you do while playing in a foreign city?
I love checking out architecture & museum’s in cities I’ve never been to and I always love to find a good vinyl record store.

Dream gig…
Coachella, Creamfields & Hot Since 82’s Labyrinth night at Pacha in Ibiza…I’d also love to do an Essential Mix on the BBC one day for sure.

Name one of your go-to tracks…
I have been playing Life is too Short by Yousef nonstop lately. Love that record from Knee Deep in Sound.

Tell us about your mix…
My mix is on the deeper side for this one. I drift between a Deep tech house sound and funky Chicago house. This one is definitely on a deeper angle. I opened it with Habichman’s Closure from Knee Deep in Sound and go into some hypnotic records like Nic Fancuilli & Guy Gerber’s ‘The Perfect Crime’ . It picks up about halfway with one of my productions on SOUP NYC ‘You Don’t Understand’ remixed by Pirupa and finished it off with a super trippy record from Cocoon called Free Savioni by Einzelkind. Final song is another SOUP record off my newest Ep for them called Catch my Flow.