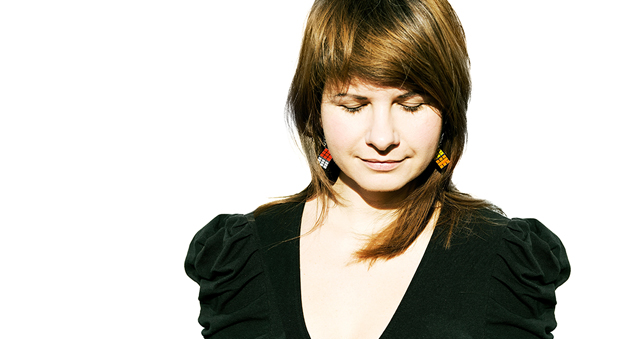 Dansor is fast cementing herself as one of Holland’s hotly tipped electronic music artists. Founder of Comport Records, the Hungarian-born producer has released on the likes of Tulipa and Nervous, and is also the former winner of Pete Tong’s Bedroom Bedlam and Dave Clarke’s ADE Demlotion panel. An established live act as well as a DJ, Dansor’s performances have graced Sziget Festival, Ozora Festival and Balaton Sound, not to mention an inventive appearance at ADE where she performed her debut album ‘Theory Of Love’ live alongside jazz musicians.

Dropping her debut album at the start of 2016, ‘Theory of Love’ garnered a glowing print review in DJ Mag, radio support from the likes of BBC Radio 6 Music’s Nemone, John Digweed and Jonty Skrufff, not to mention topping the Beatport charts with the release hitting no.1 in Breaks, no.14 Electronica, no.18 Deep House, no.23 in the Tech House – resulting in an overall Top 100 appearance at no.93.
Now, with her live set evolving and Comport Records maturing, 2017 looks to be the most propitious year yet for this bright and promising individual.

How did you first get introduced to underground dance music? What is the most challenging part of becoming a full-time producer and touring artist?
The first big concert I’ve seen when I was about 10, was Kraftwerk and their music had the first big impact on me. I remember they made me cry, and if that happens to me I know the music is just great. With the rise of the new wave in Budapest I started to go out at cult places like Black Hole, Tilos az A. Then the first ‘invite only’ acid parties started which slowly turned into more psychedelic & goa trance ones later on at super crazy locations from catacombs, bath houses to beautiful valleys. And as I loved the whole vibe I wanted to get my own decks & vinyl, but I had no money to buy it. So my plan B was to save some money while I was baby sitting abroad and this turned into another adventure when I met my boyfriend and decided to move to The Netherlands. Step by step I learnt mixing, and producing from magazines like Future Music (youtube wasn’t even existing). The most challenging part for me is finding a good balance between all the things I’m doing: I’m a visual designer, running my label Comport Records, organizing parties, producing on my own music, performing as a DJ and whenever possible as a live act with my little band or with other live musicians.
What has been the most exciting turning point of your career so far?
My first album ‘Theory of Love’ which I released last year on my own label. I was super excited to see it rising and appearing in the Electronica, Deep House, Tech House Beatport charts and reaching the nr 1 position in Breaks and – as a result – making it even into the overall top 100 releases. DJ MAG UK/US did a review with a title ‘Not So Formulaic’, and other blogs like Big Shot Magazine, Ibiza Voice picked it up as well.  I’m also really thankful for the support of  John Digweed playing ‘Hallo’ in his Transition radio show and thanks to Nemone ‘Hunger Of The Steel’ was the most played tune on BBC6 Radio on the day she dropped it.
Where is your home base? If someone were visiting there for the first time, what clubs and/or parties and/or restaurants would they want to check out?
A smaller town called Haarlem in The Netherlands. Definitely would check ‘Patronaat’, this is the place I had my album release with my live band and where I recently played with Blond:ish at  ‘ Het Reservaat’ party. Love the summer vibes on Wednesday evenings at the ‘Park Sessies’. If you like the beach, Woodstock69 is a great bohemian place to check out for parties, chilling or dinner.
What advice would you give to an aspiring producer?
Be not so formulaic! Follow your heart and intuition and don’t give up.
What’s on the horizon for Dansor in 2017?
This year I played for the first time in Costa Rica’s Vertigo and Cafe del Mar in Ibiza, both such a great experience, and hope to have more of these coming on my way. Just like getting the know the talented violin player Ewa Pepper during a gig in Haarlem. I’m already excited to play with her again at OT301 in Amsterdam after the summer. On the production side, I’ve done two new remixes for Hungarian artists Zagar and Metha and finished two new originals – one with the American ‘Ghost Wars’ and one with a Hungarian ‘Moleque’ on vocals – all waiting to be released. Considering Comport – the new pack of my ‘Feeling’ tune with some amazing remixes by Onur Ozman, Anis Hachemi and Brad Hart is coming up, and also a lovely EP by Atlant from Italy. Also planning the full ‘Theory Of Love – The Remixes’ LP and I really keen to record the live version of the album as well with my band.
Do you have any hobbies outside of music?
Yes, travelling, design, fashion and doing interactive stuff like our ‘ReSpeak jacket’ collab with Esther Zahn – a jacket with sensors to react on hate speech.
What are some touristy things you do while playing in a foreign city?
I try to take the time and discover the real vibe of each city / country I visit. It can be anything really from coffee places, restaurants, arty areas, musea or just simply the nature, depending on how much time I have and can plan around the gig.
Dream gig…
Burning Man and Desert Hearts!
Name one of your go-to tracks…
Zagar – Alien Life (Dansor Remix)
Tell us about your mix…
I hope you’ll enjoy the selection of my current favourites – including ‘Red Lips’ by Onur Ozman which is just out on Comport and a sneak preview of the upcoming Anis Hachemi remix of my ‘Feeling’ track.
Drink of choice…
Nothing can beat the taste of real fresh coconut water.