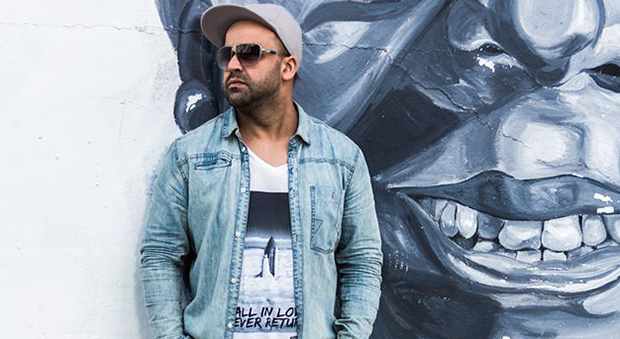 Having been steadily making tracks 2009, Affani scored when his tune “Aribica II” was signed to Chus & Ceballos’ Balearica 2016 compilation on Stereo Productions. He’s also released jams on Nurvous and Deeperfect.

How did you first get introduced to underground dance music? What is the most challenging part of becoming a full-time producer and touring artist?
I have always been a music lover but my careers humble beginnings started in the late 90s while involved in a Latin Pop band and simultaneously going to a club called DE Rechter in Eindhoven. I was extremely curious about the nuances of Djing and started gathering information about the technical skills involved in the art of Djing. After I discovered the basics around DJing and how it all works I bought myself a second hand belt turntable, a mixer and I was basically spending all my money on vinyls and studio gear and I starting sampling and producing bootlegs. I was on Laidback Lukes forum and he kindly gave me some producing tips and tricks.My move to Ibiza in 2005 was very productive as I secured a a number of important gigs and from there I started taking producing seriously with my first major release in 2006

What has been the most exciting turning point of your career so far?
I started to receive a lot more visibility and popularity especially on social media after the maestro Carl Cox played my track,The KATT at the Ultra Music Festival in Miami in 2013.I also noticed an increase in bookings and remix requests after people found out about Carl Cox supporting my work

Where is your home base? If someone were visiting there for the first time, what clubs and/or parties and/or restaurants would they want to check out?
I am based in Ibiza, as Club I recommend Pikes, as Parties Pure by Carl Cox, Resistance and Black Coffee in Hï Club as Restaurant I recommend Can Pujol

What advice would you give to an aspiring producer?
To have passion and love for the Music, to work hard and to be original, it take time to make your dream come true

What’s on the horizon for Affani in 2017?
I am starting a new Record Label called LClub Music , I have remixes coming out for ‘D.H.S. – House Of God’ ‘Todd Terry’ ‘Sucker DJ’s- It’s Gotta Be’ and some original tracks as well. I am resident DJ in Es Vive, JET, in the next coming weeks I have gigs in EDEN, The Netherlands and Morocco I am also doing some shows on Ibiza Global Radio.

Do you have any hobbies outside of music?
YES! I Love Travelling, Cooking and being creative in general.

What are some touristy things you do while playing in a foreign city?
I like to know more about the city itself its History, its Culture and of course shopping