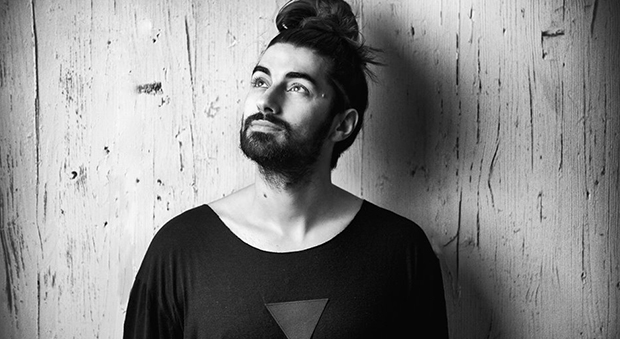 Alex has released a wide array of great originals and remixes for some of the brightest labels in the game; such as Snatch!, Lapsus, Bondage, Stereo Productions, Get Physical, and forthcoming on Bedrock.

Aside from his productions, Alex also is resident with Pacha and helped form the “Insane” party series alongside John Digweed on the White Isle. He also has upcoming residencies with Hot Since 82 and Maceo Plex, and is DJing with the almighty Solomun on two dates this summer.

We caught wind of Alex Kennon a few years back and have been a fan since–excited to feature him on our Lovecast series. Enjoy!

How did you first get introduced to underground dance music? What is the most challenging part of becoming a full-time producer and touring artist?
I first got introduced to dance music through my own musical taste, it was something that I always preferred. I then worked in radio for a little while and it just progressed from there onwards to where I am today. The most challenging (but enjoyable) part is that every day you need to be focused on producing new music, continuously adapting and giving 100% of yourself in the shows.

What has been the most exciting turning point of your career so far?
At moment I don’t have something in particular that sands out as ‘special’, but instead lots of little memories and events that have stuck with me. Honestly, it has been a nice turning point to be respected as a producer and DJ, and to gain plays and support from some of the biggest DJs around, including John Digweed, Nic Fanciulli, Hot Since 82, Solomon, Pete Tong etc. It’s a really cool sensation. I’ve also gone on to play with some of the biggest names in the industry over the last 12 months, and I’m really excited for my two upcoming gigs with Solomun at Destino, Ibiza.

Where is your home base? If someone were visiting there for the first time, what clubs and/or parties and/or restaurants would they want to check out?
My home base is between Ibiza and Barcelona. I suggest to my friends all the time to visit the proper Ibizencos restaurants and to visit clubs such as Pacha, DC10 and Open-air Parties like Destino, but also to try and get to some Villa Parties on the Island if possible!

What advice would you give to an aspiring producer?
To try and try find their own sound and once they’ve found this, to then aim on making this sound stronger whilst keeping it original as this leads to an identity across all of your releases.

What’s on the horizon for Alex Kennon in 2017?
I’ve got quite a lot of things going on in 2017 including my residencies for Labyrinth by Hot Since 82 and Mosaic by Maceo Plex at Pacha, plus two gigs with the king Solomun at Destino for his Solomun Live party. On the 2nd of July I will be playing with Luciano in Malta, and on the 13th of August with Jamie Jones at Guendalina in Italy.

Music wise, I have releases on labels including Get Physical, Bedrock, Nonstop, Moan and a few others which should be coming soon. At moment I’m really happy with my own sound and my studio work.

Do you have any hobbies outside of music?
I really like all kind of sports and playing my guitar. Actually, I started since concert Piano around 4 months ago with the aim to learn Blues and Jazz.

What are some touristy things you do while playing in a foreign city?
Wherever I go I always ask about the population and the number of people living in the city I’m visiting, I don’t know why but it’s just become a habit now! I also try to visit as many of the ‘hotspots’ as possible and I aim to experience as much of the local culture as possible in the little time that I often have

Dream gig…
It’s honestly really hard to answer this question as I have a lots of dream gigs, not only just the one. I’m lucky to be playing at a lot of places that I haven’t played before at the moment, so my opinion is constantly changing.

Name one of your go-to tracks…
Ditongo ‘Longo’ on Degustibus Music. I love the mood inside this tune.

Tell us about your mix…
The mix is a mirror of what you can find me playing in clubs and festivals at the moment. Inside we’ve got some exclusives and a selected bunch of tracks that you will definitely find me playing across the summer.