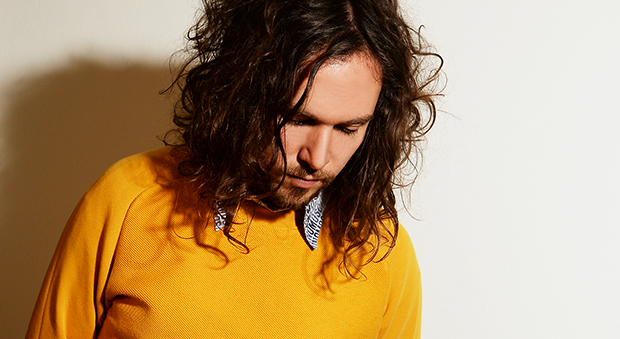 How did you first get introduced to underground dance music?
I first got into electronic music back in 92/93 by my big sisters boyfriend at the time. He’d bring his records over to my house every Saturday to play on my step dads sound system, I had never heard anything like it and instantly fell in love with the sound. The pirate radio stations like Green Apple, Don FM and Red Eye all had a big part in my introduction to underground dance music too.

What is the most challenging part of becoming a full-time producer and touring artist?
Probably using my time wisely for every day things, I suppose I’m in the middle of a transition so it’s just an adjustment, but it’s all good and part of the challenge.

What has been the most exciting turning point of your career so far?
Defiantly the Hot Creations release! As a product of the that I’ve heard Pete tong play my music on Radio 1 which was amazing, I’ve been playing out lots and meeting loads of people I look up to and respect in the scene. I’ve also gained an amazing agent and manager, which are all things I’ve wanted for quite some time so I’m really happy at the moment.

Where is your home base? If someone were visiting there for the first time, what clubs and/or parties and/or restaurants would they want to check out?
I live in Berkshire just on the edge of West London which is lovely for nice pubs, restaurants or a good walk somewhere beautiful, but if you want a night out it’s only a short train journey to Waterloo station, where all the fun usually starts.

What advice would you give to an aspiring producer?
Stay true to your sound, be original and most importantly work hard & DON’T GIVE UP!

What’s on the horizon for Sooney in 2017?
Gigs wise as far as I know I’ll be playing all around the UK, Ibiza, Italy and a few other places in the coming months. I’ve also got some big news coming up on future releases so make sure to check out my Facebook, Twitter, Instagram etc to be the first to hear about that!

Do you have any hobbies outside of music?
Probably my next favorite hobby is cooking, not so rock n roll I know, but we all gotta eat…

What are some touristy things you do while playing in a foreign city?
Mainly eating local food and seeing as much of the place as possible.

Dream gig…
It’s hard to say because there are so many places I want to play, but probably a big Elrow set outside in the sun.

Name one of your go-to tracks…
Talk On by Nathan Barato.

Tell us about your mix…
It’s a mix of some old, some new, and some unreleased tracks that I’m feeling at the moment. If you like the music full on, you should like this mix!