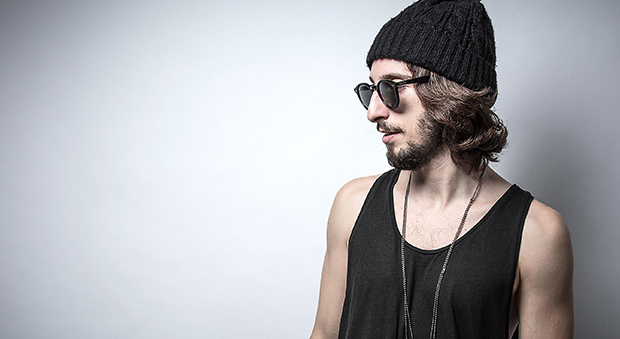 We’re pumped to feature this hot up-and-coming producer on our Lovecast series.

How did you first get introduced to underground dance music? What is the most challenging part of becoming a full-time producer and touring artist?
It was 15 years ago when my friends and I started to hear tracks made by DJs such as DJ Ralf, Satoshi Tomiie and Loco Dice. This was at a famous club in south Italy called Guendalina. When I saw Dj Ralf playing for the first time at Guendalina, this was when I realised that I wanted to be a DJ.

First of all it’s creating good music and second is to make people know that you exist. Labels receive so much music that sometimes if they don’t know your name, they won’t notice you. Through good music and also travelling, I think you could start to make a name for yourself.

What has been the most exciting turning point of your career so far?
I think there have been two turning points in my career so far. The first one was my collaboration with Lee Foss, he’s an artist I’ve been following from the start of my career and has made me fall in love with music. Releasing on his label was incredible for me.

Playing the Space Terrace at Do Not Sleep party, the last year was also a big honour. I was speechless after the night, as it was so magical!

Where is your home base? If someone were visiting there for the first time, what clubs and/or parties and/or restaurants would they want to check out?
In the winter I live in Milan and in the summer, I live in Ibiza. Milan is a great place to party. In Milan, the party atmosphere is unbelievable! Whenever I play in Milan, the crowd has a lot of energy; so much so, we play from the night till 11 am. That is one of the reasons why I find Milan such a special place for nightlife.

For food in Milan and Ibiza, it’s hard to only mention some! Signor Vino is a nice restaurant. They have over 1000 kinds of wines and the food is great. La Toscana Di Tony is also a very good restaurant and Brian N Barry Terrace is the best place for dates.

For nightlife in Ibiza, I don’t know from where to start! I love Dc10, Sankeys and Amnesia!

What advice would you give to an aspiring producer?
Loads of young producers message me on Facebook about it. I always tell them to believe in themselves and work hard! That’s the main thing!

I was born in a town with 6000 citizens in the middle of nowhere and now look where I am! So anything is possible.

What’s on the horizon for Mirko Di Florio in 2017?
A lot of new music is coming up! Lee signed a second EP on his label Repopulate Mars, in June. I will also release “Get Into The Groove” EP on Deeperfect and also ”Bad Influences” on Kaluki, a track I did for my friend Peter, crazy old guy! Later in the summer there will be new releases on Do Not Sleep and I can finally say VIVa Music! I worked very hard to finish that Ep in the last few months!

I’ll be touring in Europe all summer; I’ve done some gigs in Italy, Spain, the UK and Ibiza with Do Not Sleep Ibiza guys!

Do you have any hobbies outside of music?
I love sports! Especially playing football! I played for a team when I was younger but now it’s gonna get very hard even to play for fun and I just play some matches with close friends.

What are some touristy things you do while playing in a foreign city?
Finding nice food!!! hahahah! I love to try different foods from everywhere! And if I’m not too tired from other gigs and flights I will also check out the city!!!

Tell us about your mix…
About the mix? Funny story! I recorded with the wrong output and for the first hour I recorded silence and I wasn’t even drunk ahahh

In my mix, I tried to be very groovy and funny you could hear some of my unreleased tracks and some upcoming bombs from Mihalis Safras on Repopulate Mars and a new track from a guy who is starting to make good music called Christian Bove.