Lovecast 030 & Interview with Till Von Sein 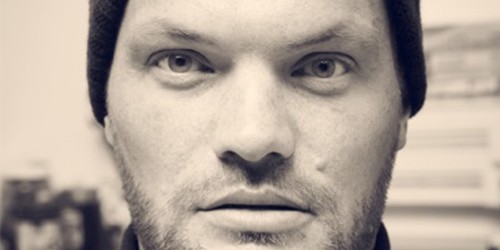 Till Von Sein is the master of arrogance, mostly because he rocks crispy white tee’s with catchy slogans on them for like maybe two or three uses tops and then throws them away. Plus whenever he’s buying sneakers, homeboy always cops two pair. I mean, if that ain’t keeping it really real in Berlin, than we don’t even know.” Soul Clap, Boston, 2010. Till is a typical urban kid; growing up in the nineties with skateboarding and hip hop, he was running his own street wear shop for seven years until he in 2006 decided to focus 100% on his music career

. Besides working as the booking

agent for a number of infamous German acts, Till is also a heavily acclaimed dj and producer with releases on labels like Supplement Facts, Suol and Dirt Crew Recs, with collaborations with Tigerskin, Aera, Chopstick, Catz’n’Dogz etc. and with remixes on Ministry of Sound, Plastic City and many others on the discography.

His heart and dedication, however, is to be found in dj’ing. For the past two years he has been travelling all over the world; South Africa, Japan, US and all over Europe never letting the dancefloor down. A dj set from Till Von Sein is soulful and pop infused, you for sure never know what you are gonna get – only thing certain is, that it will be some wicked stuff.

1. Where are you from and how did your hometown shape the type of artist you are today?

I am originally from a small town in northern Germany. We had a vibrant hip hop scene there and I had a bunch of creative kids around me. On the weekends we started our own little parties; renting youth clubs, bringing our own decks and just partied. It was all about graffiti, skateboarding and rap music. And all the guys I grew up with who had faith in their talent and worked hard and really made it, still blows me away every time I meet some of them. There was big DIY spirit which helped a lot, growing up in a small city where didn’t have everything just around the corner.

2. How did you originally get into DJing and making music? Were you playing music / an instrument as a child?

I never really played an instrument. I was an MC in a rap group and had a really talented DJ by my side who inspired me to also get into it. It took me almost 10 years to get into producing music, as I never really got into computers and gear at that time.

3. When did music production become a serious part of your life?

In 2005. By then i spend every single night of the week learning how to use Reason and a year later I had my first release, together with Aera, out on Trenton. I moved to Berlin and got really deep into it.

4. What is your preferred method of music production?

I do it all in the box. Macbook Pro and Ableton. I don’t own a single piece of hardware… But never say never!

5. You have some stellar releases on labels such as Suol and Dirt Crew.  Can you tell us a little about these labels and what drew you to them.

Through my agency work with Clique bookings I was in the lucky position of meeting all these guys. Dirt Crew digged a joint I did and from that moment on we started working together.

Suol actually was a funny coincidence; I did a record called ” Hank Moody”, because I was totally blown away by the first season of Californication back then, and Chopstick wrote me a message on Facebook: “Yo dude, you took the name I wanted to use! I and even got the rights for the German web domain already!” I had to tell him that he was too late, haha! But then he actually listened to the record and liked it and asked me for some tracks for his label and we started working together… Thanks Hank

6. You have some amazing collaborations with artists such as Tigerskin, Chopstick, and John jon… Can you go further into detail on what it’s like working with these great artists and how it’s affected your style.

For me its really interesting to see the different work flows those guys got. Tigerskin is like a robot; he can do a track in two hours and he is always full of ideas how to add sounds etc.

Chopstick is a classic engineer. He can tweak his sound for hours and won’t stop until he is satisfied.

They both taught me a lot; how to make my tracks sound better, how to play certain harmonies etc.. I really owe them a lot.

7.   As a producer, do you prefer to collaborate or work alone?

I like both. I love to be alone in my little room and work for hours and hours and really lose myself in it, but I also love the energy with somebody like Tigerskin as he is such an experienced and versatile producer and also a super nice guy to work- and hang with.

8.  What advice would you give to aspiring producers?

Work on your shit. Don’t expect the first track you arrange to be “the bomb joint” that everybody out there has been waiting for. Certain things just need their time.

9. Who are some your favorite producers at the moment?

Robin Hannibal is someone I really look up too right now. Everything he touched lately is pure gold.

Kink is a big favorite since years now. And off course Tigerskin. Every time I meet him he shows me new tracks that blows me away.

11.  When you are behind the decks DJing you have this incredible energy that keeps the party going.  When playing during different times and settings do you take different approaches to your sets?

Definitely. I used to dj all night. That was how it all started for me. Warm up, prime time and sloooowing it down. I still prefer long sets over the regular two-hours primetime any day.

12.  Can you tell us one record or song that has changed your life?

Daft Punk – Music. That one really got me into the whole house thing.

13. When you are not listening to or creating electronic/dance music, what are you listening to to get inspiration or just for leisure?

I listen to a lot of r’n’b. Some UK bass inspired stuff, rap and some old funk and soul every now and then.

14. Do you have anything big planned in the coming future that you would like to tell us about?

Right now I’m working on some joints with Tigerskin for an upcoming EP plus a couple of remixes. Two new joints for the Suol Winter compilation, one solo track with Meggy…

I also started to work on my second album which will be out by Sept/Oct next year. And of course the work with the agency keeps me really busy right now.

15. Can you tell us a little bit about this particular mix?

It is a bunch of new tracks I recently either got sent, bought and/or produced