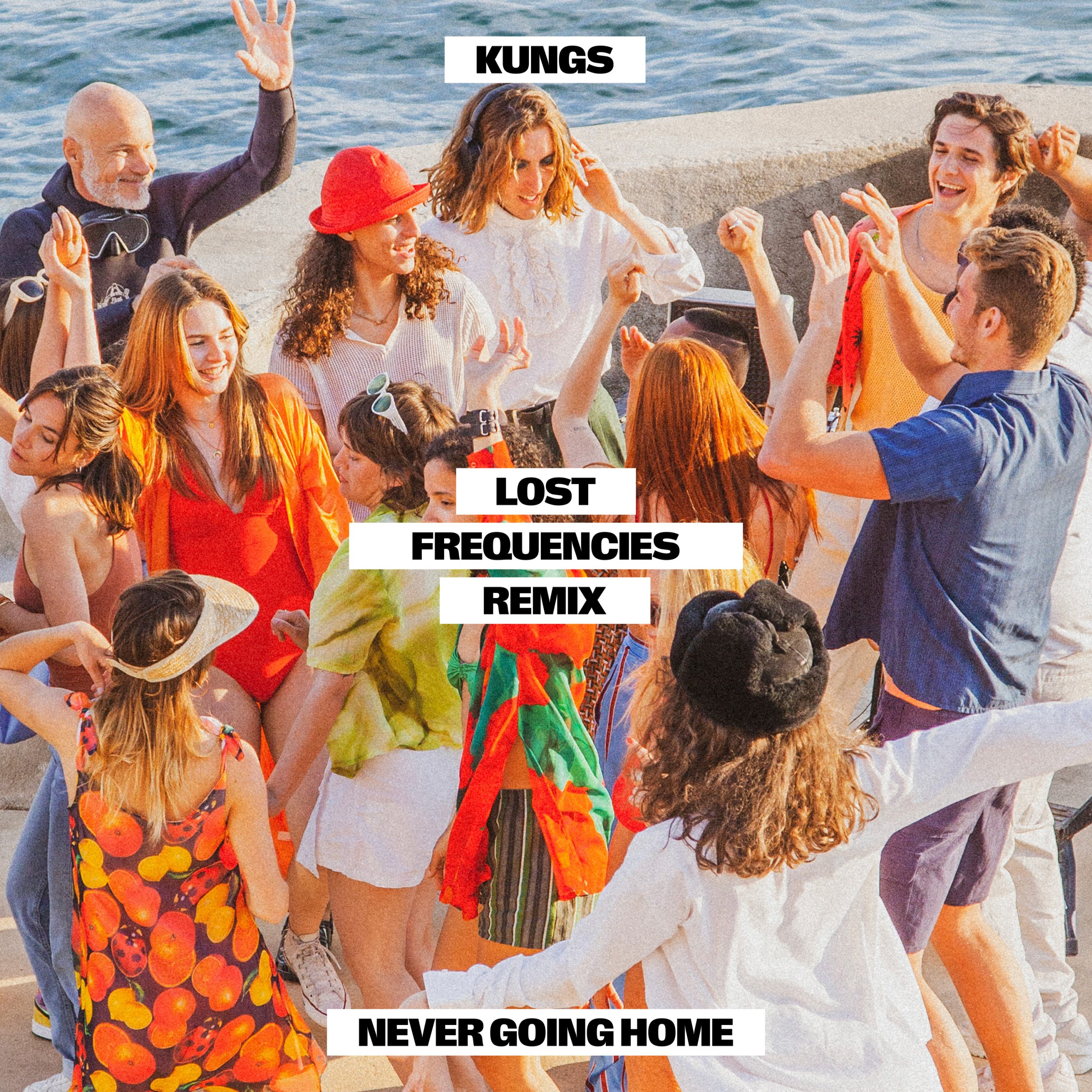 Characterised by shimmering pads and refined breakdowns, the Lost Frequencies remix of ‘Never Going Home’ sees him inject some emotion and poignancy into the feelgood original. A certified hit, ‘Never Going Home’ has surpassed 20 million global streams across all platforms, peaked at #13 on the global Shazam Chart as well as topping the Electronic global Shazam chart. Additionally, Kungs’ latest serving will feature on his forthcoming new album due out later this year.

A shining star in the modern French electronic scene, Kungs boasts more than 2 billion streams across his back catalogue, with huge global hit ‘This Girl’ reaching #1 in 45 countries. In the UK, the single has sold over 1.5 million copies, is certified double platinum and peaked at #2 on the official chart. His debut album, Layers has sold over 1.2 million copies around the world and received a coveted French Grammy while, more recently, his remix of Dua Lipa’s global hit ‘Don’t Start Now’ has clocked up over 10 million Spotify streams. Marking his first release of the new year, ‘Never Going Home’ followed his 2020 single ‘Dopamine’ featuring UK singer-songwriter Jay Hart.

Since first emerging onto the global electronic music scene in 2014, Brussels-born Lost Frequencies has ascended to extraordinary heights, playing to sold-out audiences around the world, amassing over 2 billion streams, breaking chart ground and becoming a sought-after producer and remixer. The first Belgian ever to hit #1 in the UK with his own ‘Are You With Me’, which also went multi-platinum across the globe, he’s also remixed the likes of Justin Bieber, Major Lazer and Diplo. Recognised as one of the fastest rising artists by the likes of DJ Mag, the Tomorrowland resident remains one of the most influential and exciting artists in global dance music.

A collaboration between two of the biggest names in global dance music produces typically dazzling results.