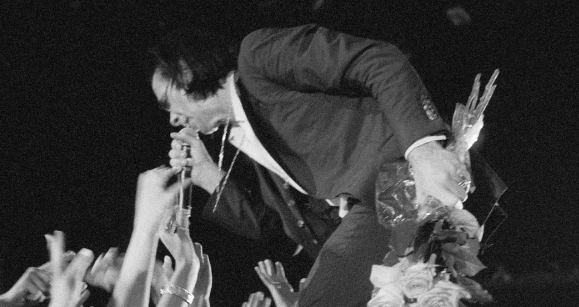 Having already confirmed globally recognised artists such as Arctic Monkeys, The Chemical Brothers, Kraftwerk, Róisín Murphy, Years & Years, Disclosure, Jessie Ware, Jake Shears, Bonobo, James Blake, Peaches and many others, MEO KALORAMA Festival in Lisbon have announced that the legendary Nick Cave and The Bad Seeds will be headlining the Saturday of the already jam-packed festival.

The first edition of MEO KALORAMA Festival orbits around music, art and sustainability, and debuts this September 1st, 2nd and 3rd  in the beautiful and lush Bela Vista Park in Lisbon, Portugal.

Daily tickets available at the price of €61 (+fees) with weekend tickets currently available from €160 (+fees) until the 14th of July here.

One of the most intense and exciting live acts on the planet, Nick Cave & The Bad Seeds will headline the first ever MEO Kalorama festival this year, in one of their first shows in 4 years.

Formed following the breakup of The Birthday Party in 1982, to date the band have released seventeen studio albums, starting with From Her To Eternity in 1984, to the Bad Seeds’ latest album ‘Ghosteen’, which has been widely received as their best work ever. One of the most critically acclaimed acts working today, Nick Cave & The Bad Seeds have sold over 5 million albums worldwide to date. Their influence has been profound and far-reaching with many artists covering their work and citing their influence, Nick Cave & The Bad Seeds continue to remain peerless and defy expectations.

LINE UP SO FAR / DAY SPLITS

NICK CAVE AND THE BAD SEEDS