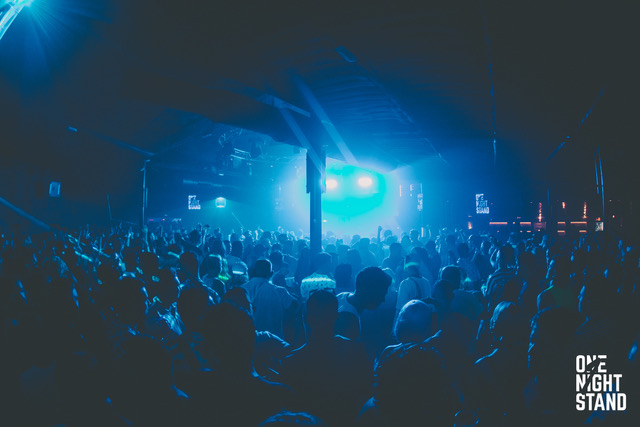 One of the most talked about and exciting new parties in Ibiza is back at the most notoriously famous club in the world for three more memorable events this summer: Game Over’s One Night Stand returns to DC10 on July 12th, August 9th and for a very special 3rd birthday on September 20th with world class talents like Carl Cox, Sonja Moonear, Margaret Dygas, Dyed Soundorom, Enzo Sirugusa, Better Lost Than Stupid, Norman Cook, Dan Ghenacia, Shonky, tINI and many more all lining up.

After last years Friday night takeover at the club, it was clear DC10 was the right home for One Night Stand. The club and party promoters share the same values and vision and it lead to unbelievably good vibes and a raw sense of energy that lived long in the memory of those who were there. These three summer 2019 parties are sure to recapture those essentials and make a real mark on the white isle once again.

The first date for your diary is on July 12th with the main man, Carl Cox. The enduring dance music icon leads the party that also features a much anticipated special back-to-back between minimal maestros Sonja Moonear and Margaret Dygas. Frenchman and house expert Dan Ghenacia also joins in, as does Fabe, a live show from minimal star Leo Pol and the micro house talent Voigtmann plus many more such as Ingi Visions, Sweely (live), Alci, Javier Carballo and plenty more.

Onto the 9th August and the rightly hailed king of Ibiza, Carl Cox headlines once more. He is undoubtedly the master of ceremonies and firm favourite of the Game Over crowd and will be joined by Fuse founder and dub tech specialist Enzo Siragusa plus the legendary big beat master Norman Cook for a special DC10 Garden set. Ibiza’s leading lady tINI, Constant Sound boss Burnski and many others including iO Mulen, Varhat, Michael James, Vinyl Speed Adjust and Laughing Man all line up to set the tone.

“We’ve stacked our lines ups this year with a mix of new and old, representing the core underground sound of our scene alongside some of its most revered heroes in Carl Cox, Norman Cook and more. As always we like to let the music do the talking, so let’s hope the place is on wheels” says Luca Ferretti – Promoter Game Over

The much anticipated Game Over 3rd birthday is on September 20th with taste-making French house star Dyed Soundorom joined by Davide Squllace, Matthias Tanzmann, Martin Buttrich under their Better Lost Than Stupid project. Add everyone’s favourite Dutch duo in Spokenn, Traumer and Hector plus some more surprises to come and this party will be just the right kind of crazy to close out this year’s Friday series at DC-10.

This is set to be another remarkable season of events for real music lovers, so get booking those flights ASAP!