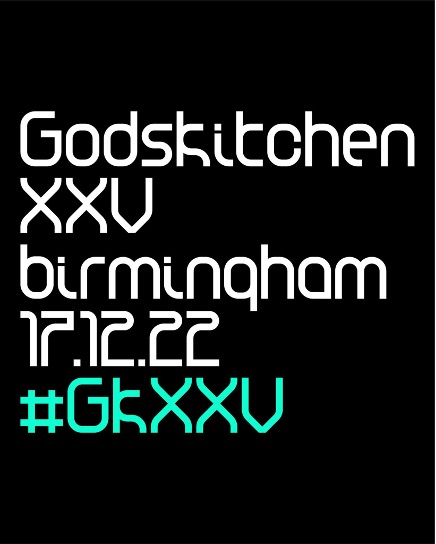 After a six-year hiatus, legendary dance music superclub Godskitchen returns with a new home and a line up featuring some of the biggest names in dance music.

Celebrating 25 years since its first shows in Birmingham, the event will include a selection of handpicked ‘Godskitchen legends’ and residents from its history, and will take place on 17th December at the incredible, 3000-capacity multi-roomed Digbeth warehouse Crane – the UK’s hottest new venue.

After party details are set to be announced at a later date.

An international superclub brand, Godskitchen launched in Birmingham in 1997, going on to organise parties and festivals across the world.

“Birmingham is such an important part of Godskitchen’s history, it’s incredible to see so many of the people that helped build the club come together to make this happen”. said Mark Gillespie, a former employee of GK and now custodian of the brand.

Godskitchen marks its return for what promises to be one of the biggest and best events of the year.

Full Line up below: