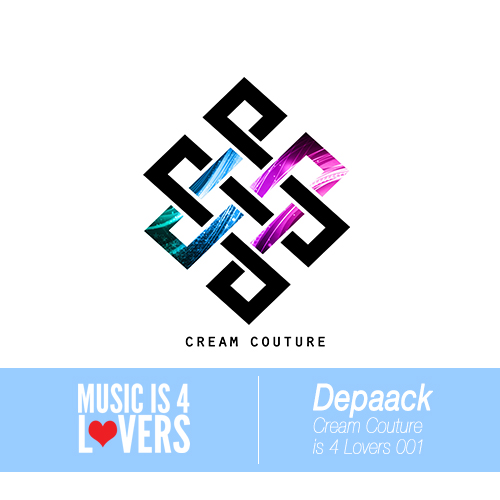 We are proud to announce the launch of our new Labelcast podcast series. For a period of two months we will feature a different label and they will have the opportunity to select their artists to provide some tunes to really showcase the label’s sound. We are very excited to launch our Labelcast series first with Cream Couture Records.

Although relatively young having only launched last August, Cream Couture has been making a name for itself with seriously impressive quality releases. Cream Couture came out of the gates swinging hard and hit major success with their first release ‘Gone Too Long’ by Him_Self_Her which had a solid run in the top on Beatport and has just been signed over to the infamous Crosstown Rebels. With a slew of successful releases in just over 9 months, it’s clear that Cream Couture has come into the game ready to play. Already bolstering an all-star lineup of artists such as Him_Self_Her, Kolombo, Sishi Rosch, Fabo, Max Chapman, Rebel and many more, from originals to remixes it’s all golden.

Our first mix for the Cream Couture is 4 Lovers series comes to us from Depaack, also known as Miguel Angel, who is the Head Honcho of Love and Label Owner of Cream Couture Records. Depaack himself is a DJ and producer who started his career in the underground scene in the late 90’s with influences across the board including his family roots from Cuba and Mexico adding a bit of the Latin spice which is still a big part of him.

I’m from Mexico City. The last 2 years I was living in Munich, Germany, but I move back to my Mexican paradise  of Playa del Carmen 4 months ago.

How was the scene when you were growing up? How did it impact you?

The scene in Mexico at that time was very underground, very magical, very pure, and well, thank to these amazing partys, since I first stepped in there, I thought it was my thing. Thanks to DJs and producers such as Phonique, Sasha, Trentemoller, and bands such as Pink Floyd, Depeche Mode, Underworld, Daft Punk, I’ve been able to use them as wonderful inspiration. That was the time in my life when I started taking it not only with the professionalism but also with the consciousness and responsibility of accepting this was my everything, my love, my only real passion. It wasn’t until 2006 when I was living in Buenos Aires, Argentina that I started DJing at Big One, which was one of the best places at the time, that I knew I’d be dedicated for Life to House Music.

Right now, I’m living in Playa del Carmen after being away for the last two years. I came back and I can now see a huge and a very strong twist in the whole scene here in Playa del Carmen. Since the last production of The BPM Festival and people who are working very hard here to bring amazing artists, I see a strong movement on the Latin American producers and labels.

Tell me more about the label, Where was it born?

The label was born Munich, Germany and it was based there for the last year. Sadly, I think, people see you different if you are in Germany rather than Mexico. I also believe it is important for other producers as well. And even though it wasn’t meant to be done like that, I think it really helped us to get a strong start.

How do you go about choosing your artists to fit your sound? What do you take into consideration when making your decision?

Well, in here, I try to not using nothing just my heart and soul when listening. I’m a natural soul dancer, dancing is the therapy for my soul and what I search is the music that touches the heart or music that really puts you to dance & bounce. We have a very strong team of A&R and we discuss everything together, Zaid Hashmi, Justinas Sandakas, Nick Sanders, and Zuckre also do collabs on that so we feel blessed with the family we are .

What has been the hardest part about running a label?

I think the hardest was that I have to take responsibility of all the artist we sign and put my self to the side, not just as artist, also in my music projects. I have to quit working a lot, now if I can have 1hr or 3 hrs at the studio is to much for making music for one of my projects. It has also been challenging to be conscious of the responsibility that now is the dreams from others artist that we have in our hands and we have to work for it as best as we can. But in the end, when I see and feel the satisfaction, everything is worth it. I can not feel more grateful from the deepest of my soul.

Anything special to look out for in 2013?

I’m very exited about the Subsonnik EP, my project with Danny De Goyl, coming out with huge remixs. For Cream Couture, we are launching our boutique sublabel Autentik Distryk, which is gonna be focus on just original stuff. Very musical, bands, no sampling. After a couple months is coming another new baby that it will be the prime line of Cream Couture Records. More selective, exclusive and fine, Cream Couture will now register worldwide as a mother company. This year it will be a great year because it will be born a new brand. Vinyls, CDs, clothes, show cases and the open of the new agency, so definitely this 2013 is gonna be a year to remember for CCR & CCR fans.

Three words to describe the label