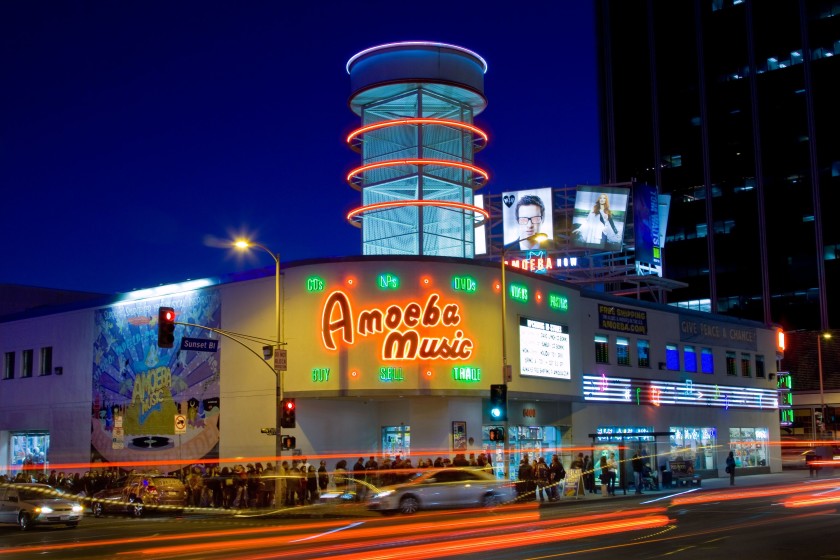 After a month of speculation, Amoeba Music has announced they have “no choice” but to close their original store at 6400 Sunset Blvd.

Opening in 2001, the closure has hit the business hard since the statewide stay-at-home orders were announced back in March. However, this is far from the end for the iconic music store who confirmed opening in a new location, possibly in the fall at 6200 Hollywood Boulevard.

In a statement, Amoeba said: “This is heartbreaking for us. We never envisioned not being able to give the store the send-off it deserves, to give you all a chance to say goodbye.”

Trouble had been brewing at the store for a while after developers bought the 24,000 sq ft space back in 2015 for a reported $34M and had plans to redevelop the area as apartments. In mid-April, a GoFundMe page was set up to offset the costs incurred by the Coronavirus shutdown, which included rent and bills for their LA and San Fran stores and health insurance for some 400 employees, but to no avail.

“The plan was to close the Sunset location in the fall and then move to the new site as soon as possible while moving operations to its new space.” Said Jim Henderson, Co-Owner of Amoeba speaking to LA Times, “That now will not be the case, with the Sunset store having served its last customer and housed its final performance.”

More on this as the story develops.