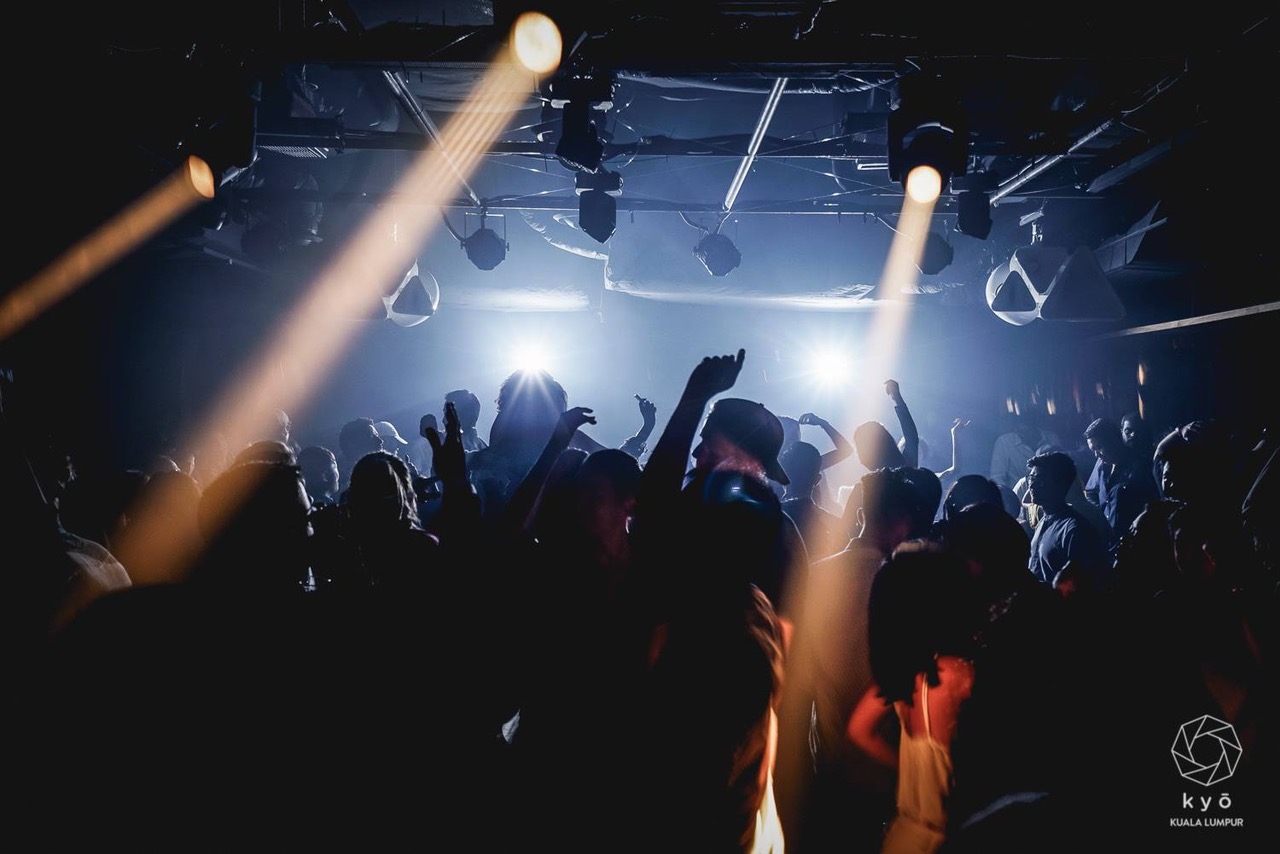 Monday July 23rd 2018 (Kuala Lumpur, Malaysia) – Situated in the heart of Kuala Lumpur under the city’s iconic Petronas Towers and inside the plush Mandarin Oriental Hotel, club kyō has descended upon Malaysia’s capital city as a party den and catapulted its burgeoning underground music scene into one deserving of a place on the international music map. The kyō brand debuted in Singapore more than three years ago and has consistently pulled in praise from local and international DJs, artists, lifestyle tastemakers and party-goers. It’s impact on the city’s swift and staggering rise was also the focus of a panel discussion at Wired Music Week last month – a sign to the international circuit that KL is city amongst other global party capitals.

Offering a boutique and bespoke environment for discerning music lovers that’s been likened to a cinematic musical playground, the 6,000 sq ft venue borrows design and conceptual elements from Japanese art and theatre. The 770-person capacity club opened in December of 2016 with an investment of £2.3 million apportioned into two multi-sensory spaces – kyō being the flagship main room and ren its smaller and sultrier second space. A large portion of the budget went into outfitting the kyō with a monstrous speaker setup, which comes courtesy of Void Acoustics, Stasys and Eastern Acoustics (see below).

“We built kyō on the ethos of escapism,” explains kyō founder and director Godwin Pereira. “It’s an underground space designed to encompass the multi-faceted expressions of personalities that fill the space, by providing a comfortable environment where guests feel free to indulge in creature comforts. It’s a boutique style of clubbing meant to feel more like home than a super club.”

Before opening, Godwin said that he believed the underground club concept would bring a new dimension to the nightlife scene in KL and set his sights on it becoming an iconic destination in its own right.

“Kuala Lumpur has the right elements for a club concept like kyō to thrive,” Pereira shares. “It has a cosmopolitan dynamism and a music scene teeming with numerous subgenres and collectives, although there is yet to be one specific venue that caters to all of these genres. Kyō KL was created to fulfill this purpose: Housing a spectrum of genres both up-and-coming and forgotten, to bring together a community of music lovers who can enjoy these in one venue.”

You could you could say its nearing mission accomplished for the club as it’s transformed Kuala Lumpur into Asia’s latest party outpost. Since closing the curtain on its first year, the subterranean space has been matched with a host of talent catering to music lovers including Seth Troxler, Pan Pot, Jeremy Olander, Dubfire, &ME, Talib Kweli. Over the next three months, a polished weekly calendar will welcome the next selection of heavyweight names to appear in KL for the first time like Len Faki, Mano Le Tough, Ben Gold, Nakadia and Cosmic Gate. kyō has also engaged in a partnership with renowned London nightclub The Egg that will see the brand head to London in October.

See the confirmed line-up for August, September & October below.