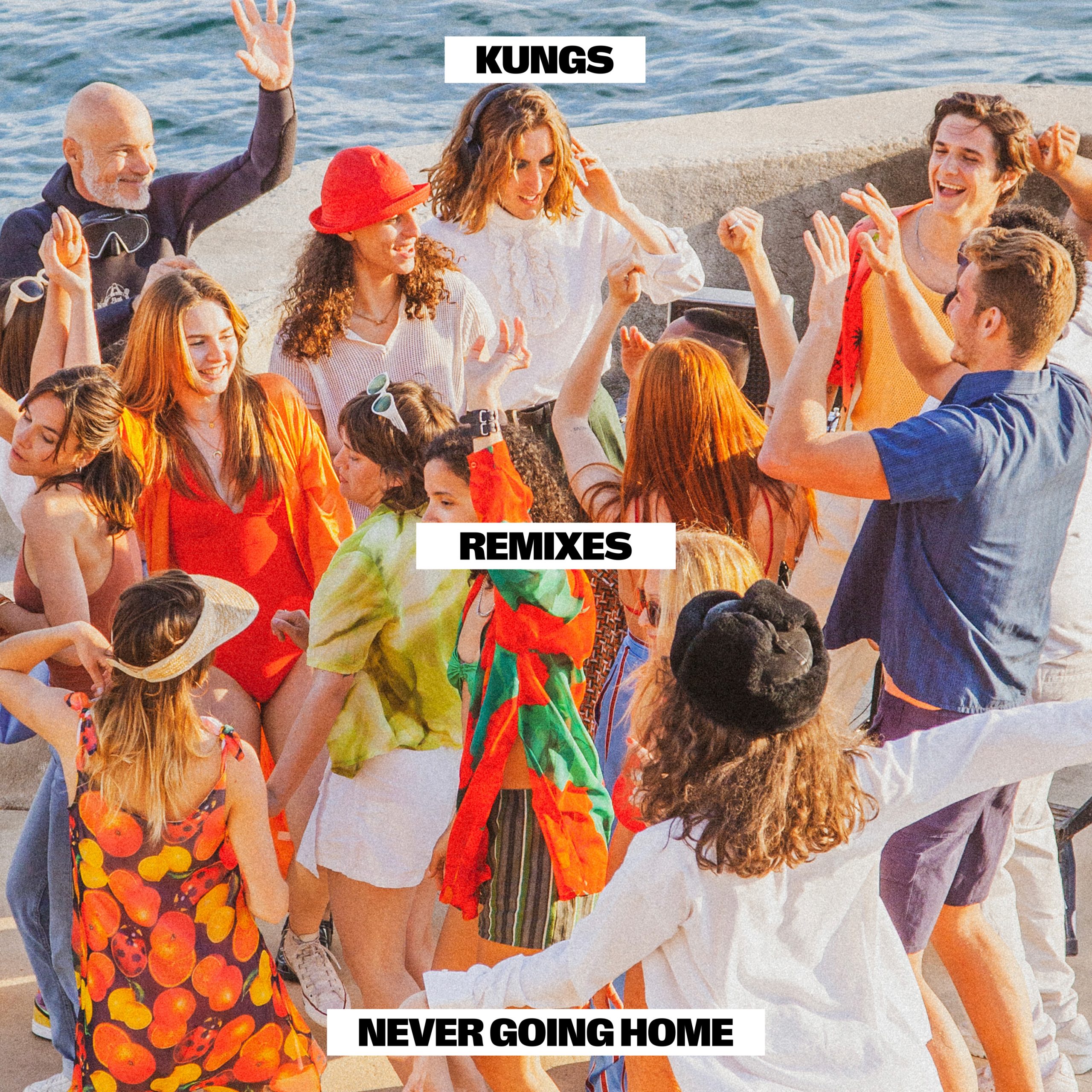 The five-track package opens with esteemed remixer Domenico Torti’s blissed-out edit, a downbeat take that loses none of the magic of the original. Next up, the remix from fellow French artist Upsilone sees ‘Never Going Home’ turned into an anthemic, piano-driven banger, Austrian talent Toby Romeo drops a bass-heavy trance remix and Running Back label boss Gerd Janson ramps up the cosmic vibes with his club-ready ‘Euro Pop Version’. Closing things out, Belgian DJ and producer Lost Frequencies delivers a poignant rework characterised by shimmering pads and refined breakdowns.

A certified hit, ‘Never Going Home’ has surpassed 55 million global streams across all platforms and counting. The single is continuing its rapid ascent up various Spotify and Shazam charts across Europe, has peaked at #7 on the global Shazam Chart as well as  hitting #1 on the Electronic global Shazam Chart. The track will feature on Kungs’ forthcoming album, due out later this year, alongside his new club track ‘Regarde Moi’, which sees him tap into his trademark sunkissed house sound.

A shining star in the modern French electronic scene, Kungs boasts more than 2 billion streams across his back catalogue, with huge global hit ‘This Girl’ reaching #1 in 45 countries. In the UK, the single has sold over 1.5 million copies, is certified double platinum and peaked at #2 on the official chart. His debut album, Layers has sold over 1.2 million copies around the world and received a coveted French Grammy while, more recently, his remix of Dua Lipa’s global hit ‘Don’t Start Now’ has clocked up over 10 million Spotify streams. Marking his first release of the new year, ‘Never Going Home’ followed his 2020 single ‘Dopamine’ featuring UK singer-songwriter Jay Hart.

Ron Costa Returns to There Is A Light with Koi EP

KAS:ST unveil A Magic World remix package Mind Against, Radio Slave & Anyma are amongst the contributors

Vander – Vamos A Bailar (and remixes)