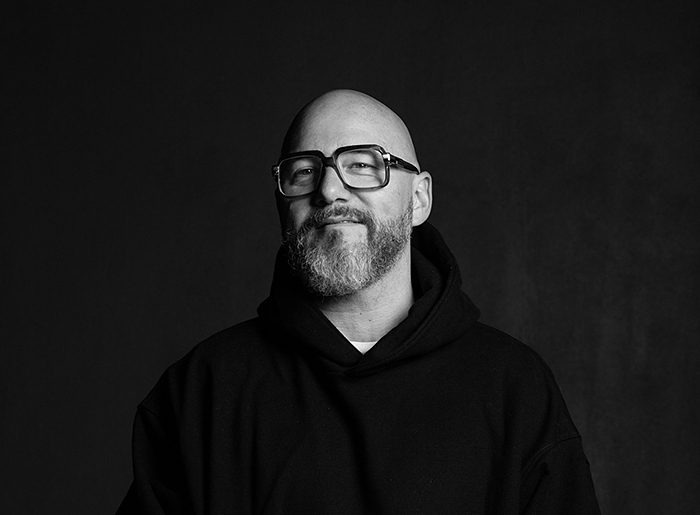 We also had a chance to chat with Olivier about the string of releases that have dropped in the last few weeks, and what’s to come from him in 2019. Check it out below!

“O Ride O Ride” is out now, via Dirtybird.

First off, thanks for chatting with us, Olivier!  Can you start by telling us how growing up in Belgium / Europe shaped your musical tastes from an early age?

Thank you guys, very glad on talking to you!

Around end of 80’ beginning of 90’s it was the start of electronic music in Europe, especially in Belgium. New beat it was huge with artists like 101, Le Dust Stucker and Space Opera, but I was always more into hip hop and scratching techniques.

Throughout your countless releases we can clearly hear US influences, such as house and hip hop, greatly inspiring your sounds…

That’s right! Most of my influences come from US, actually. I was inspired by DJ Premiere, Afrika Bambaataa, Jazzy Jeff and DJ Red Alert to name a few on hip hop side, all from US. On house side, of course the legends Todd Terry, Frankie Knuckles, Kenny Dope, DJ Pierre, Armand Van Helden and many many, many more!

Will you be keeping that mood and inspiration intact in 2019? Or maybe you’ll be updating your sound somehow?

Yeah, kind of. I always keep my roots on hip hop and house in evidence, but lately I’ve been playing a bit harder, going more to techno, but it’s a mix of all.

Now it’s time for you to unveil your forthcoming, and exciting number of releases, starting with your new track on Claude VonStroke’s Dirtybird, out in March… Quite the Spring season you have coming your way!

I couldn’t be more excited about my next releases! As you mentioned, I have my 2nd release with Dirtybird and also a debut on Repopulate Mars in May. I also had fresh new demos  to be released. The spring season will start busy touring in Europe, Mexico and South America before the European summer.

It would be great if you could give us some more details about the collab with Ron Carroll. Is he the same artist who signed “Wonderful World” with Bob Sinclar? How did you come in contact with him, and how was it working together?

Right! Ron is a really good friend from Chicago, I did a remix in the past for “Lucky Star” since then we’re connected. It’s been a long time we wanted to do something together. The vocals fitted perfectly on my 303 acid sounds like Chicago old school.

Let’s step into your studio for a moment… If you could only keep three bits of equipment from your studio, which would you choose, and why?

Roland Mks80 with MPG80 controller because this machine sounds kind of classic 80’s presets with nice pads and basses, but the controller is super sensitive, any change goes really deeper, when you find a special sound (like any other machine), don’t touch it anymore, otherwise you’ll lose it to have other crazy sound, but will not be the one you’ve got it before.

Roland Jupiter 4 Compuphonic it’s a typical massive machine of end 70’s sound from disco and funk, a beautiful piece! A lot of techno producers used in the past. Now days it’s really rare to have one in good conditions, because it’s really old. Actually I had one a long time ago, and it was completely destroyed, recently I’ve bought a new one in good conditions, because I was missing it. I use a lot this one in my music.

Siel Opera 6 it’s an insane synth! I’ve bought this one in a flea market next to my city Namur, probably 10 years ago. It’s broken ever since, it’s detuned but that’s what’s made it unique and sounds very amazing sometimes. I don’t use a lot, but for effects and to find special sounds it’s still working well for me.

Are you by a chance visiting us in Miami this Winter Music Conference 2019? If not, when will Kolombo be spinning records here in the US?

No, this year it won’t be possible as I have tour scheduled. Working on a US tour, hopefully for the 2nd half of the year.

Can you give us your 5 top tracks at the moment?