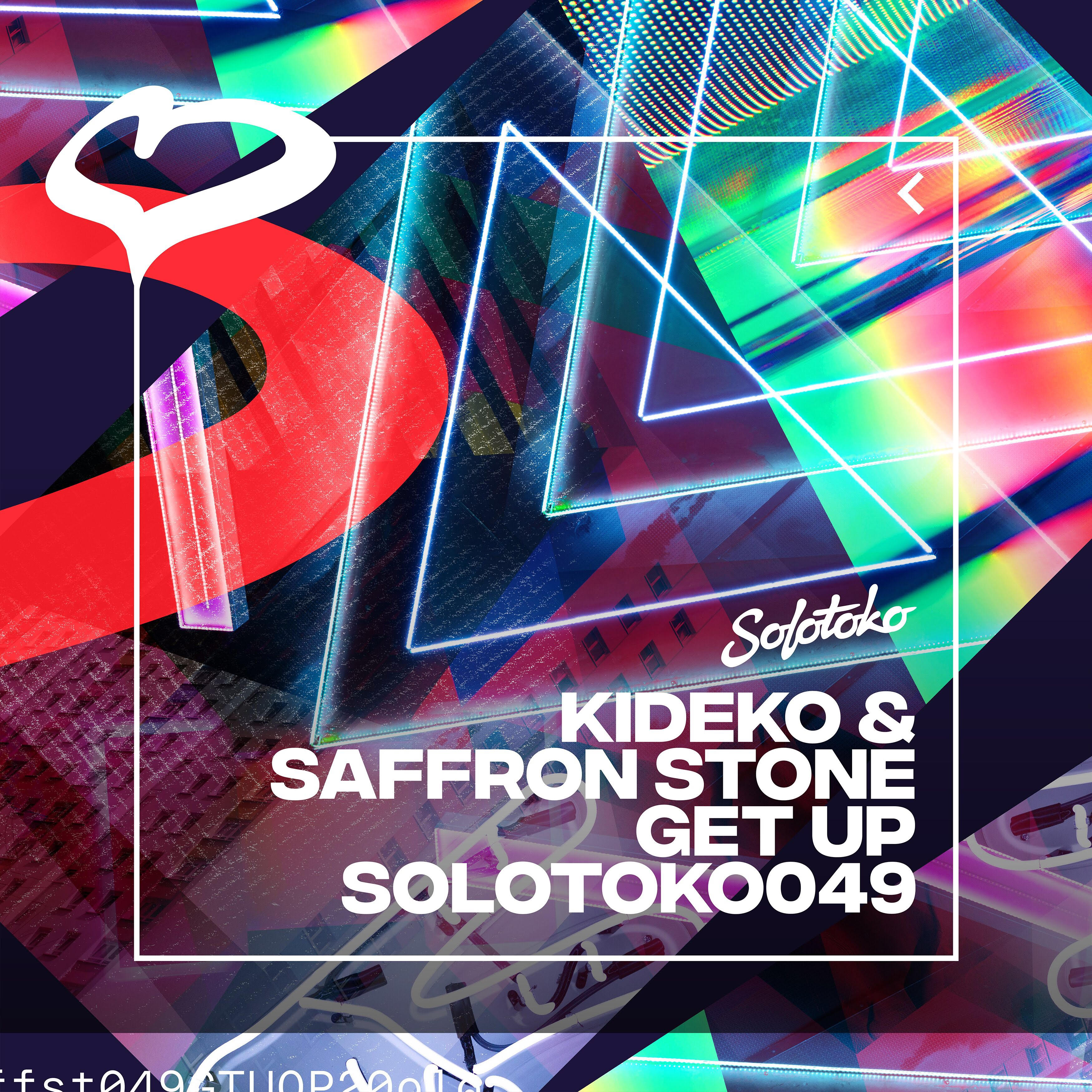 Following Saffron Stone’s 2019 releases GLOW and Beatport no.2 Starstruck as well as Kideko’s Around The World, the two rising producers now join forces for their first release of 2020 with new single Get Up on Sonny Fodera’s esteemed Solotoko imprint.

Known for productions that tear up intimate club rooms and gigantic festival fields alike, Kideko is a producer swiftly rising up the ranks with releases over the past few years like Crank It which received a BBC Radio 1 Hottest Record and Future Anthem. Continuing to make a name for himself Dum Dum (Instrumental) also received the same impressive Hottest Record and Future Anthem titles, marking the Brighton native as a force to be reckoned with.

More recently, collabs alongside revered DJs like Friend Within with Burnin’ Up graced BBC Radio 1’s daytime playlisting and a R1 Dance Chart no.1. Whilst 2019 releases on the likes of Solotoko including Been A Long Time on Sonny Fodera’s RISE LP, Toolroom, Realm, Simma Black and Cr2 have accumulated over 5 million streams combined.

Meanwhile, in regular demand at Solotoko shows, Saffron Stone has been building a loyal fanbase who can’t get enough of her jacking house tunes. Following her initial Solotoko releases Starstruck and GLOW EPs last year, Sonny Fodera voted b side Love Trap as one of the best tracks of Ibiza 2019 with Mixmag.  Whilst GLOW landed an amazing presence on Spotify with adds to major playlists like You Can Do It and UK House Music, along with receiving an impressive 355K streams.

Experiencing an equally exciting show schedule, 2019 also saw Saffron Stone play the likes of The Warehouse Project, Tobacco Dock, We Are Fstvl Mint Warehouse, Ministry Of Sound, Ibiza Rocks and many others. Paving the way for an even bigger 2020, Saffron Stone is firmly cementing her signature stamp on the scene.

Building to a mind blowing sample, Kideko and Saffron Stone’s Get Up on Solotoko reimagines House Of Pain’s Jump Around into a grooving house heater destined to ignite dancefloors globally.

Kideko, Saffron Stone – Get Up is out now via Solotoko.