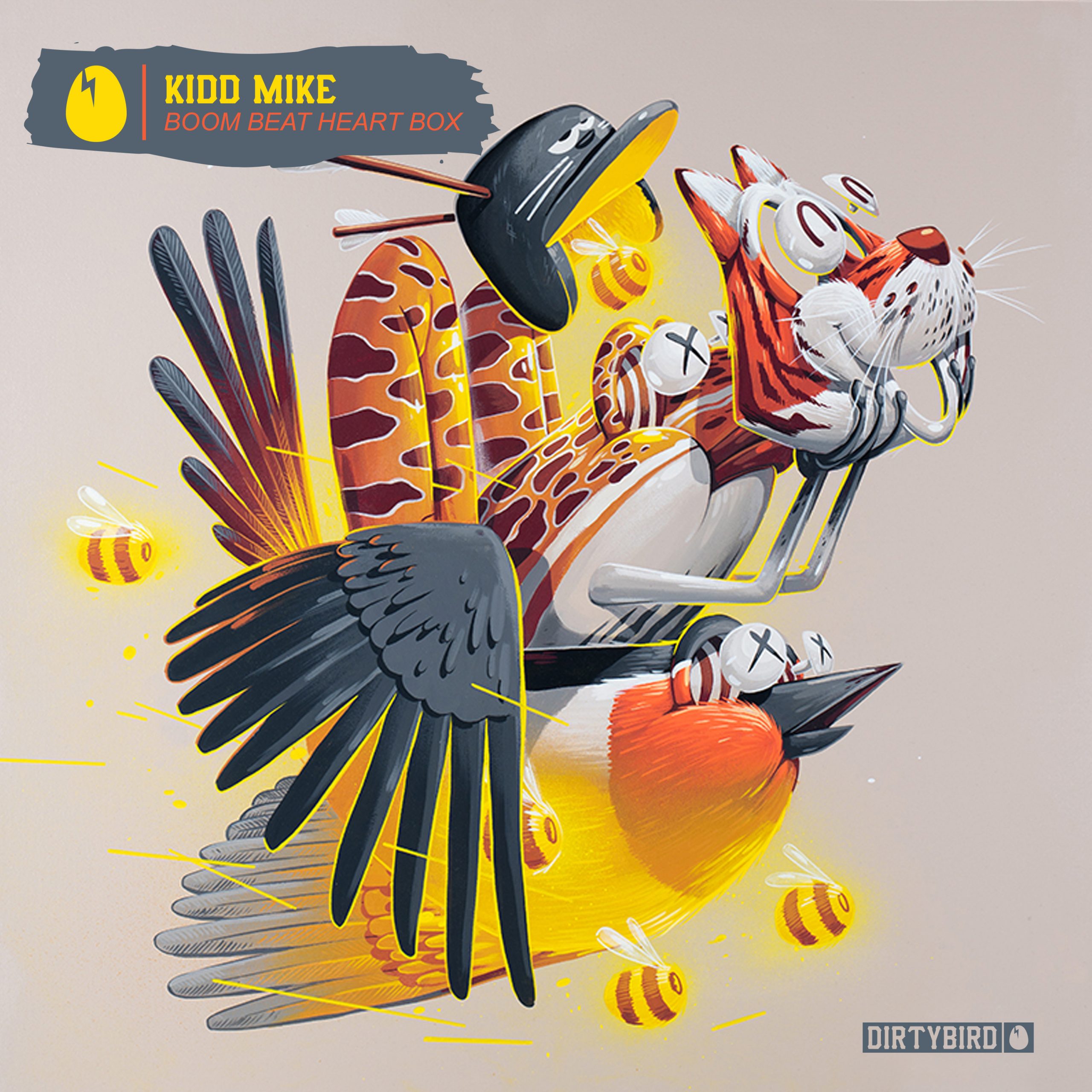 Dirtybird’s debut release from Kidd Mike continues to explore the dark and moody side of techno and house music. Thriving off a hypnotic vocal and rolling bass lines, ‘Boom Beat Heart Box harnesses the experimental nature ingrained in each Dirtybird release with its seductive low-end production. A father himself, Kidd Mike’s Dirtybird debut is a fitting hit on Claude VonStroke’s ‘Your Dad Plays Great Music’ Tour getting regular spins at each show across the US.

Regarding the track, Kidd Mike said, “I wanted to produce a record that would have dance floors chanting along as they’re hypnotized by this vocal while they bounce away to the rolling bassline that carries the groove.”

South African-born Kidd Mike started producing his upfront flavor of tech-house in 2009, when he first moved to the UK, immediately engrossed by the edgy sound of the underground house scene. With a few releases on some smaller labels based in Ibiza and Hungry under the alias Stealth Labs, he gave up production in 2013 to focus on being a dad. When the pandemic hit in 2020, Mike made the decision to pour himself back into his one passion, crafting a sound that is designed to make you smile and move.

Kidd Mike invites fans to join him on the dancefloor with ‘Boom Beat Heart Box’.