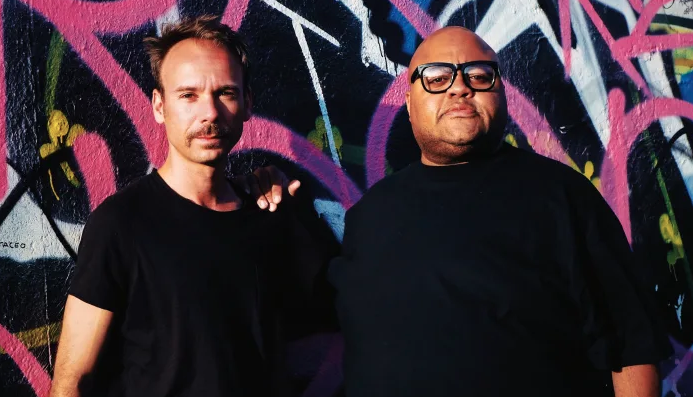 Produced during lockdown in Kevin Knapp’s hometown of Berlin, the second episode of his pioneering Beats N Eats film series focused on two venues that are both emblematic for the city’s vibrant food scene and also a great example how inventive and resilient many venues are having to be in order to survive.

Beats N Eats in the series that marries two of Kevin Knapp’s greatest passions: house music and food. In episode two of the series, Kevin visits two Berlin eateries that – like so many others around the globe – have had to completely change their operations in order to survive during the coronavirus crisis, without comprising on what makes them so special: the food.

The first is Barra, a small neighborhood restaurant in Neukölln that opened less than two years ago as a pop-up supper club. After Barra was made to close in mid March, they reinvented themselves within 48 hours as a fried chicken sandwich take away spot. The sandwich has become probably the most Instagrammed sandwich in Berlin and they’re also well-known for their eclectic music programming, so of course Kevin had to pay them a visit.

The second venue is bttr, a juicery and nutmilk bar in Kreuzberg owned by Janne Kaas. Even during lockdown people are lining up in front of her store where the staff serve ginger shots or green juices, and bttr recently received an anonymous donation that enables them to deliver a daily selection of their juices to the Charité Hospital, where nurses and doctors get the juices as a special treat as part of the ‘cooking for heroes’ program.

At home, Kevin talks us through one of his favorite family recipes, goes behind the scenes on his regular Captivity Cuts stream, and as with all Beats N Eats episodes there’s a healthy dose of A-grade house music from Kevin and beyond.

If there’s one thing – other than house music – that Kevin Knapp knows, it’s good food. Several years in the making, Beats N Eats is the brainchild of Kevin and his creative partner Mario Münster who set out to launch a series that married the two separate but interconnected worlds, travelling round the world to meet chefs, musicians, DJs and anyone who shared their passion.

Stay tuned for future Beats N Eats episodes, including one already produced in San Diego during CRSSRDS Festival 2019 and another one planned for production in Colorado later this year.