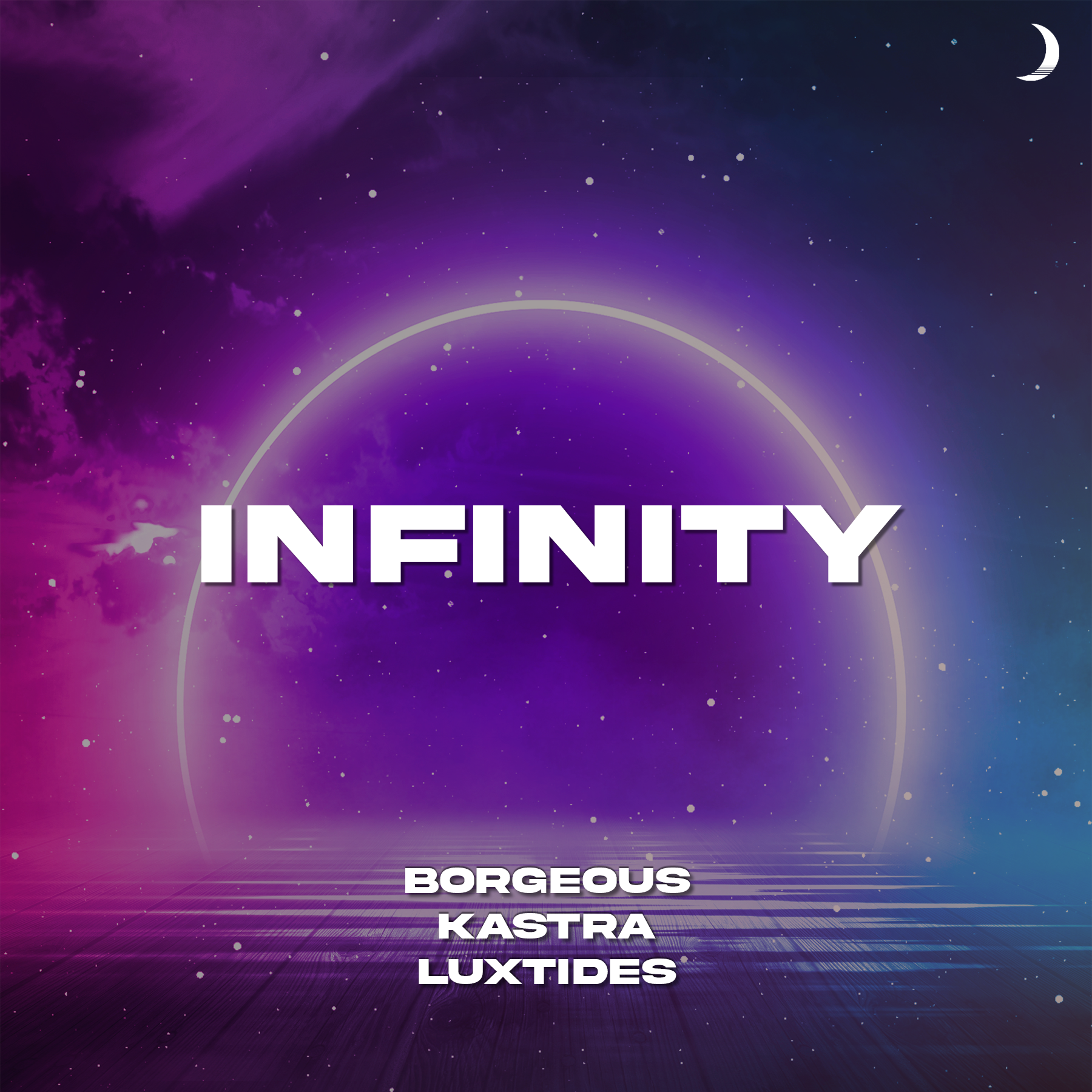 Ahead of his debut at the inaugural Creamfields Thailand, Kastra brings bliss to his inspired melodic house collaboration with Borgeous and GRAMMY-nominated vocalist Luxtides, out May 6th on Geousus Records. The hopeful track swells with its energetic tempo and heartfelt lyrics, showing a new depth to Kastra’s production in this unique single. “Infinity draws from nostalgic times of the 2010s EDM boom in the US,” the New Jersey producer explains. “I wanted to create something that captures that same feeling of immortality that those rite of passage songs did.”

Writing the lyrics came easily to Luxtides, who was recently recognized by the the Recording Academy for her single with David Guetta and Afrojack. Speaking about “the challenges we face in relationships, whether it’s physical distance or emotional baggage, but trusting in each other enough to pull through no matter what,” Luxtides “wrote it in a sunny apartment studio in Brooklyn with my super talented friends Lena Leon and Allie Crystal, then Kastra and Borgeous jumped onboard, and took it to a completely new level sonically. It’s always super cool to hear something I wrote with my friends that started as just a vocal and piano becoming a fully produced track, and these guys really captured the feels with this one.” Geousus Records head and co-producer Borgeous shares this sentiment, claiming “Infinity is a song that possesses the power to transform the listener to a place where time ceases to exist. It was a total blast to work on this project with Kastra and Luxtides, and I hope you all like it as much as we do.”

Born and raised on the Jersey Shore, a community deeply rooted in music history, Kastra (Ray Decker) is a true product of his environment. Kastra has previously released various singles and remixes on Armada Music, Spinnin Records, Ultra Music, Enhanced Music, Dim Mak, and Ministry of Sound. “Wassup,” his record with Fatman Scoop and Timmy Trumpet, has racked up over 12 million Spotify plays and went to #1 on Australia’s Radio Metro. Continuing his definitive impact on dance music, Kastra released “U & Me” with twoDB, which was selected by BPM on Sirius XM as a BPM Breaker. It went on to be his first top 10 Billboard Dance record rising to the position of #8. Later that year his cover of Fergie’s “Glamorous” would give him his second top 20 Billboard record rising to the #16 spot. He has done official remixes for Ava Max, Showtek, 3LAU, Justin Caruso, Madison Mars, Sultan + Shepard, and many more. Kastra has toured all over the US and is poised to take his show international. In late 2020 he signed with Ultra Music, and is set for another landmark year with his most ambitious music yet.