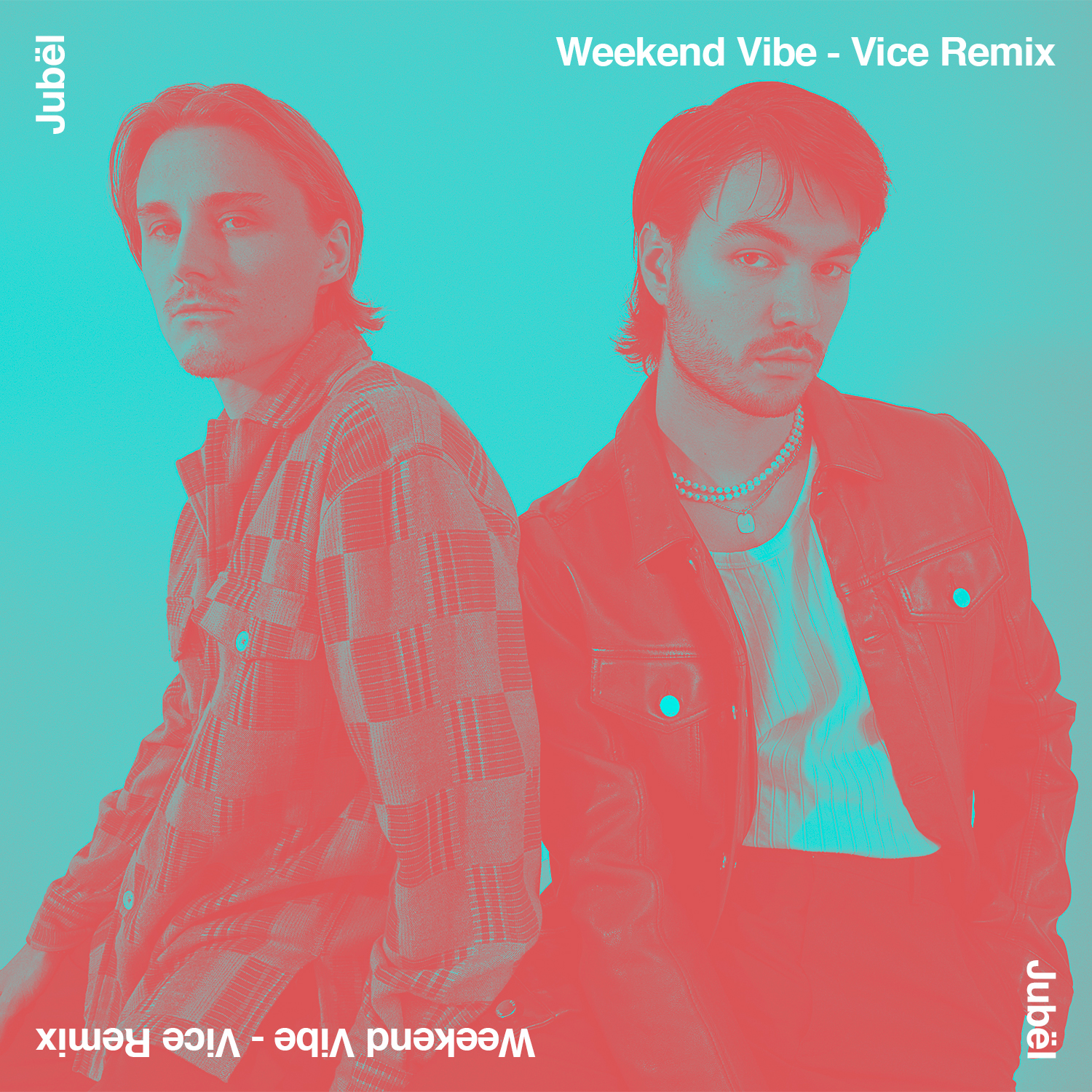 Chart-topping electronic duo Jubël have received a fresh take on their pop-forward summer anthem ‘Weekend Vibe,’ from staple Los Angeles DJ and producer Vice. Vice offers up a darker shade to the catchy pool-party heater, that effortlessly transports the track and its listeners to cocktail hour at the hippest LA rooftop.

On the remix, VICE commented — “When I heard the original version, I knew I could add my own twist to it! Weekend Vibes are what I am all about since pre-pandemic I’ve been djing every weekend!”On March 26th a remix by US based DJ/producer Vice will be released

Swedish pop duo Jubël have been climbing the charts with their latest single “Weekend Vibe” since its release in January of this year. The toe-tapping groove saw support from the A LIST on BBC Radio 2, and has accumulated over 50 million views on TikTok, and has also remained in the Top 30 Airplay Chart in both UK and Sweden. The duo rose to stardom last year, as their 2018 remake of the 1970’s classic ‘Dancing in the Moonlight ft. NEIMY’ found renewed worldwide success, reaching over 220M+ streams across platforms, and earning an official remix from dance music superstar Tiësto.

Vice’s production prowess has taken him all over the world, having held DJ residences at notorious venues like Marquee (Las Vegas and New York), LIV Miami, and Avenue in Los Angeles. He’s graced the festival stage at events such as ULTRA Miami, Nocturnal Wonderland, and Electric Daisy Carnival, and has collaborated with some of the biggest names in across genres, including British singer-songwriter Estelle, Rihanna, Capitol Cities, Linkin Park and Kelly Rowland. Having signed recently with Atlantic/APG, Vice continues to release music that compliments his genre-bending sound.