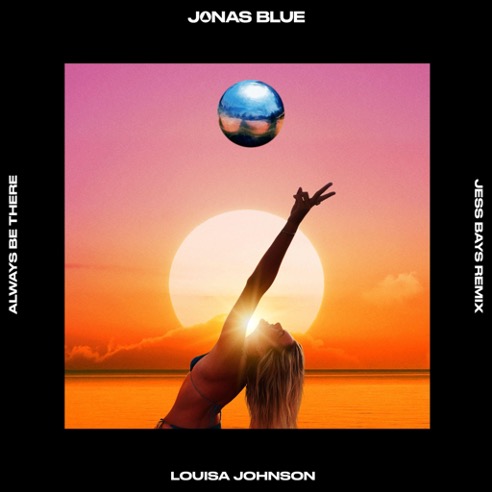 Fast-rising DJ and producer Jess Bays has dropped a club ready house remix of the Jonas Blue and Louisa Johnson collaborative hit ‘Always Be There’, out 21st October.

Firmly centred on the dance floor, the Jess Bays remix of ‘Always Be There’ is characterised by euphoric breakdowns and a deep, chunky slap house bassline. Already amassing 7 million global streams, the track has received radio support from the likes of BBC Radio 1, BBC Radio 2 and Kiss FM. It was also recently performed live by Jonas and Louisa at Pacha Ibiza.

Across all of his releases – which include ‘Fast Car’, ‘Perfect Strangers’, ‘Mama’ and ‘Polaroid’ – Jonas Blue has amassed more than 17 billion global streams, 78 million single sales and 130 Platinum certifications. The first half of the year saw the producer release singles including Why Don’t We collaboration ‘Don’t Wake Me Up’ that achieved over 160 million Global Streams. Jonas’s debut album, Blue is certified Gold in the UK and US and was winner of the Brit Breakthrough Award. His recent high-profile output includes his remix of ‘Run Into Trouble’ by Alok and Bastille, and his remix of ‘My Head & Heart’ by Ava Max which he also co-produced.

A typically stacked 2022 touring schedule has included a residency in Las Vegas, regular Ibiza shows, numerous back-to-back sets with Dutch DJ and producer Sam Feldt – his partner in their new collaborative project Endless Summer – and countless high-profile festival performances at the likes of Creamfields South, Lollapalooza and Fuji Rock Festival. Looking ahead, he will play a sold out Amsterdam show during ADE, Johannesburg, Cape Town, Chicago, LA, Boston and Dubai before the end of the year.

Following chart success with singles ‘Best Behaviour’, ‘So Good’ and the Clean Bandit smash ‘Tears’, Louisa has accumulated over 300 million worldwide streams. After winning the twelfth season of X Factor at the age of 17 – the youngest ever contestant to win – her debut single ‘Forever Young’ reached #3 in the UK charts.

A testament to her raw passion, ambition and dedication, Jess Bays has fast become one of the standout artists to break through in the past 18 months, by gaining incredible momentum at a time when the world has been changing rapidly for us all. Her touring schedule has led her to become Resident DJ for Defected, and her recent show highlights include Fabric, XOYO, Printworks, Ministry of Sound, Studio 338, Warehouse Project, Parklife Festival, Creamfields South and Reading & Leeds Festival to name a few. As a broadcaster, Jess has hosted regular shows on Capital Dance and Rinse FM, while her releases have gained 50 million streams in total and produced remixes for the likes of Rudimental, Becky Hill and Jax Jones.

The scintillating Jess Bays remix of ‘Always Be There’ further ramps up the dance floor credentials of one of the year’s best pop tracks.