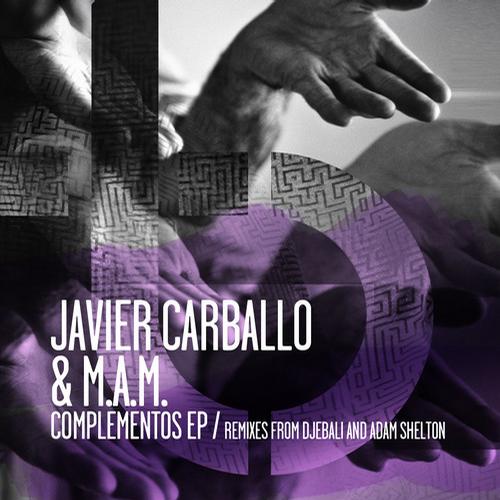 The Turquoise Blue imprint has taken huge strides since launching in 2011, the attentive A&R nature of the label-founders, has led to original material and remix work on the label from the likes of Alex Arnout, Laura Jones, SLOK and Basic Soul Unit. Here the label enlists the services of Spanish duo Javier Carballo and M.A.M who between them have released with many leading modern imprints in the industry, such as Surface, One Records, FINA and Back and Forth.

The original mix of title track ‘Complementos’ kicks things off, tipping the focus towards a raw, drum-driven vibe, as the duo employ an amalgamation of organic percussion, with penetrating low-end tones adding weight to the groove. Things slowly bloom in this state with subtle delays tucked away in the background adding a further depth, before the centre stages see an smooth pad line eased in, adding an ethereal shimmer to the sturdy rhythm based cut. Hyped Parisian artist, Djebali, reshapes ‘Complementos’ next with his ‘Cities Remix’, the mix embraces a rugged feel with loose drum programming, while a resonant sub-bass hook adds energy to the movement of the record, and dubbed out Rhodes licks add musicality.

‘Snake City’ opens the latter half of the single, again seeing the duo opt for a natural percussive vibe, yet skillfully blending this with gritty electronic elements, such as sweeping synths and an acid infused bass hook. Man of the moment Adam Shelton turns in a mix of ‘Snake City’ to follow, the One Records head honcho, stamps his trademark house sound on the original number, with shuffling snares, hi-strings and ever-evolving automation touches such as expansive reverb bursts and elongated delays on the vocal snippets, as expected pure class. Then finally to close the EP we have ‘Long Night’ a dub-inflected house record built around bumpy 4/4 drums, heavily processed stabs, bulbous bass tones and low-pitched vocals.